The absurdity of it all would be comical if the consequences were not so extraordinarily dire.

One man is dead, shot to death by officers at a roadblock. Father and son ranchers are in prison serving mandatory five-year terms under an antiterrorism law. Nearly two dozen others are in jail facing charges of conspiracy, impeding officers, intimidation, assault, obstruction of justice, extortion, aiding and abetting — all of which could lead to lengthy prison terms.

The root cause of all this?

Two minor grass fires that burned 140 acres of federal public land and some bureaucrat’s silly assumption that cattle might be harmful to desert tortoises. All occurring years ago, but simmering and stewing until they have reached the point of boiling over.

Somehow the situation has escalated from the trivial to the tragic because of base bullheadedness and naked intransigence on both sides.

In 2001 the Hammonds started a fire on their own property to burn off juniper and sagebrush. The fire escaped their property and burned 139 acres of Bureau of Land Management land. The fire probably improved the land.

In 2006, lightning started several fires and the Hammonds set a back-burn fire to try to prevent the fire from spreading to their crops and buildings. That fire burned an acre of public land.

Dwight Hammond and his son Steven were charged and convicted under the Antiterrorism and Effective Death Penalty Act of 1996, which carries a minimum sentence of five years in prison, but a federal judge declared that was ludicrous and sentenced them to lesser terms, which they served.

But bullheaded BLM managers appealed and got a federal court to send the pair to prison for the full five years for accidentally burning 140 acres.

This ridiculous miscarriage of justice prompted a protest march, after which a few of the participants decided to engage in some civil disobedience and occupy a building on a federal wildlife refugee — sort of like college students occupying the dean’s office, only with side arms and rifles.

Ironically, the occupation prevented a planned controlled burn of 4,000 acres to remove invasive plants and brush that fuel wildfire.

Among the occupiers were Ammon and Ryan Bundy, sons of Cliven Bundy of Bunkerville. All the occupiers have since been arrested, but Arizona rancher Robert “LaVoy” Finicum was shot to death after he tried to skirt a roadblock. Authorities said he was reaching for a pistol inside a coat pocket.

At one time there were 52 cattle ranchers in Clark County. Cliven Bundy is or was the last. 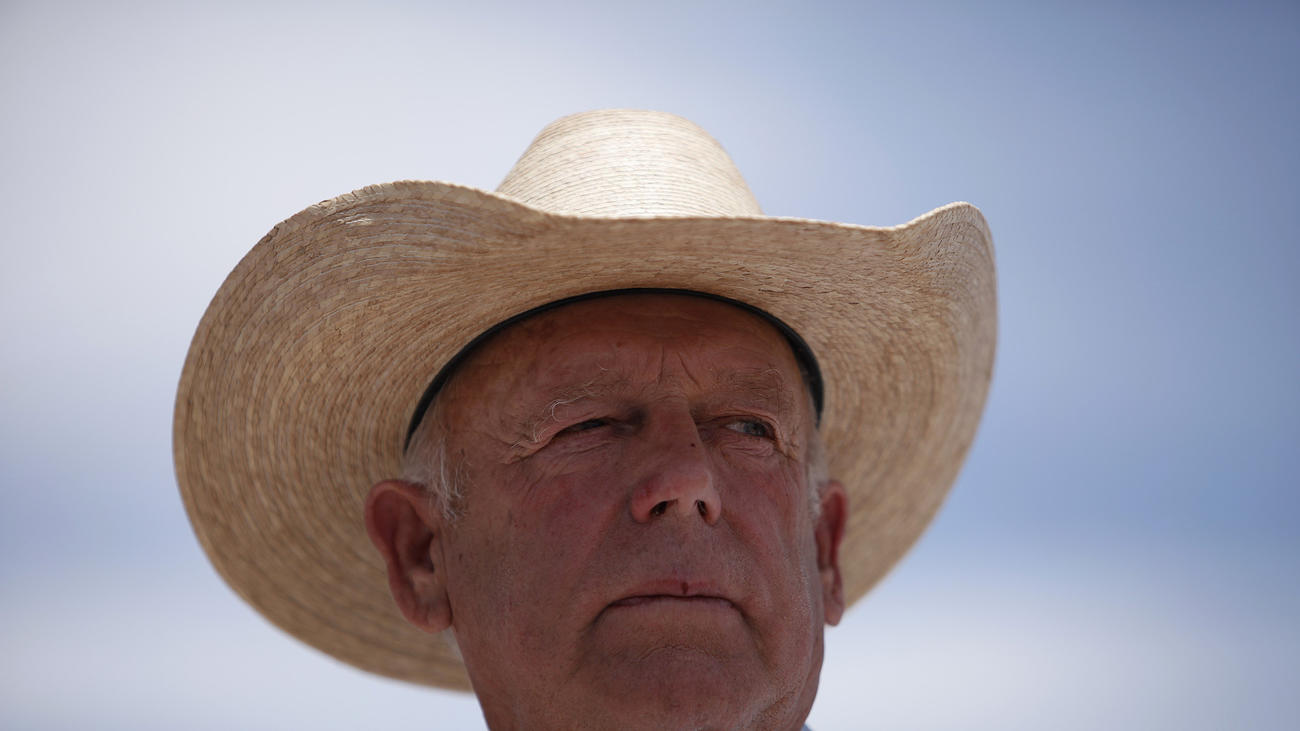 More than 20 years ago the BLM told Cliven Bundy he could not graze his cattle in the spring because they might step on newly hatched tortoises, despite the fact biologists have proven tortoises thrive in areas where cattle graze.

He was told he could graze from July to February, though desert range cattle actually lose weight during those months. To comply he would have to sell all his cattle for slaughter and go out of business.

He refused and stopped paying grazing fees. In 2014 the BLM sent out contractors to confiscate Bundy’s cattle, backed by an army of heavily armed agents and rangers.

In response, hundreds of self-styled militia showed up for a showdown. Rather than risk a bloody gun battle the BLM backed down.

This past week Cliven Bundy and four unnamed co-conspirators were indicted on six counts of violating assorted federal laws as a result of that confrontation. Bundy was arrested as he arrived in Portland, where his sons are already jailed. All the co-conspiracies were already in custody. (Cliven-Bundy-indictment)

The 32-page indictment accuses the 69-year-old Bundy of violations of federal law that could result in imprisonment of up to 50 years.

The indictment reads in places like a description of a Civil War battle, describing the deployment of snipers on higher ground and positions being vulnerable and exposed.

On April 12, 2014, at about noon, according to the indictment, “over 400 of BUNDY’s Followers had converged upon the Impoundment Site, many of the Followers were comprised of Bundy’s militia openly brandishing assault rifles, others bearing side arms, the combined group grossly outnumbering the officers that protected the site.”

It all started with disagreements over tortoises and tiny grassfires, but both sides escalated the conflict beyond any rational perspective.

Both the Hammonds and the Bundys were basically accused of civil breaches that could have been handled with fines, liens, garnishments, anything short of armed confrontation and lengthy prison sentences.

So many lives ruined for so little reason.

A version of this column appears this week in many of the Battle Born Media newspapers — The Ely Times, the Mesquite Local News, the Mineral County Independent-News, the Eureka Sentinel, the Lincoln County Record and the Sparks Tribune — and the Elko Daily Free Press.

Update: This week federal prosecutors updated the indictment to name the previously unnamed co-conspirators and further described their activities during the Bunkerville standoff.

The indictment details what Bundy and a Peter Santilli, described as an internet blog radio host from California, said on the internet to entice people to come to the ranch.

Probably not protected free speech. The Supreme Court has said, “Freedoms of speech and press do not permit a State to forbid advocacy of the use of force or of law violation except where such advocacy is directed to inciting or producing imminent lawless action and is likely to incite or produce such action.”