A month ago the U.S. House passed on a near party line vote of 224-194 a bill dubbed the Protecting the Right to Organize Act, or PRO Act. Among other things the bill would nullify state right-to-work laws, such as Nevada’s 66-year-old right-to-work law and those of 26 other states. Workers would be forced to pay union dues in order to keep their jobs.

All three of Nevada’s Democratic representatives — Dina Titus, Steven Horsford and Susie Lee — voted for the bill. Titus and Horsford were co-sponsors. Republican Rep. Mark Amodei voted against it.

The chances of the bill passing the Senate this year are nugatory, but if Democrats retake a majority of the Senate in November its chances are much more likely.

In addition to killing such right-to-work laws the PRO Act dramatically tilts the playing field in favor of union bosses at the expense of employers and employees. For example, it would adopt a California law that forces many independent contractors to be covered by rules requiring overtime, meal breaks, leave time, workers compensation and unemployment benefits among other things.

It also would weaken workers’ basic right to a secret collective bargaining ballot instead of coercive card checks.

Union contracts could also be imposed via arbitration.

The National Law Review said of the legislation, “In all, the PRO Act would introduce a great deal of potentially harmful changes to the labor law landscape that may negatively affect American businesses and their employees. The bill seeks to institute increasingly complex legal strictures when labor law is already profoundly complicated and confusing. Instead of simplifying matters or assisting companies and unions in facilitating their businesses, the act would create a tangled web of regulations that would benefit organized labor at the expense of both employers and employees. Political prospects for the bill are dim in the U.S. Senate, but the PRO Act will now be the baseline for labor reform proponents should political winds blow differently in the future.”

“Business owners correctly view states that have passed right-to-work laws as being more welcoming and business-friendly than high-tax, forced-dues states such as California,” Mix wrote. “That is why federal Bureau of Labor Statistics data show that from 2013-18, factory employment growth in Nevada was more than three times greater than in Western forced-union states such as Colorado, Oregon and Montana.”

Mix further noted that in the past decade total employment for right-to-work states grew twice as much as it did in forced-unionism states.

Keep this in mind as you go to vote this fall. Your job may depend on it. 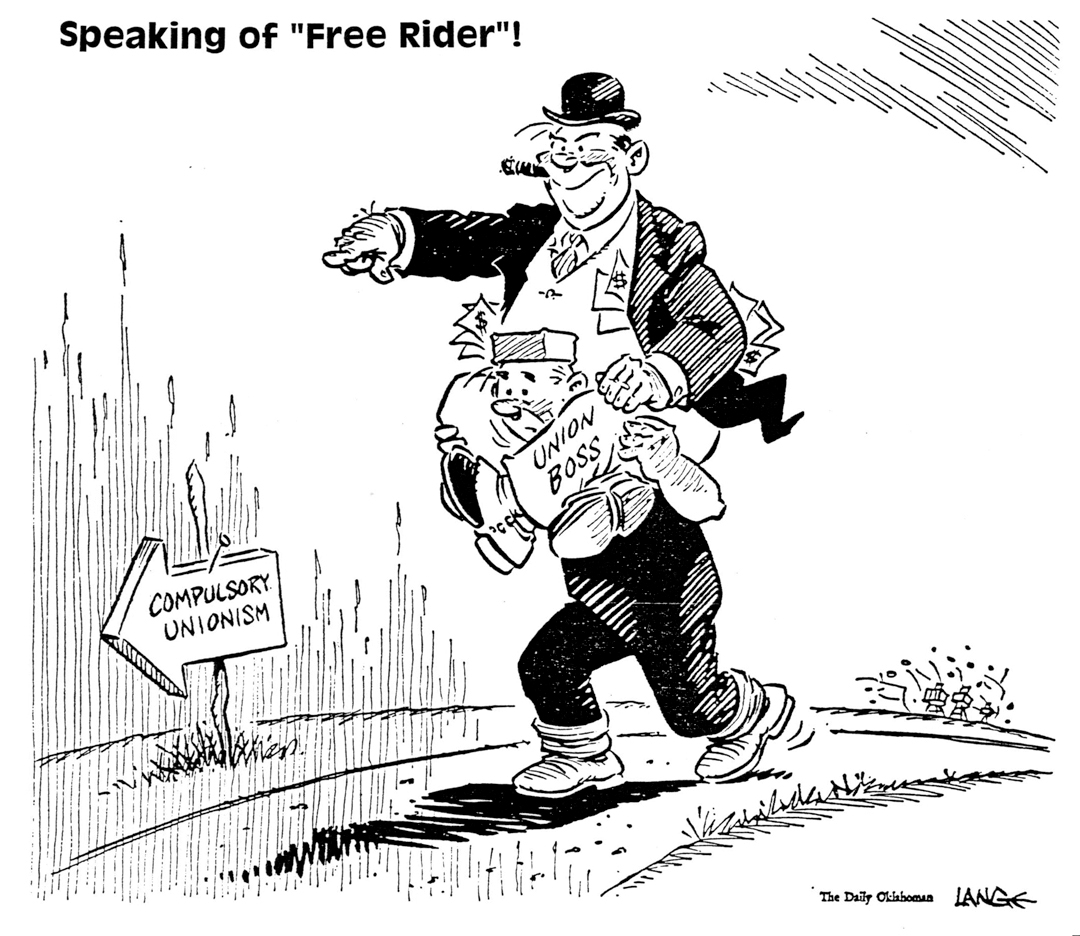