If you thought the “green movement” was more about self-righteous politics than clear-headed science, here are two  tales that prove the point.

In Arizona a petition is being circulated in an effort get on the ballot an initiative called the Clean Energy for a Healthy Arizona Amendment. This would require 50 percent of the electricity generated in the state to come from renewable sources by 2030.

If the measure passes it would necessitate the closure the Palo Verde Nuclear Generating Station west of Phoenix, which currently provides about 35 percent of the state’s electricity, even though it produces no carbon emissions.

If the state were to achieve the goal of 50 percent of its power coming from mostly solar and wind, both of which are intermittent there would be no room on the grid for Palo Verde’s power, because reactors can’t be quickly turned off and on — it takes weeks of preparation.

“We would have to shut Palo Verde down during the day every day,” one plant official was quoted as saying. “But that’s not how nuclear plants really work. Nuclear plants can’t just be shut down and then started up again.”

Since battery technology is not yet available, the most likely source of rapid start-up generation would be natural gas, which produces carbon emissions, especially when frequently idling.

Adding wind and solar to the power grid could increase the carbon dioxide output.

Retired electrical engineer Kent Hawkins wrote in February 2010 that “the introduction of wind power into an electricity system increases the fossil fuel consumption and CO2 emissions beyond levels that would have occurred using efficient gas plants alone as the providers of electricity equivalent to the firmed wind.”

This is because every kilowatt-hour of intermittent electricity introduced into the grid must be backed up by a reliable fossil-fuel generator. When the wind don’t blow and the sun don’t shine, the demand for electricity remains.

Starting and stopping gas-fired generators is inefficient, comparable to operating a car in stop and go traffic instead of steady and efficient on the open highway. Just like the car, the fuel consumption can double, along with the carbon emissions, negating any presumed carbon savings by using solar or wind.

Meanwhile, in New York Gov. Andrew Cuomo has announced plans to build $6 billion worth of offshore wind turbines while shutting down the nuclear-powered Indian Point Energy Center in Buchanan, N.Y.

Robert Bryce, a senior fellow at the Manhattan Institute, explains in an op-ed in The Wall Street Journal that the wind turbines will produce only 60 percent as much power as the nuclear plant being closed.

How will this gap be covered? You guessed it, natural gas.

“The irony here is colossal. Mr. Cuomo, who banned hydraulic fracturing despite the economic boon it has created in neighboring Pennsylvania, and who has repeatedly blocked construction of pipelines, is making New York even more dependent on natural gas, which will increase its carbon emissions,” Bryce writes. “At the same time, he has mandated offshore wind projects that will force New Yorkers to pay more for their electricity, even though the state already has some of the nation’s highest electricity prices.”

Being green is a state of mind … or should we say mindlessness? 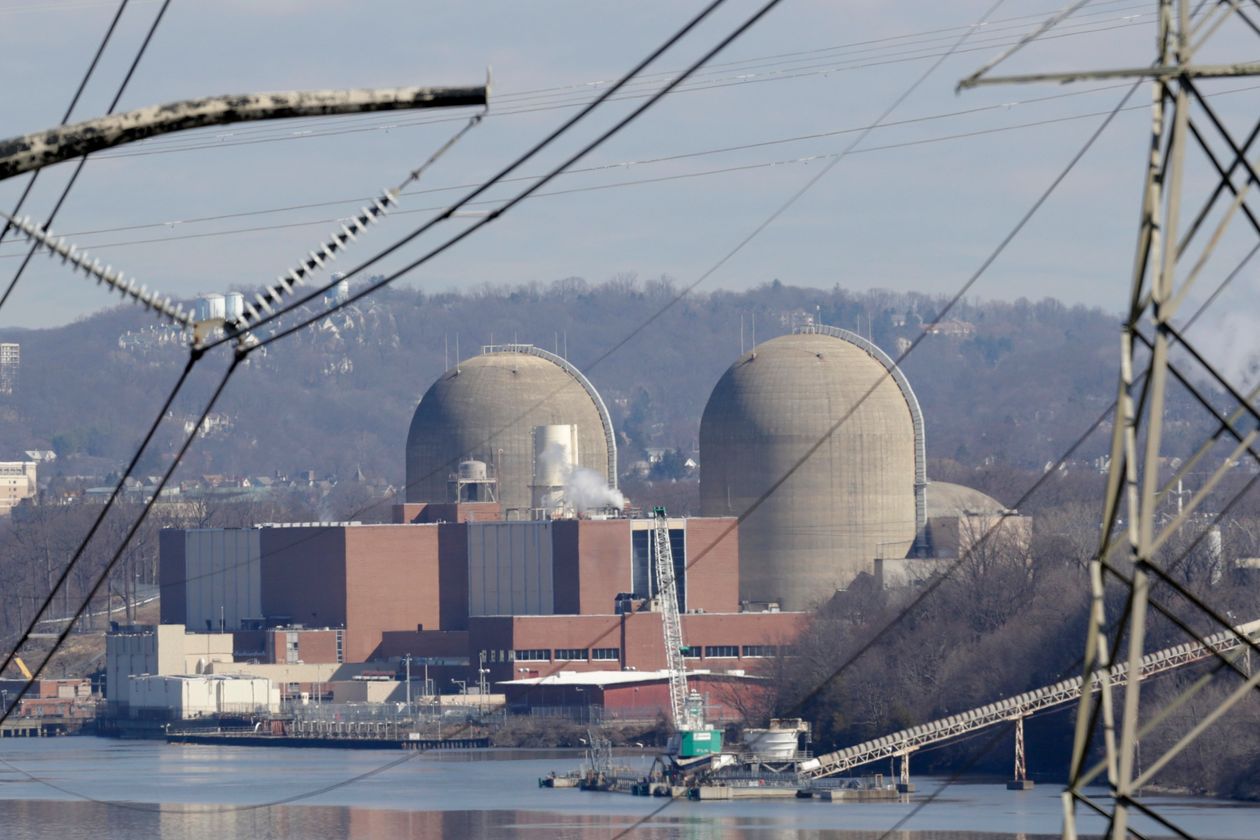 11 comments on “It’s easy to be green, just wish it so and ignore the facts”