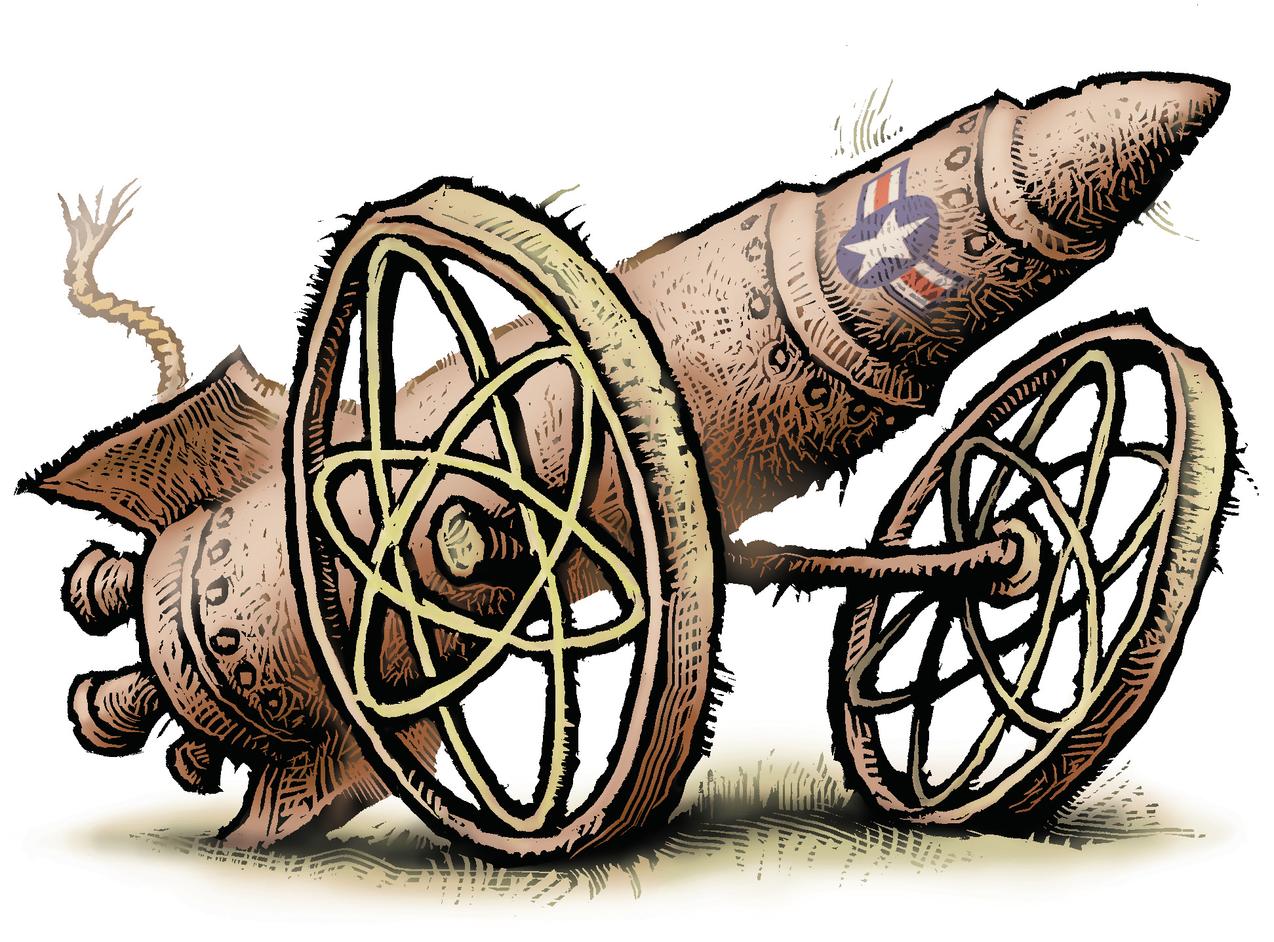 The editorialists at the Las Vegas Sun are living in a mad, MAD world. You know: Mutually Assured Destruction. Never mind that some of the people with their fingers on nuclear triggers may well be suicidal seekers of the apocalypse.

But let’s dispel a factual error first. “There are nearly 7,000 warheads in the U.S. nuclear arsenal, deliverable across the globe at a moment’s notice by missile, aircraft and submarine,” today’s Sun editorial proclaims.

Well, not quite. According to the Federation of American Scientists, the U.S. has a total of about 6,600 nuclear weapons, but 2,600 are retired and awaiting dismantling. Another 2,200 are in stockpile and about 1,800 are deployed. Russia has similar numbers, they say. Enough to make the rubble bounce, as we used to say?

The Sun quotes a Time article that hysterically declares President Trump has put the Nevada National Security Site on notice to be ready to renew testing of nuclear weapons solely for the purpose of scaring potential enemies into backing down. The Sun declares that testing is totally unneeded. (The editorial did note that Gov. Brian Sandoval says he has been assured no nuke testing will take place in Nevada.)

The Sun says the mere idea of renewed nuke tests “demonstrates an astonishing lack of understanding about the nation’s military and the world’s perception of the U.S. More than anything, it proves that Trump’s feelings of inadequacy and inferiority know no bounds.”

But is our nuclear deterrence still a deterrence?

According to a recent Wall Street Journal op-ed, our ancient B-52 bombers and outdated cruise missiles are vulnerable to Russian and Chinese air defenses and we have only 20 penetrating B-2 bombers located at a few insufficiently hardened bases.

While we once had 41 ballistic-missile submarines, SSBNs, we are down to 14, the article notes, and those, too, are vulnerable.

“American ballistic-missile defense is severely underdeveloped due to ideological opposition and the misunderstanding of its purpose, which is to protect population and infrastructure as much as possible but, because many warheads will get through, primarily to shield retaliatory capacity so as to make a successful enemy first strike impossible — thus increasing stability rather than decreasing it, as its critics wrongly believe,” the writer, Mark Helprin, explains. “Starved of money and innovation, missile defense has been confined to midcourse interception, when boost-phase and terminal intercept are also needed. Merely intending this without sufficient funding is useless. As for national resilience, the U.S. long ago gave up any form of civil defense, while Russia and China have not. This reinforces their ideas of nuclear utility, weakens our deterrence, and makes the nuclear calculus that much more unstable.”

Helprin disputes the federation of scientists stats and states the Russians have 2,600 currently deployed strategic warheads compared to the U.S.’s 1,590.

Another WSJ writer points out that the U.S. has no tactical nukes, which means if confronted by another nation’s use of smaller nukes on the battlefield, the U.S.’s only ability to counter is with a full-scale nuclear exchange and a global holocaust — or to back down and lose all credibility for defense commitments.

Perhaps we should not be so fast in declaring there is no need for continued nuclear weapon development and testing. It is a mad, mad world after all. 4 comments on “Is the U.S. nuclear arsenal still a deterrence?”