In case you are trying to figure out where the presidential nominating process stands after Tuesday’s voting in neighboring Arizona, Utah and Idaho, you’ll have to look elsewhere than the morning paper which states, “GOP results in Utah and Democratic results in Idaho were not available late Tuesday,” though both were available before midnight.

Both Republicans and Democrats voted in Arizona and Utah, but only Democrats in Idaho. 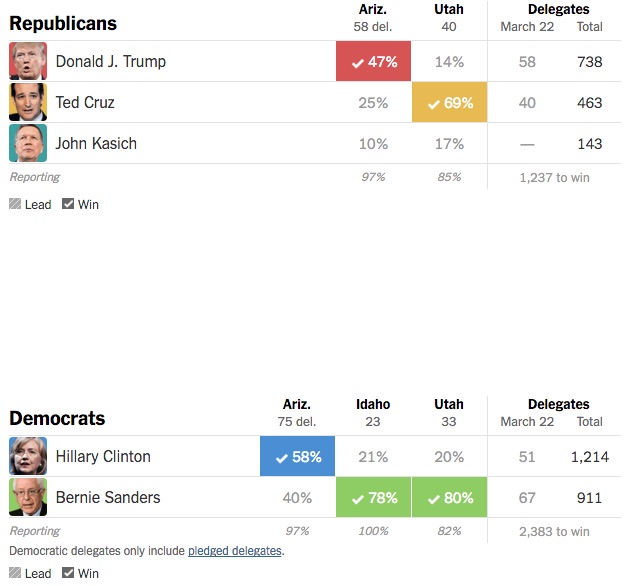 According to Politico, Marco Rubio still has 166 delegates, meaning Trump has 739 delegates (yes, that is different from NYT), while all other candidate and uncommitted delegates add up to 798. There are 955 delegates up for grab in upcoming voting. To win the nomination outright requires 1,237 delegates.

The next GOP contest is in Wisconsin on April 5. Its 42 delegates are winner-take-all.