Slinking quietly through the Nevada Legislature is a bill that would gut the state’s strong anti-SLAPP law that was once called the gold standard of such laws.

SLAPP stands for Strategic Lawsuit Against Public Participation and is generally defined as vexatious litigation solely designed to squelch free speech under the burden of expensive, tedious and lengthy court wrangling, but mostly expensive.

Nevada’s anti-SLAPP law has been around for years, but it was updated in the 2013 session of the Legislature to give it more bite.

But Senate Bill 444 seeks to pull its teeth. 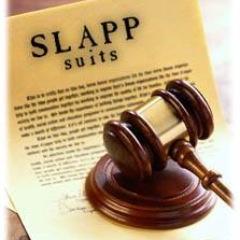 When the bill passed unanimously out of the Senate Judiciary Committee, Chair Greg Brower, a Republican lawyer, said the bill merely fixed some problems with the 2013 version. It has since been passed unanimously by the full Senate without so much as a lowing moan from the oxen it will gore.

There are no fingerprints on the bill. No senator is listed as a sponsor. It sprang from the skull of the Senate Judiciary Committee, full grown and dressed in a full set of armor. The bill was filed at the request of Wynn Resorts, whose owner has filed several defamation suits over the years.

I wrote about the anti-SLAPP law in 2010, when a choir teacher at the Churchill County High School sued a student journalist at the school’s student newspaper for writing an article saying parents were upset that she withheld certain students’ audition tapes from a state musical competition.

The teachers union tried to block publication of the story, calling it “inappropriate and disruptive to the teaching-learning environment,” but both the superintendent and principal approved it.

In a strongly worded ruling Judge William Rogers found the litigation utterly without merit, writing that the motion to dismiss may not be overcome “on the gossamer threads of whimsy, speculation and conjecture.”

The judge cited Nevada’s anti-SLAPP statute, which at the time stated: “If an action is brought against a person based upon a good faith communication in furtherance of the right to petition: … The person against whom the action is brought may file a special motion to dismiss …” The defendants did and the judge did.

But SB444 will make it tougher for defendants such as that student journalist.

First, it cuts the time for filing an anti-SLAPP motion from 60 to 20 days after being served with the suit, barely enough time to find a suitable lawyer up to speed on First Amendment issues.

But worse, the law eviscerates the level of proof a plaintiff must show to have the anti-SLAPP motion dismissed. Currently a plaintiff must show “clear and convincing evidence” of a probability of prevailing in the suit. SB444 reduces this to “prima facie evidence,” completely shifting the burden of proof.

Though it may seem a subtle distinction, the phrase “good faith” has been excised from the law. The current law incorporated a concept from the Times v. Sullivan case from the civil rights era that found public officials could not sue for libel so long as there was no reckless disregard for the truth of an accusation. SB444 deletes a section of the current law that declares immune from litigation a communication “which is truthful or is made without knowledge of its falsehood.”

The new law also repeals a section that had allowed defendants hit by a SLAPP suit up to $10,000 in damages. The chances of having to pay out $10,000 was a deterrent against frivolous lawsuits intended to gag free speech.

Another subtlety is a change in the law’s protection for matters of “public interest” to matters of “public concern.” An online blog posting about how good or bad a job a plumber did might be of public interest but is it a public concern? Could that plumber sue the blogger under the revised law but not the prior? SB444 states that concern “means any topic that concerns not only the speaker and the speaker’s audience, but the general public, and is not merely a subject of curiosity or general interest.”

There is nothing in the current law that needs to be fixed. The Assembly should derail this attempt to gag free speech.

The Assembly Judiciary Committee is to hear testimony on the bill Friday morning.

One comment on “Newspaper column: Proposed law takes the slap out of anti-SLAPP law”