A gaggle of self-styled wild horse advocate groups have filed lawsuits in Washington, D.C., and Portland, Ore., demanding that the Bureau of Land Management abandon plans to spay 100 wild mares in an experiment to help determine a better mechanism for curtailing the ongoing overpopulation on the range. The groups claim the surgical sterilization is dangerous, barbaric and inhumane.

In mid-September the BLM announced plans to use helicopters to round up 650 excess wild horses this month from the Warm Springs Herd Management Area near Hines, Ore., and to initiate research on the effects of spaying mares and returning them to the range. The area has a horse population of about 800 but can support less than 200 animals.

Horses removed from the range are to be sent to Oregon’s Wild Horse Corral Facility in Hines. Some will be put up for adoption and others selected for participation in the spay and behavior research.

The BLM press release announcing the plans stated, “The public is welcome to view the Warm Springs HMA gather and spay procedures.”

But one of the grounds cited in the lawsuits — filed by Front Range Equine Rescue, the American Wild Horse Campaign, the Cloud Foundation, the Animal Welfare Institute and others — is that the project violates the First Amendment, because outside groups are not adequately allowed to observe and record the surgery.

“To date, the BLM has refused to allow a meaningful opportunity for media or the public to observe and record these procedures,” said Nick Lawton, a lawyer for one of the groups. “The BLM’s refusal to allow meaningful access to observe and record these experiments thwarts the important newsgathering objectives that Plaintiffs aim to achieve by observing and documenting the BLM’s treatment of wild horses, and thus violates Plaintiffs’ rights under the First Amendment of the U.S. Constitution.”

The groups also claim the spaying method — called ovariectomy via colpotomy, in which a veterinarian reaches into a mares’ abdomen through an incision and severs and extracts the ovaries — is “unscientific, inhumane and dangerous, and will result in pain, suffering and potentially life-threatening complications for wild mares.” They claim this violates the 1971 Wild Free-Roaming Horses and Burros Act and the National Environmental Policy Act.

In a report to Congress earlier this year the BLM explained the problem and offered different options: “Wild horses and burros have no natural predators and herds can double in size every 4 years. As herd sizes increase, the forage and water resources from the land become depleted, resulting in starvation, dehydration, and death. In their search for food and water, the animals often move onto private land or along highways resulting in safety issues and habitat destruction for horses and humans alike. Public-land ranchers have cut back on grazing to accommodate increasing numbers of wild horses and burros.”

The report noted that overpopulation of these non-native animals is degrading the ecosystem and crowding out native greater sage grouse, pronghorn, deer, elk and bighorn sheep.

According to a CNN account, two of the groups involved — Front Range Equine Rescue and the American Wild Horse Campaign — have called for using an injectable birth control vaccine called Porcine Zona Pellucida (PZP) instead of surgery.

But surgery renders the mare sterile for the rest of its life, which can be as much as 25 years, while PZP must be administered every one to two years and requires more frequent captures of the horses, which can lead to injuries. The BLM is already experimenting with PZP.

Thomas Mitchell is a longtime Nevada newspaper columnist. You may email him at thomasmnv@yahoo.com. He also blogs at https://4thst8.wordpress.com/. 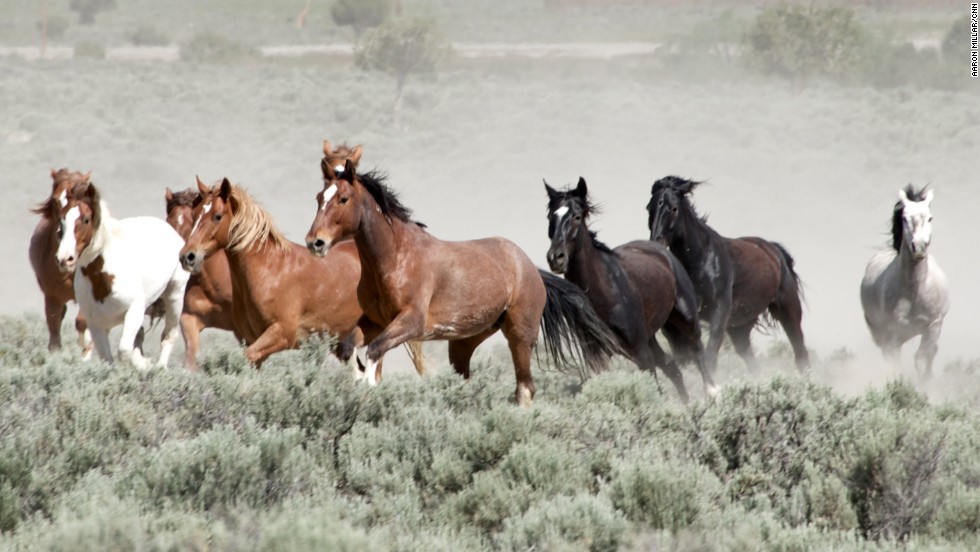