The U.S. Fish and Wildlife Service has a deadline of Sept. 30 to decide whether to list greater sage grouse under the Endangered Species Act and put into effect conservation measures developed by the agency and the Bureau of Land Management. There is almost no chance Fish and Wildlife will not decide for listing, despite what the science and statistics say.

When it does so, about 10 million acres of land in 11 states — nearly 3 million in Nevada alone — will be off limits to economic development. Countless potential jobs will be lost to save a bird that does not need saving. 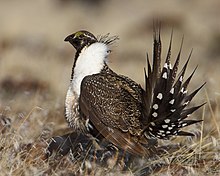 According to analysis by the Western Association of Fish and Wildlife Agencies, the number of male sage grouse across the bird’s range has increased 63 percent from 2013 to 2015, and that is just in the accessible leks that were counted by hand. That report said population trends in Nevada have been flat since the mid-1990s.

While this may be an indicator that the state’s and local governments and businesses have already succeeded in protecting grouse, it is unlikely to sway the paperwork juggernaut of the federal government.

Gov. Brian Sandoval displayed some of his frustration with the agencies’ lack of cooperation and deafness to reason in a 12-page letter to the acting head of the BLM two weeks ago.

“The process was intended to be collaborative, inclusive and proactive; an unprecedented undertaking to bring federal agencies and states together to craft plans to adequately conserve the Greater Sage-grouse and preclude a listing under the Endangered Species Act,” the governor wrote. “Western state and multiple agencies have participated in this effort in good faith. We have expended millions of dollars and thousands of hours to present a scientific, innovative and effective conservation plan.”

Instead, the states were stonewalled, says Sandoval. He noted that the final 3,500-page land use plan released in May left unresolved, dismissed or ignored issues raised by the state. There was insufficient public notice or opportunity for comment. Scientific methodologies were changed without justification or explanation.

Sandoval said the plan “contains many new elements that disregard best science, Nevada’s state and local plans, and federal law. It is disappointing that this process has changed from a collaborative, proactive approach, to a now heavy-handed, federal approach that uses status-quo approaches and relies primarily on information from federal officials in Washington, D.C., rather than expertise from state conservation and wildlife agencies, and local input.”