The editorialists at the Washington Examiner have come up with a fitting way to honor the three decades of service in the U.S. Senate by Nevada’s Harry Reid.

They note that Reid, with an assist from the Obama administration, has defied, circumvented and defeated the law as passed by Congress that would turn Yucca Mountain into a nuclear waste repository — or suppository, as Chic Hecht called it. The 1987 law has been less than affectionately referred to as the Screw Nevada Act.

The editorial notes that utility companies with nuclear reactors have paid $21 billion to the Energy Department for the purpose of disposing of their waste, but Energy has failed to act.

“Its failure, due to political sabotage, is both dangerous and expensive,” the opinion piece relates. “The Yucca Mountain repository, in a deserted, uninhabitable section of Nevada, was supposed to begin taking in nuclear waste on New Year’s Day 1998, so that the material would not have to be stored in communities across the nation. Nineteen years and countless scientific studies later, Yucca is just a $15 billion hole in the ground, thanks mostly to ferocious opposition from the retiring Senate Democratic leader, Harry Reid.”

It is estimated that by 2020  taxpayers could be on the hook for $50 billion in damages to the utility companies on top of the construction costs at Yucca Mountain.

The newspaper suggests Energy Department secretary nominee Rick Perry, former governor of Texas, has the persistence and drive to make the repository a reality, and “a fitting memorial for one of America’s most memorable legislative leaders. Taxpayers deserve no less than to see the Harry Reid Nuclear Waste Repository at Yucca Mountain become a reality, at long last.” 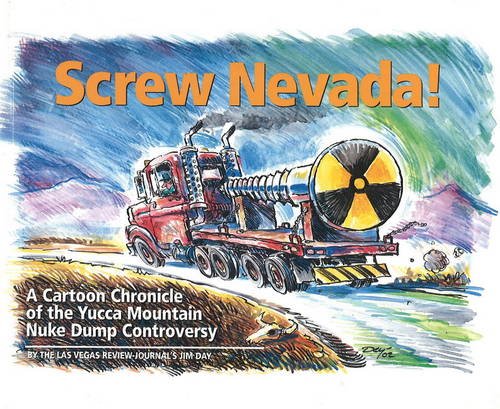 As originally envisioned, Yucca Mountain’s U-shaped shaft would have been filled with 70,000 metric tons of spent nuclear fuel rods, each covered by titanium and palladium drip shields to protect them from water seeping through the mountain. After 100 to 300 years the hole was to be sealed and pictographic warning signs erected. The material would still be hazardous for thousands of years.