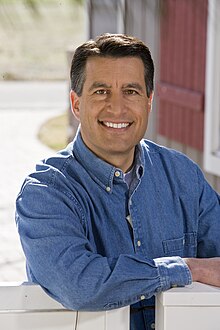 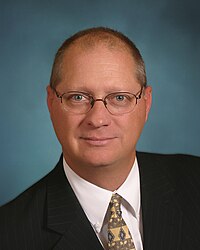 This should get interesting.

A group of people calling themselves the We Decide Coalition has filed an initiative petition with the Nevada Secretary of State that would give voters a chance to repeal the $1.4 billion in tax hikes passed by the 2015 Legislature at the behest of Gov. Brian Sandoval — Senate Bill 483.

The political and legal wrangling promise to get down in the mud.

Politically, the filing struck a raw nerve with our Republican governor, who unleashed a withering diatribe, calling the petition “a wrongheaded attack on the children and families of Nevada. Supported by more than seventy percent of legislators, the revenue the petition seeks to eliminate will go directly to the classroom and give teachers the resources to deliver a quality education. Most Nevadans understand that more investment in our schools, with proper accountability and reform, will improve graduation rates and student performance. It is also clear that if our schools don’t improve, businesses won’t come here. The time is now to build the workforce of the future.”

Never mind that the state has increased education spending 80 percent per pupil, adjusted for inflation, during the past 40 years with no detectible effect on test scores.

Unfazed by the historic record of failure for his proposed education spending, Sandoval attacked the petitioners by demanding: “Those responsible for promoting this petition must answer a simple question to the parents of Nevada: What will you cut?”

Among possible cuts, Sandoval helpfully listed class-size reduction, which has a 25-year track record of failure to produce. He mentioned anti-bullying programs, which have little to do with actual education. He singled out all-day kindergarten, which even the U.S. Department of Education admits has not improved outcomes.

He also listed the Read by Three program, which would require that children who are not proficient in reading by the end of the third grade would not be promoted to the fourth grade. How much does that cost? Besides it is not scheduled to go into effect until the 2019-20 school year, after Sandoval leaves office.

“I strongly oppose the petition,” Sandoval concluded. “Its passage will destroy a generational opportunity to finally modernize and improve an under-performing education system.”

Where and when have we heard that before?

For their part the petitioners point out that SB483 is the largest tax hike in Nevada history and includes a gross receipts tax — under the rubric of a commerce tax — that is similar to the teachers union tax that 80 percent of Nevada voters rejected at the ballot box just this past November. At that same election the voters also rejected a mining tax hike.

Doesn’t appear the voters have much of an appetite for tax increases, even if their elected lawmakers do.

But the real fight over this initiative petition is likely to take place in the courts. In fact, the petitioners themselves do not seem overly anxious to begin the arduous task of gathering the 55,000 signatures by June 2016 to qualify the referendum for the ballot. They think a court challenge is inevitable.

They say there will undoubtedly be a legal challenge and, therefore, “there isn’t much sense in potentially wasting a lot of time, effort and money actually circulating this petition until the inevitable court challenges are resolved.”

The legal hurdle is likely to be the single-subject rule, which has tripped many petitioners. This law was passed in 2005 and says any initiative petition must contain “but one subject and matters necessarily connected therewith and pertaining thereto.”

SB483 contains a half dozen taxes, which arguably violates the state constitution, which reads: “Each law enacted by the Legislature shall embrace but one subject …”

Petition proponents argue SB483 passed the Legislature and was signed by the governor as one subject; therefore, repeal would be one subject.

“In the past, courts have defined the meaning of ‘single subject’ very broadly for legislation but very narrowly for citizen ballot initiatives,” writes Chuck Muth, president of Citizen Outreach and one the petition instigators. “The only way for the courts to reject this particular word-for-word referendum as a violation of the single subject rule is to tell the people of Nevada that they are held to a completely different, thoroughly discriminatory definition of ‘single subject’ than the people we the people elect.”

Let the battle begin and when the dust clears, we’ll see if the taxpayers come out the winners or losers.

Update: AP reports that Sen. Harry Reid says he is willing to do everything he can to help Sandoval’s tax package survive a ballot initiative seeking its repeal, though he is not actively involved now.

“Sandoval and I don’t agree on stuff, but we agree on a lot, and I think what he was able to do with that Legislature was masterful,” Reid said. “I think it would be a real disservice to our state if the crazies were able to prevail.”