U.S. District Judge Naomi Reice Buchwald of New York ruled recently that President Donald Trump may not block Twitter users who criticize him because that violates their right to free speech.

“While we must recognize, and are sensitive to, the president’s personal First Amendment rights, he cannot exercise those rights in a way that infringes the corresponding First Amendment rights of those who have criticized him,” the judge said in her 75-page ruling, somewhat exceeding the 140-character limit of Twitter.

Any Twitter user can block people from accessing their online posts and replying to that user and their followers. Trump reportedly has posted 4,000 times on his personal @realDonaldTrump account to nearly 32 million followers. How that cacophony constitutes a public forum in which anyone can be heard strains credulity. But why should the president be obligated to give someone else unfettered access to those who have agreed to follow him?

The president should be treated no differently on his personal @realDonaldTrump account. His official presidential Twitter account, @POTUS — and why there is one of those is a mystery to us — is another matter entirely. He certainly may not block people from commenting on their own social media apps, but he is hardly obligated to accommodate anyone who wants to glom onto his personal Twitter account and use it as platform for their views. It is his soapbox. Create your own.

But the judge said Trump could not block people from following him on Twitter just because they had posted comments to which he objected, because that amounted to “viewpoint discrimination” by a public official in a public forum.

If Trump were to make a televised speech from the Oval Office, should the networks be required to keep the cameras rolling while any clown with a rant can piggyback on the speech by dashing up to the microphone?

It is like freedom of the press, which belongs to anyone who owns one. 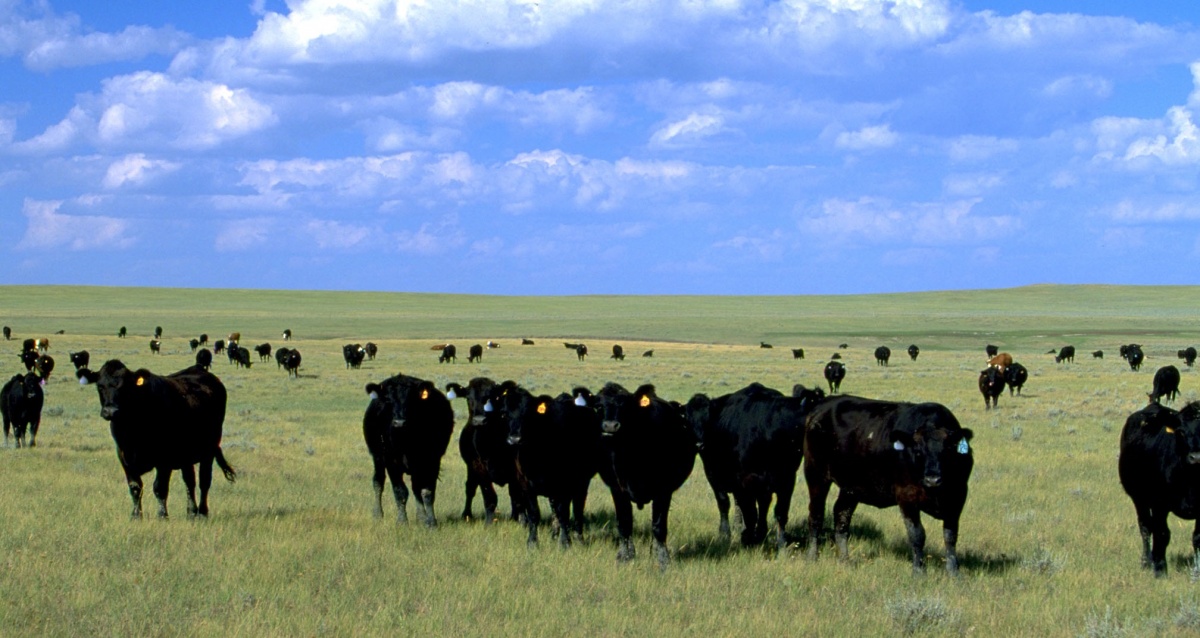 The Obama administration managed to increase the national debt from $10.6 trillion in 2009 to nearly $20 trillion in 2016, meaning the cost of serving that debt has doubled and will rise as interest rates rise.

But when President Trump proposes a budget that would cut spending by $4.23 trillion over the next decade there is wailing and gnashing of teeth — including from the majority of Nevada politicians.

Much of the lamenting is over the budget’s proposal to carry out the House-passed modest rollback of Obamacare, specifically rolling back Medicaid eligibility. Previously, Medicaid covered low-income children, pregnant women and disabled, but largely excluded other low-income adults. Obamacare allowed just about anyone earning below 138 percent of the poverty level to become eligible.

Nevada was one of the 31 states to expand Medicaid eligibility since the federal government promised to initially pick up 100 percent of the increased cost and 90 percent in later years.

Gov. Brian Sandoval has said he intends to protect Medicaid funding “at all cost” — meaning your cost. The expansion has added 220,000 Nevadans to Medicaid.

U.S. Sen. Dean Heller also said he is concerned about the budget’s cuts to Medicaid and its affect on Nevadans now covered by it.

Freshman Nevada U.S. Sen. Catherine Cortez Masto joined other senators in signing a letter to Trump bemoaning the proposed Medicaid cuts. She noted that more than 18,000 veterans in Nevada are covered by Medicaid. How many were previously covered or still would be after a rollback was not stated.

“Your proposed cuts to Medicaid and your efforts to take away people’s health coverage are inconsistent with the promises you made to America’s veterans. They deserve better,” the letter states.

Spending as well as cuts are drawing fire.

There is that $120 million in Trump’s budget to restart the licensing process for Yucca Mountain to become a nuclear waste storage site, a measure apparently opposed by a majority of state politicians.

This prompted Heller to say, “From slashing funding for important public lands programs to its renewed effort to revive the Yucca Mountain nuclear waste repository, the President’s budget request contains several anti-Nevada provisions. While Congress ultimately has the power of the purse, I will continue to stand up for Nevada’s priorities by defending our important public lands programs and fighting any effort to turn Nevada into the nation’s nuclear waste dump. Yucca Mountain is dead …”

Rep. Dina Titus of Clark County fired off this missive: “President Trump wants to fund a revival of the failed Yucca Mountain boondoggle that will ultimately cost taxpayers tens of billions of dollars. Just as his budget overlooks the needs of the America people, Trump’s Yucca Mountain line item ignores the majority of Nevadans who don’t want this dangerous project rammed down their throats.”

On the other hand, Nye County Commission Chairman Dan Schinhofen sent out a statement saying, “I am pleased that the just published fiscal 2018 budget submitted by President Donald Trump includes funding that will continue the licensing process for the Yucca Mountain Waste Repository in Nye County. The promise of a safe and secure site for nuclear waste has been promised to the nation for more than three decades.”

Time to negotiate for benefits?

Then there is the plan in the budget to save $10 million a year by finally following the provisions of the original 1970s act to protect wild horses by allowing excess animals to be sold for slaughter instead of being warehoused at taxpayer expense.

The wild horse management budget has doubled under Obama to more than $80 million a year. The usual suspects decry this trim.

Few seem willing to throttle back on the government largesse, even though the economy has picked up a bit since the depths of the recession and unemployment has fallen from October 2009’s 10 percent peak to 4.7 percent.

Trump’s budget proposes to cut more than $800 billion from Medicaid over the next decade, and trim $192 billion from nutritional assistance and $272 billion over all from welfare programs — all of which have increased in recent years.

Medicaid enrollment has grown by 47 percent since 2006 and spending by 75 percent — to $554 billion in 2015. Food stamp recipients have increased by 11 million.

Trump’s budget is 55 percent larger than 2007’s, though inflation has been 20 percent.

As Ronald Reagan once remarked, “No government ever voluntarily reduces itself in size. Government programs, once launched, never disappear. Actually, a government bureau is the nearest thing to eternal life we’ll ever see on this earth!”

Obama’s secret dealings with the terrorist state of Iran keep leaking out.

Now we learn that — what a coincidence! — the first $400 million, supposedly of a $1.7 billion settlement that dates to 1979, was secretly airlifted in the form of cash on wooden pallets stacked with euros, Swiss francs and other currencies at precisely the same time in mid-January when four Americans were released by Iran, according to The Wall Street Journal.

Obama announced the release of the prisoners without any mention of the secret cash shipment. 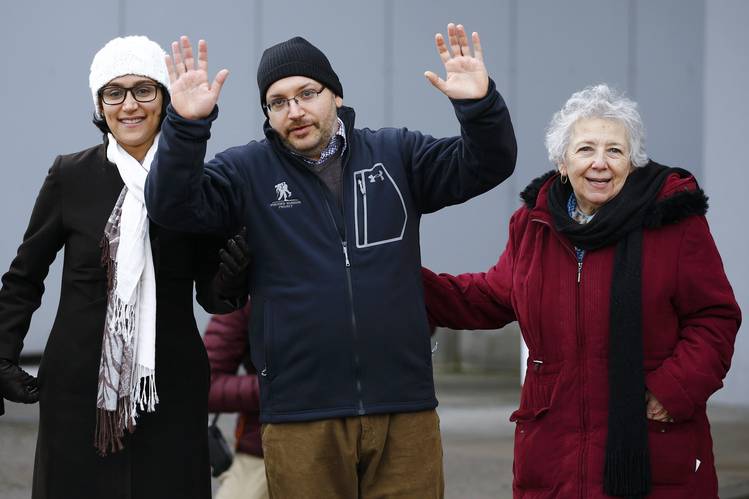 The U.S. has a longstanding policy against paying ransom for the release of hostages/prisoners, lest it encourage the taking of more hostages. Since January the Iranians have arrested two more Iranian-Americans as well as several others with dual European citizenships.

Two years ago the family of a murdered American journalist was threatened with arrest if they had tried to pay ransom for his release. They said a military officer working for Obama’s National Security Council warned they could be charged with supporting terrorism if they paid a ransom to his Islamist captors.

Just a couple of weeks ago The Associated Press reported that a secret codicil to the Iranian nuclear deal will let the imams start building nukes years earlier than previously reported.

“The confidential document is the only text linked to last year’s deal between Iran and six foreign powers that hasn’t been made public, although U.S. officials say members of Congress who expressed interest were briefed on its substance,” AP reported. “It was given to the AP by a diplomat whose work has focused on Iran’s nuclear program for more than a decade, and its authenticity was confirmed by another diplomat who possesses the same document.”

Of the latest secret deal, Arkansas Republican Sen. Tom Cotton accused Obama of paying “a $1.7 billion ransom to the ayatollahs for U.S. hostages. … This break with longstanding U.S. policy put a price on the head of Americans, and has led Iran to continue its illegal seizures” of Americans.

Oklahoma Republican Sen. James Lankford added, “President Obama’s … payment to Iran in January, which we now know will fund Iran’s military expansion, is an appalling example of executive branch governance. … Subsidizing Iran’s military is perhaps the worst use of taxpayer dollars ever by an American president.”

Congress is working on legislation to prevent the Obama administration from making further cash payments to Iran.

The story did not warrant mention in today’s Las Vegas newspaper.

OK, before the defenders of Obama start coming to his defense with the excuse that others did it, too. Yes, Reagan did it, too.