There are two things we can’t seem to bury: Nuclear waste and the debate over Yucca Mountain.

At something dubbed the RadWaste Summit at a Las Vegas hotel earlier this month the debate over whether or not to bury nuclear waste in a labyrinth of tunnels inside Yucca Mountain continued, breaking no new ground nor changing the minds of anyone so far as we could tell.

Once again it was the debate over whether science or politics would or should prevail. Little has changed since 1987 when Louisiana Sen. J. Bennett Johnston rammed through what many Nevadans affectionately call the Screw Nevada bill, which politically rather than scientifically singled out Yucca Mountain as the sole site to be studied for nuke waste disposal.

Back then there were six sites being studied for by the Department of Energy as potential disposal sites for the nation’s growing pile of radioactive waste from commercial nuclear reactors, waste the federal government had agreed to take off the hands of private power companies.

In addition to Yucca Mountain in Nye County the sites were in Mississippi, Texas, Utah and Louisiana. The Mississippi site was the frontrunner at that time, with the Vacherie salt dome, mere miles from Sen. Johnston’s home, the No. 2 choice.

In 1982 the need for a nuke waste dump was urgent, according to the Office of Technology Assessment, which said “existing reactors are running out of spent fuel storage space, and by 1986 some may face the risk of shutting down for some period if there are delays in efforts to provide additional storage capacity.”

Somehow, the industry has limped along ever since by using pools of water on the power plant sites all over the country — not pleasing the politicians whose constituents live near those sites.

At the RadWaste confab, the press tended to quote Robert Halstead, executive director of the governor’s Agency for Nuclear Projects and an opponent of licensing Yucca Mountain, and Nye County Commission Chairman Dan Schinhofen, a proponent of using Yucca Mountain as a way to create jobs and boost the economy of his county.

Schinhofen was quoted as saying that opposition to the Nuclear Regulatory Commission’s efforts to study whether to license the site relies “on political science over nuclear science.”

While Halstead responded that it was “political science not earth science” that caused Congress to designate only Yucca Mountain as a repository.

Though most Nevada politicians oppose the licensing of Yucca Mountain, they are outnumbered in Congress.

If the scientific study of the site, if it is ever completed, proves the site to be unsafe by all means close up the tunnels and walk away.

On the other hand, Nevada should continue to negotiate for benefits and suggest that the site should be more than just a dump.

In a letter earlier this year the Nye County Commission stated, “The Yucca Mountain nuclear repository would bring federal dollars to Nevada, create well-paying science and construction jobs, and improve the state’s infrastructure. The project would also strengthen national security, a role Nye County and Nevada has always taken the lead in through the past eight decades.”

Others note that the country should consider recycling the waste shipped to Yucca Mountain, as is done in a number of countries, to create new nuclear fuel that could be sold — with the proceeds benefitting Nevada citizens.

Nevadans should be shrewd negotiators and not let opportunities be missed due to misguided fears. 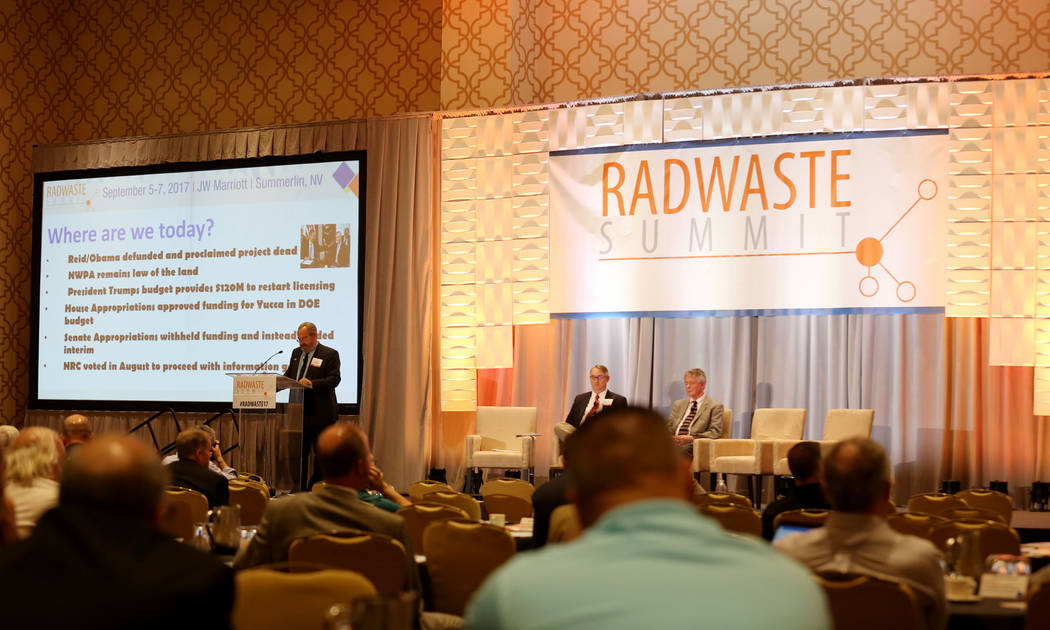