Thank goodness for the veto pen.

Gov. Brian Sandoval used that veto pen this past week to block an attempt by Democratic lawmakers to rollback a modest cost-saving measure passed by the Republican-controlled 2015 Legislature.

Assembly Bill 154 would have raised the cost of construction of university and public school buildings by reimposing the so-called prevailing wage on more projects. 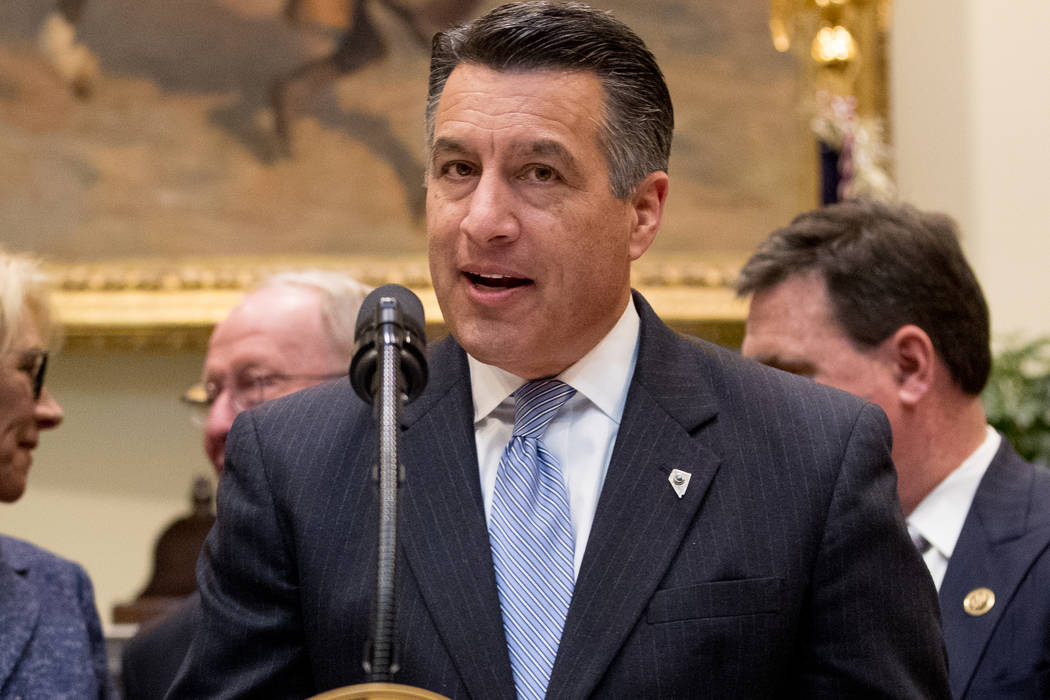 Prevailing wage laws require that workers on public construction jobs be paid no less than the “prevailing” wage in the area where the work is being done. The wage rate is set by the state Labor Commissioner based on a survey of contractors. The survey is so time consuming that in reality only union shops bother to comply, meaning the prevailing wage is the highest union wage. 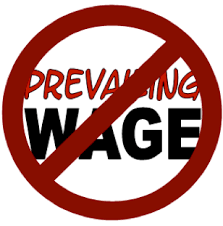 At one point in the 2015 legislative session, a bill was passed to remove the prevailing wage requirement for schools entirely, but in an 11th-hour deal to get Democrats to support Sandoval’s tax hike the $250,000 threshold and the 90 percent of prevailing wage were approved.

Sandoval pointed out in his veto message that the measure would add costs for school construction and reduce the value to the recently voter approved sales tax increase in Washoe County to build new public schools.

“Stakeholders and lawmakers compromised in 2015 to propose moderate, but necessary reforms that I supported,” he wrote in a veto message, according to news accounts. “There is no superseding change today that justifies the rollback of this compromise.”

During testimony about the bill, Warren Hardy of the Associated Builders and Contractors pointed out that a contract for construction of a middle school in Clark County received a low bid of $2.7 million during that brief period a couple of years ago when it looked like the prevailing wage requirement would be dropped for schools, but when the prevailing wage was reinstated the low bid jumped to $3.6 million.

The Nevada Policy Research Institute in its “Solutions 2015” handbook estimated the law required the state, cities, counties, school districts and other government entities to pay 45 percent higher wages for public construction projects than necessary — a cost to taxpayers of $1 billion a year.

The better outcome, of course, would have been to repeal all requirements for prevailing wages on public construction projects, but with Democrats in the majority that is not likely to happen. AB154 passed both the Senate and the Assembly on a straight-party-line vote, all Democrats in favor and all Republicans opposed.

Sandoval did the right thing in vetoing this bill.

A fool and his money are soon parted.

In Nevada those fools are the taxpayers who keep electing Democrat majorities to send to Carson City to pick their pockets.

Assembly Bill 154, sponsored by a raft of Democrats, would roll back the minor headway made just two years ago to cut the cost of public works. It would raise the cost of construction on university and public school campuses be reimposing the so-called prevailing wage on more projects.

Prevailing wage laws require that workers on public construction jobs be paid no less than the “prevailing” wage in the area where the work is being done. The wage rate is set by the state labor commissioner based on a survey of contractors. The survey is so time consuming that in reality only union shops bother to comply, meaning the prevailing wage is the highest union wage.

In 2000, A.D. Hopkins wrote a series of articles for the Las Vegas Review-Journal, long since disappeared from the paper’s website, outlining the profligacy of the prevailing wage law. The lede on one of the earlier stories in the series read: “Nevada’s prevailing wage law costs taxpayers about $2.3 million extra on every new public high school being built in Clark County, according to a database analysis by the Review-Journal.”

He noted how a plumber in Mesquite might expect to be paid less than $20 an hour for most jobs, but, if it is a public works project by a state or local government entity, that same plumber would be paid, by law, more than $70 an hour.

Lawrence’s piece pointed out that an NPRI analysis estimated that prevailing wage requirements cost Nevada taxpayers nearly $1 billion extra over 2009 and 2010. The state’s biennial general fund budget is less than $7 billion. “That’s why prevailing wage reform needs to be at the top of the agenda for the Nevada Legislature in 2013,” Lawrence wrote.

NPRI in its “Solutions 2015” handbook estimated the law required the state, cities, counties, school districts and other government entities to pay 45 percent higher wages than necessary — still at a cost to taxpayers of $1 billion a year.

For a little historical perspective, the prevailing wage law is a vestige of the Jim Crow era and is modeled on the Davis-Bacon Act of 1931 that was expressly intended to keep cheaper Southern black laborers from getting jobs on public works projects.

The discriminatory nature of prevailing wages persists to this day.

Warren Hardy of Associated Builders and Contractors was quoted by the Las Vegas newspaper as testifying, “The overwhelming majority of small, minority or women-owned businesses are nonunion,” and, because of prevailing wages, many are unable to compete for public projects.

The state of Nevada — for the first time since before the Great Depression — has a Republican governor and Republican majorities in both the Assembly and state Senate, as well as all the statewide elective offices, providing an opportunity to finally attempt to curb the growth of state spending and address much-needed reforms in education, land management, commerce, health care, taxation, debt, labor and public employee pensions.

To achieve these objectives there ought to be a guidebook, something like Newt Gingrich’s “Contract with America” or Paul Ryan’s “A Road Map for America’s Future.”

As luck would have it — actually as good planning would have it, because luck had nothing to do with it — the libertarian-leaning Nevada Policy Research Institute this week has published “Solutions 2015: A Sourcebook for Nevada Policymakers,” a 114-page compendium of facts, figures, charts, graphs and recommendations for putting the ship of state on a more even keel, as related in this week’s newspaper column available online at The Ely Times, the Mesquite Local News and the Elko Daily Free Press. The book’s contents expand upon “Solutions 2013,” also penned by Geoffrey Lawrence, NPRI’s director of research.

Lawrence uses historical Nevada data, as well as hundreds of hours of research into the best practices in other states, to buoy his reasoning for recommendations on more than 50 issues our 2015 Legislature needs to address.

The first rattle out of the “Solutions 2015” box is a call for one of the most significant and fundamental initiatives to curb state spending growth — Tax and Spending Control. TASC would limit real, per capita spending growth to that warranted by population growth and inflation.

This is needed because since 2003 spending outpaced population and inflation by $5 billion more than spending in the previous decade.

TASC was first championed in Nevada a decade ago by then-state Sen. Bob Beers, currently the only announced candidate for the U.S. Senate seat now held by Harry Reid.

As with its 2013 predecessor, “Solutions” is notable less for what it suggests lawmakers do as undo.

For example, the book notes that Nevada has the highest electric power bills in the Intermountain West and its per kilowatt-hour retail electricity cost is 37 percent higher than neighboring Utah’s.

The first recommendation is repeal of the so-called renewable portfolio standard (RPS) that requires 25 percent of all electricity sold in the state by 2025 to be generated by expensive solar, wind or geothermal facilities. According to “Solutions,” Nevada power bills are expected to rise 6 percent in the next decade due to RPS alone.

Next, repeal the 2013 law that requires the shutting down of all coal-fired power plants and deregulate the monopoly electricity market, which, by the way, the state was planning to do before the Enron market manipulation threw lawmakers into a panic.

Then there is the topic I have been fulminating about for decades, the 1937 prevailing wage law, which requires all public works projects in the state to pay wages based on a flawed survey of construction companies that always comes out to be union scale.

According to Lawrence’s research, this law requires the state, cities, counties, school districts and other government entities to pay 45 percent higher wages than necessary at a cost to taxpayers of $1 billion a year.

But probably the most important recommendations in “Solutions” are found in the section on public education, which recommends real reform and not just more funding. “Nevada has nearly tripled per-pupil funding, on an inflation-adjusted basis, while educational quality has deteriorated,” the book notes. “The U.S. Department of Education reports that, between FY1960 and FY2011, real, per-pupil funding for ‘current expenditures’ (not accounting for employee benefits, capital outlays and debt repayment) increased from $3,268 to $9,035. Over the same time period, test scores have remained flat while graduation rates have dramatically declined.”

In addition there needs to be competition in the classroom, where teachers would be paid based on merit — how much students progress during the school years — and not seniority alone, as is the case now.

Though Nevada has spent $2.5 billion on class-size reduction in kindergarten through third grade over the past 25 years, there has been no observable improvement in educational outcomes. In fact, according to reports Lawrence uncovered, Nevada students in classes of less than 15 on average did not score as well in reading and math as students in larger classes. End class-size reduction.

Perhaps this election will have consequences.

This past week a Las Vegas newspaper story reported that Clark County school officials says the district needs to spend $6.5 billion to renovate deteriorating school facilities and another $900 million to build new schools.

No surprise. What was surprising was the rather blasé confession that the district has blatantly mismanaged its maintenance responsibilities for years.

District officials explained that they have cut $5 million and 47 positions from the maintenance budget from 2009 to 2012, even though every dollar of deferred maintenance ends up costing $4 in added capital costs for repairs and replacements.

Of course, it took until today’s editorial in the Review-Journal to point out that, during the years the maintenance budget was being cut, the district has increased teacher salaries by $100 million — admittedly some of that foisted on the district by binding arbitration with the unions.

The editorial concludes that the newly Republican-majority Legislature should eliminate binding arbitration and repeal the prevailing wage law, “which would drive down construction costs for every public construction project in the state and make bond dollars go further.”

I do believe the newspaper has been editorially calling for those changes for 25 years. Still waiting for a response from Carson City.