Pardon us for being sticklers. Occupational hazard.

The lede on a story in today’s newspaper set us off in search of nits to pick:

Several laws adopted by the Nevada Legislature in 2017 sprang into effect just after midnight Sunday as fireworks exploded over the Strip, marking the start of the new year.

Technically, the fireworks started at midnight, which is between Dec. 31 and Jan. 1, but exploded over the Strip on Monday the 1st. But according to the AP Stylebook, or at least the 2011 version I have lying about, midnight “is part of the day that is ending, not the one that is beginning.” So, the laws went into effect after midnight Sunday, but on Monday.

Strictly speaking, midnight ought not be construed as either, but rather is that infinitesimal point in between.

As the  National Institute of Standards and Technology, a division of the U.S. Department of Commerce, points out:

This is a tricky question because 12 a.m. and 12 p.m. are ambiguous and should not be used.

To illustrate this, consider that “a.m.” and “p.m.” are abbreviations for “ante meridiem” and “post meridiem,” which mean “before noon” and “after noon,” respectively. Since noon is neither before noon nor after noon, a designation of either a.m. or p.m. is incorrect. Also, midnight is both twelve hours before noon and twelve hours after noon.

As the NIST notes, it is generally clear what one is talking about when referring to “midnight tonight” or “midnight last night,” but what is meant by “midnight on Friday, October 20th?” Does that mean the beginning of the day or the end of day?

Just to be clear the cutline on the morning paper’s online pix says the fireworks on the Strip went off on Monday, Jan. 1.

Glad to clear that up for you. 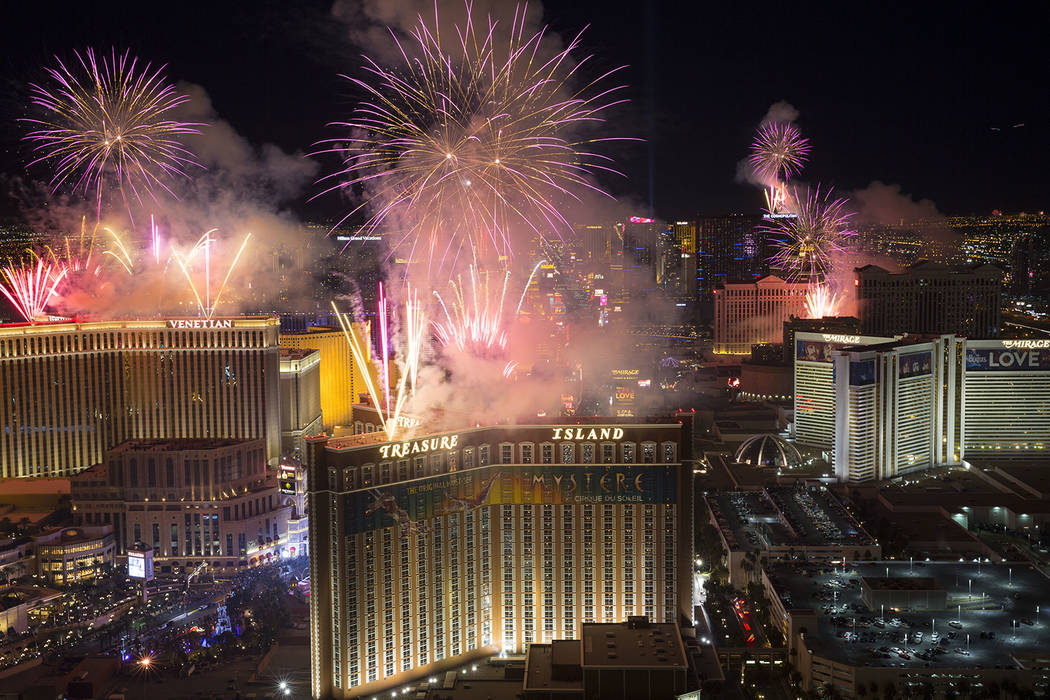