Umbrage has been duly taken.

On the afternoon of July 3 Energy Department Deputy Secretary Daniel Brouillette called Democratic Gov. Steve Sisolak to let him know the department may have been mistakenly shipping unstable nuclear material to the Nevada National Security Site (NNSS) monthly for a dozen years.

Mixed low-level radioactive waste — which must be protected from moisture when disposed — may have been mislabeled as merely low-level radioactive waste, which includes such things as rags, papers, filters, equipment, discarded protective clothing and construction debris and need not be protected from moisture. Further, the governor was told the waste might include “reactive” material, which could explode or release toxic fumes if exposed to water.

In a subsequent briefing this past week, Sisolak was told the department had not yet confirmed any of the waste was indeed reactive and the mislabeled shipments from the agency’s Y-12 facility in Oak Ridge, Tenn., had only been coming to Nevada since 2013 and involved only 32 containers.

Though Energy Secretary Rick Perry did not take office until his 2017 appointment by Republican President Donald Trump and his agency caught the apparent error, suspended further shipments and informed Nevada public officials of the possible error, Nevada Democratic office holders unleashed a fusillade of fury, including Democratic Rep. Steven Horsford calling for Perry to resign.

Democratic Rep. Dina Titus blustered, “The level of incompetence at the Department of Energy is only matched by its dishonesty. For decades, the DOE has been an untrustworthy partner and this latest round of illegal shipments is truly a new low. I’m grateful that Governor Sisolak continues to stand up for Nevada and refuses to let this violation of the law go unchallenged.”

Democratic Rep. Susie Lee fulminated, “The continued carelessness with our safety is exactly the concern of every Nevadan who is told that we should welcome the storage of nuclear waste in our own backyard. But let me be clear: we’re not just Nevadans, we are Americans, and it’s clear that the Department of Energy does not take Americans’ health, safety, or security into consideration before making decisions.”

In a joint statement Democratic Sens. Catherine Cortez Masto and Jacky Rosen decried, “Last week, we were contacted by the Department of Energy and made aware of the situation. As a result, along with Governor Sisolak we’ve taken immediate action and sent a letter demanding answers from Secretary Perry, and scheduled an immediate classified briefing to ensure there is accountability and oversight on behalf of the State of Nevada. Yet again, the DOE has violated its mission, broken Nevadans’ trust and failed to follow its own compliance procedures.”

Gov. Sisolak released a statement after this past week’s briefing by Energy officials  saying, “I was beyond disappointed to learn of problems related to shipments of low-level radioactive waste from the DOE’s Y-12 facility to Nevada. … While we appreciate the courtesy of the in-person briefing, we will continue to do everything in the state’s power to hold them accountable, ensure there is a plan to fix this problem and prevent it from occurring again, and above all else, protect the health and safety of Nevadans.”

The errors apparently occurred for four years of the Obama administration without anyone catching it, but the agency that caught the error and reported it is dishonest, careless, incompetent and to blame.

The Energy Department released a statement to the media saying, “The components that were shipped pose no risk to the safety and health of the general public or workers at the facility at NNSS. The Department’s National Nuclear Security Administration has launched an internal investigation to determine how this went undetected for a six-year period.” Three of those years were during the previous Democratic administration, by the way.

Umbrage always seems to be taken only when the offended ones are of a different political party and, especially when the information can be used to bludgeon attempts to dispose of nuclear waste at Yucca Mountain. 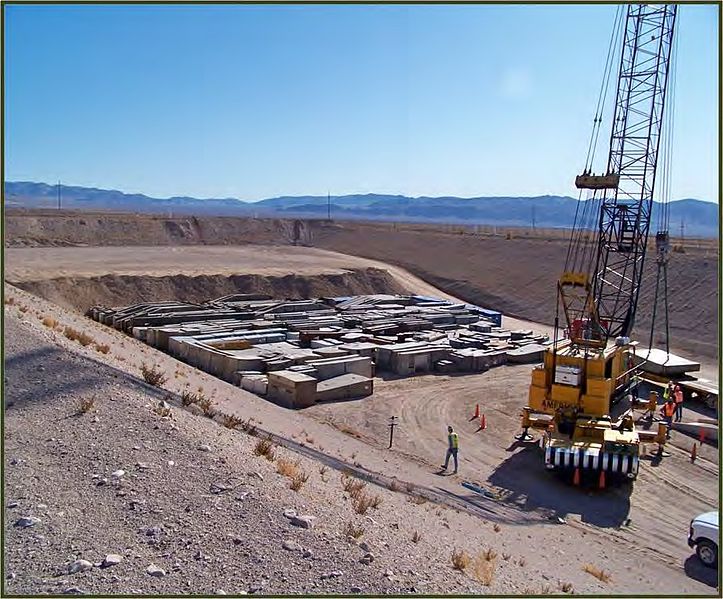