President Donald Trump announced this past week that his Council on Environmental Quality is streamlining the rules for major infrastructure projects — such as roads, bridges, pipelines and power transmission lines — required by the National Environmental Policy Act (NEPA) of 1970, aiming to cut the approval time for such projects in half.

The council published the changes in the Federal Register on Friday, setting in motion a 60-day comment period. The changes are widely expected to be challenged in the courts by the usual self-styled environmental groups.

Businesses and labor unions hailed the proposal as long overdue, but environmental groups assailed it, saying the changes would contribute to climate change.

In an opinion piece penned for The Hill — Tom Donohue, CEO of the U.S. Chamber of Commerce, and Sean McGarvey, president of North America’s Building Trades Unions — argued that the changes would actually benefit the environment.

“Consistent with its environmental mission, modernizing NEPA will accelerate projects that improve the efficiency of our transportation and distribution systems, thereby reducing traffic congestion and associated emissions,” Donohue and McGarvey write. “It will also spur investment in renewable energy sources and transmission infrastructure, much of which is subject to delays by current NEPA procedures. And timelier implementation of conservation projects will help mitigate environmental impacts, such as damaging floods and wildfires.”

In recent years, major projects have taken an average of four-and-a-half years to be approved. The council aims to cut that to two years. A number of projects have taken far longer to be approved. An airport runway expansion in Taos, N.M., took 20 years. A highway and bridge project in Michigan to cut traffic congestion and, therefore, carbon emissions took 16 years. A Maryland public transit project stretched out for 14 years. 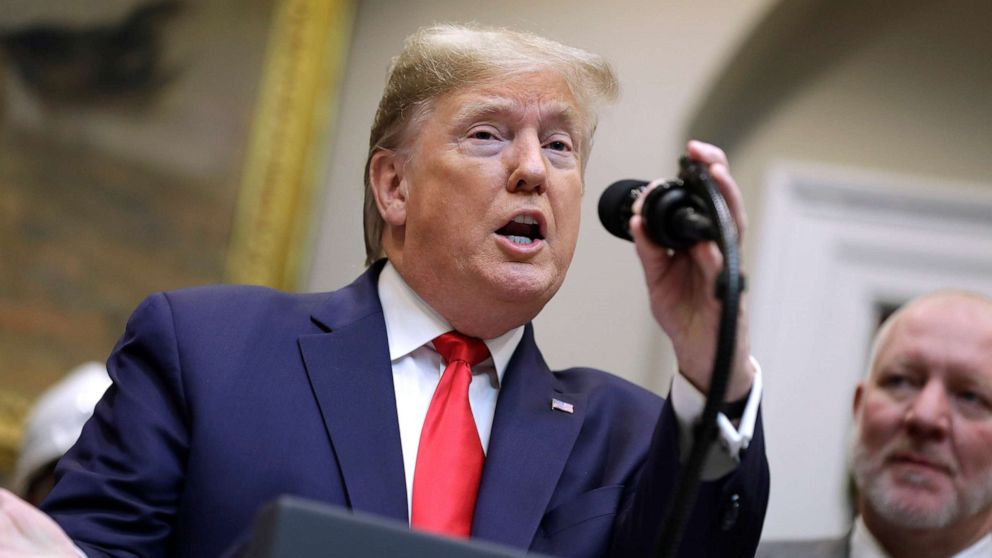 “We want to build new roads, bridges, tunnels, highways bigger, better, faster,” Trump was quoted by The Wall Street Journal as saying at a White House press conference, where he was flanked by business and union leaders. “These endless delays waste money, keep projects from breaking ground and deny jobs to our nation’s incredible workers.”

The Journal noted that business groups claim lengthy NEPA reviews are partly to blame for a nearly $1 trillion backlog in transportation projects alone.

Democratic House Natural Resources Committee Chairman Raul Grijalva of Arizona said in a press release, “Polluting industries need more public oversight, not less, and supporting this approach means ignoring real-world consequences in favor of Trump administration fairy tales. The courts have been crystal clear that NEPA requires considering climate impacts, so this is just another inevitably doomed effort by this administration to try to illegally rewrite the rules it doesn’t like.”

Nevada Republican Congressman Mark Amodei said Friday, “Since we’re only about 24 hours out from the release of the proposed changes, we’ll have more for you next week, but so far the concepts look good.”

Nevada Democratic Rep. Dina Titus tweeted, “While horrific fires create a crisis in Australia, President Trump still tries to deny climate change. It is inexcusable for the Trump Administration to put the President’s corporate allies ahead of our health and safety.”

House Speaker Nancy Pelosi accused the administration of blocking any federal efforts to confront climate change. “These new guidelines undermine critical building requirements that ensure that our communities are able to withstand the growing threat posed by the climate crisis,” she was quoted as saying by The Associated Press.

Even the liberal Los Angeles Times editorial board, in an editorial condemning the NEPA rule changes, conceded, “In truth, NEPA probably does need a tune-up. The current regulations date back to 1978 and have been amended only once since, in 1986. It’s reasonable to assume that all those years of experience have exposed flaws and shortcomings that could be addressed to improve and expedite the environmental review process. But the Trump administration, with its open denial of climate change and its industry-friendly policies aimed at expanding the production of fossil fuels, is not to be trusted with such a task.”

The streamlining of the bureaucracy will both contribute to economic growth and add infrastructure that will actually cut pollution in most cases. The naysayers are basing their projections of climate crisis on speculation and models that have yet to predict anything accurately.

Like Loading...
In 1957, Frank Sinatra warned in song, “Keep an eye on spring/ Run when church bells ring/ It could happen to you.”

It happened to Victor Fuentes, as reported in this week’s newspaper column, available online at The Ely Times and Elko Daily Free Press.

In December 2010 Fuentes’ land, 40 acres in the middle of the Ash Meadows National Wildlife Refuge, was heavily damaged by flooding. The U.S. Fish and Wildlife Service had rerouted a stream but it overflowed its banks during heavy rain.

Annette and Victor Fuentes pose next to a channel running through their church camp in the Ash Meadows National Wildlife Refuge in 2009. (Pahrump Valley Times photo)

The property is a retreat for the Ministero Roco Solida Church (Solid Rock) and the stream had been one of the major attractions for visitors to what they called Patch of Heaven. Fuentes is the pastor of the church and operator of the camp.

A year later the Center for Justice and Constitutional Litigation (CJCL) — a division of the Nevada Policy Research Institute — filed a claim with USF&W for actual damages in the amount of $86,000, claiming “negligent and lawless actions” by the agency caused the flooding.

The agency never even acknowledged receipt of the damages claim. CJCL has since filed lawsuits in two federal courts.

In January, USF&W published an environmental assessment that proposes restoring natural and historic hydrology to the area by removing a dam.

Though the USF&W claims it wishes to return the water flow to its “original” stream beds, Fuentes notes it is using 1948 data to determine “original,” when maps dating back to 1881 and an 1891 biological inventory show settlers in the area using the water to grow crops on private land granted at the time of statehood in 1864.

It could happen to you.

(Read the entire column at the Ely or Elko websites. For more accounts of government waste, fraud and abuse in Nevada go to Watchdog Wire-Nevada.)