Democrats never let the inconvenient facts get in the way of their blindly held firm belief that money is the root of all evil and the ultimate bane of democracy.

You know, beliefs like the one that the 2010 U.S. Supreme Court decision in Citizens United v. Federal Election Commission — that found a federal law prohibiting people from spending their own money to make their political opinions and desires known could not pass constitutional muster — was wrong, wrong, wrong.

The 5-4 Citizens United ruling overturned a portion of the McCain-Feingold campaign finance law under which the FEC barred the airing of a movie produced by Citizens United that was critical of Hillary Clinton during the 2008 Democratic primary.

Democrats have been fighting against the ruling ever since, claiming it lets the rich and powerful and deep-pocketed corporations buy elections. They’ve even floated the idea of amending that portion of the Bill of Rights prohibiting Congress from abridging freedom of speech.

Of course, Nevada’s Democratic delegation to Congress has been in the thick of it. Sens. Catherine Cortez Masto and Jacky Rosen have signed on as sponsors of the proposed amendment, which would allow Congress and the states to “distinguish between natural persons and corporations or other artificial entities created by law, including by prohibiting such entities from spending money to influence elections.”

Cortez Masto proclaimed, “A constitutional amendment putting the democratic process back in the hands of voters will help ensure that our government represents the will of Americans, not just the wealthy few.”

Rosen chimed in, “Our elections should be decided by the voters — but because of Citizens United, billionaires and corporate interests can spend as much money as they want to elect politicians to do their bidding.”

Pay no attention to the fact President Donald Trump was outspent two-to-one by the aforementioned Hillary Clinton.

Over on the House side Nevada Democratic Reps. Dina Titus, Susie Lee and Steven Horsford have co-sponsored the 600-page H.R. 1, dubiously dubbed “For the People Act,” which, along with other things, would require increased disclosure of donors and online advertisers.

All in the name of muting the power of money’s influence over elections.

Pay no attention to the facts just presented by the outcome of the Democratic presidential nominating process.

According to news accounts, former New York mayor and billionaire Mike Bloomberg recently dropped out of that competition after spending somewhere between $500 million and $700 million of his estimated $60 billion net worth. That netted him a grand total of 61 delegates out of the nearly 4,000 delegates awarded thus far.

Then there is the case of Tom Steyer, who is said to be worth a paltry $1.6 billion but spent more than $250 million of his own money on his failing presidential campaign through the end of January. He netted no delegates whatsoever.

Both of the these candidates were allowed the freedom of speech to disseminate their messages and arguments loudly and frequently. But as Justice Anthony Kennedy said in his majority opinion in Citizens United, “The First Amendment confirms the freedom to think for ourselves.”

The poor pliable voters don’t need to be protected from political speech. They can think for themselves — as the facts have again borne out. 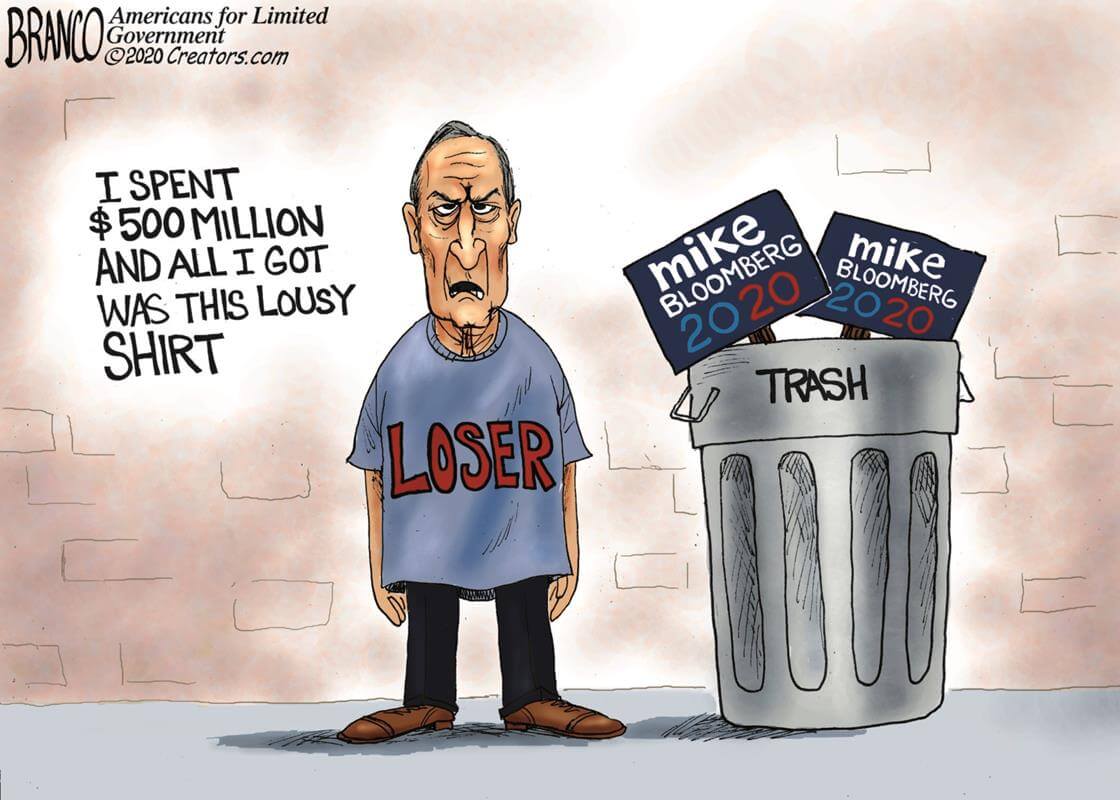 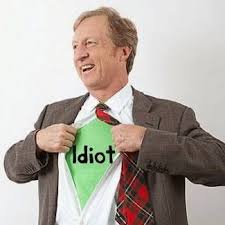