The Clark County teachers union this past week launched two tax hiking ballot initiatives that would raise Nevada taxes by $1.4 billion — devastating the state’s economy and doing nothing to actually improve the quality of education.

One proposal would increase the Local School Support Tax — a part of the statewide sales tax — from 2.6 percent to 4.1 percent, a 58 percent increase that is estimated would raise $1.1 billion a year. If passed, in Clark and Lincoln counties the overall sales tax would jump from 8.375 percent to 9.875 percent, among the highest rates in the country. In Mineral, Eureka and Esmeralda counties, which have the lowest current rate, the tax would jump from 6.85 percent to 8.35 percent.

The teachers union said the money could be spent to reduce class sizes and counter teacher attrition — meaning pay raises.

Sales taxes are highly regressive. The poor pay a much higher percentage of their incomes, making the poor even poorer.

Also, the label Local School Support Tax is now a misnomer. The 2019 Legislature revamped the statewide school funding formula in such a way that local sales taxes no longer go to local schools. Assembly Bill 543 swept all local taxes into one statewide pool. Instead of simply funding schools on a per pupil basis, the money is allocated in such a way that more money goes to schools with at-risk pupils — such as English learners, children of the poor and those with disabilities. 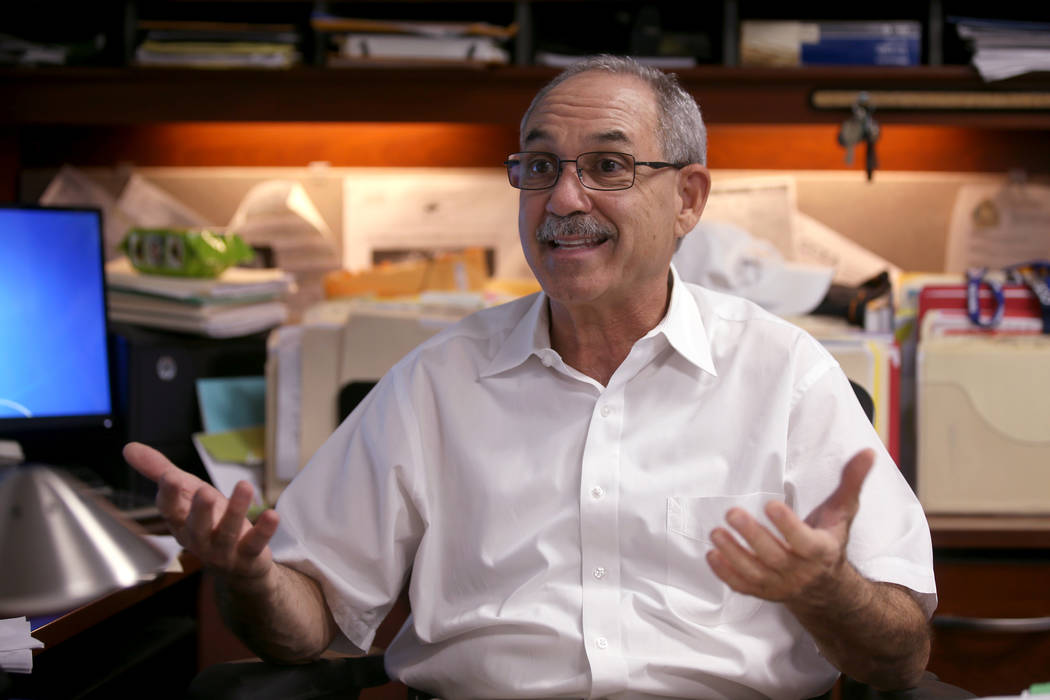 It is projected that the formula will drain money from rural schools into the larger districts, Clark and Washoe.

A recent article in the Lahonton Valley News about the newly created state Commission on School Funding reported that Elko County could lose $1,600 per student or nearly $16 million based on its nearly 10,000 enrollment. Douglas County estimated it would lose $8 million and Humboldt County about $4 million.

The other measure being pushed by the Clark County Education Association would increase gaming taxes by 44 percent overall and raise more than $300 million for the state’s general fund. The gaming tax for larger casinos would jump from 6.75 percent to 9.75 percent.

The Nevada Resort Association told the Nevada Independent, an online news outlet, that the tax hike would threaten jobs and damage the state’s economy.

The teachers union now has until Nov. 10 to collect nearly 100,000 signatures, with about 25,000 required in each of the state’s four congressional districts. If successful the two tax hikes would go before the 2021 Legislature and if passed there and signed by the governor could go into effect in July 2021. If not, the measure would go the voters on the November 2022 ballot and take effect the following January, if passed.

Gov. Steve Sisolak has yet to comment on the tax hike initiatives.

The voters were asked in 2014 to approve a 2 percent margins tax on businesses. The measure was rejected by 79 percent to 21 percent of voters. Despite this unequivocal rejection at the ballot box, lawmakers a few short months later passed a similar, though somewhat smaller tax called the Commerce Tax. The tax passed with a two-thirds majority of the Republican-controlled Assembly and Senate and was signed by Republican Gov. Brian Sandoval. That was part of a record $1.5 billion increase in taxes, specifically targeted to improve education.

The Clark County Education Association announced in November that the tax hike initiatives were coming. It raised its members’ dues in order to raise $2 million to spend on the petition signature drive.

The problem with throwing more money at education and expecting Nevada’s cellar-dwelling education outcomes to improve is that it’s already been tried. Since 1960 Nevada has tripled inflation-adjusted public education funding, but college entrance exam scores have actually fallen slightly.

According to the National Education Association, in the 2017-18 school year Nevada educators’ average salaries ranked 26th in the nation, but Nevada high schoolers have the lowest composite ACT scores.

While the teacher unions keep pressing for higher salaries and funding in general, they have been fighting every effort to toughen teacher evaluations and tie compensation to performance in the classroom.

Linking performance to compensation will improve education. If approached and asked to sign one of these petitions, we suggest you politely decline.