First, Stephens Media, the owner of the Las Vegas Review-Journal, three years ago replaced one with two. They ousted corporate CEO and newspaper publisher Sherman Frederick and replaced him with a CEO and a publisher. (OK, they also unceremoniously and without warning or explanation dismissed a general manager, a comptroller and others and demoted the editor.) Recently they replaced that CEO and publisher with three, adding a COO.

Today they dumped a circulation director and added four to upper management, doing this while laying off about 30 people who actually did the day-to-day work of producing the newspaper. Those layoffs, by the way, were never reported by the paper. And the online version of today’s story can only be found by looking up yesterday’s headlines.

According to a story in today’s newspaper, posted online yesterday afternoon, Steve Schorr, former Cox Communications vice president, becomes the newspaper’s vice president of marketing and community relations, whatever that is.

Joe Robidoux becomes director of circulation and audience development for the newspaper and Stephens Media’s other newspapers. In a throwaway line deep in the story readers are told, “He replaces George Cherayil, who left the company.” Robidoux was a veep at the Los Angeles News Group, where the current R-J publisher Ed “Boss” Moss was once president. Probably a crony.

The company also put the R-J editor in charge of the editorial functions at all the company’s newspapers, spreading supervisor duties at the local paper thin, though you’ll never smell the midnight oil wafting from his office, or so I’m informed.

And, I’m told, there are more changes to come (TK, as they say in the backshop of newspapers.). Stay tuned. 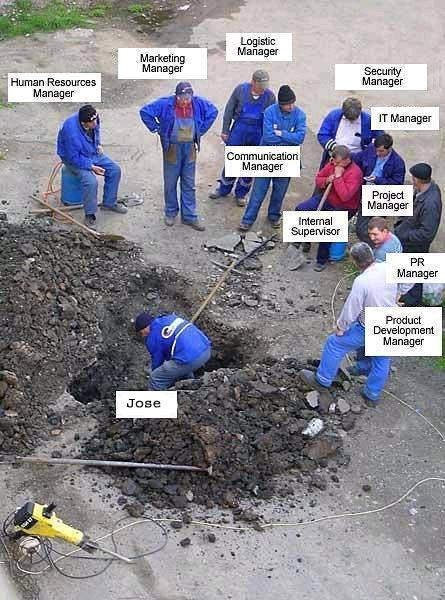 Look out Jose, with all those new management salaries to pay at the R-J they may have to lay you off, too.