Pay no attention to the Nevada Constitution. That was written 150 years ago by dead white men who had no concept of what the wheeler-dealer world of 21st century Nevada would be like.

There is no way our lawmakers could possibly live by such suggestions such as: “In all cases enumerated in the preceding section, and in all other cases where a general law can be made applicable, all laws shall be general and of uniform operation throughout the State.”

And there is no way in hell to abide by: “The Legislature shall provide by law for a uniform and equal rate of assessment and taxation …”

It is every man for himself and for every business to cut the best deal it can make.

Thursday evening an Assembly committee approved Assembly Bill 464, which is the governor’s compromise tax plan that sets up a myriad of tax rates for different businesses.

Those who did not get their way are now whining about it — such as Randi Thompson, Nevada state director for the National Federation of Independent Business.

She issued a statement condemning the bill and saying:

“Small business is tired of paying more in taxes so the Legislature can give special tax favors to companies that are its flavors of the month.

“The same day the Ways and Means Committee passed AB464, the Assembly approved SB170 to give data centers more tax breaks if they hire just 10 Nevadans. This is in addition to the over $1 billion dollars in tax breaks the Legislature approved for Tesla to create just 6,500 jobs over the next 10 years. In 2012 alone, small businesses created an amazing 15,168 jobs for Nevadans—without asking for any tax abatements or credits.
“I am deeply disappointed with the passage of AB464 that not only increases the business license fee and the payroll tax, but also creates a new tax on general businesses in Nevada. At a time when Nevada is trying to diversify and grow its lagging economy by attracting non-gaming businesses, the Legislature is seriously considering creating a new tax on non-gaming businesses. This tax policy seems to be at total odds with our state’s economic development policy and will only serve to discourage businesses from locating and expanding in Nevada.”

Picky, picky, picky.
Or is it?
Now, I hate to get Washington involved in such things or anything else for that matter, but there is the Commerce Clause, which is supposed to allow federal jurisdiction over interstate commerce. You know, prohibiting one state from placing a tariff on goods coming in from another state, creating unfair advantages for in-state goods.
Creating differing tax rates for battery makers and data centers from all other businesses is little different from a tariff, isn’t it? Never mind creating different tax rates intrastate in violation of our own state Constitution. Never mind that the voters just turned down a gross receipts tax, which is part of the governor’s tax plan.
If all else fails, read the instruction manual. 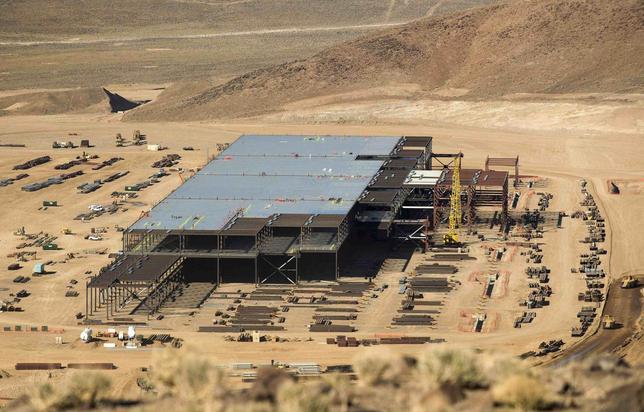 It is called bait and switch.

Just over two months after the voters of Nevada rejected by a 79 percent majority a margin tax on gross receipts of businesses that its backers claimed would raise $800 a million in tax revenue, on Thursday night in his State of the State address Gov. Brian Sandoval announced plans to increase taxes by nearly $600 million a year with a third of that coming from what the governor euphemistically called a “graduated” business license fee.

Though Sandoval never used the phrase “gross receipts” in his speech, media reports prior to the speech said the license fees would be tied to gross receipts. This means the governor’s plan has the same business stifling flaws that he and others decried so convincingly about the margin tax.

And those media reports said Sandoval intends to raise the modified business tax or payroll tax to 2 percent for mining, the same as banks pay, though others pay 1.17. This disparity in tax burden is one of the very things the Tax Foundation criticized Nevada for in its recent study. Sandoval never mentioned it. He also plans to hike the cigarette tax, which he failed to mention.

Those taxes that were supposed to sunset years ago. They won’t, if the governor gets his way. His proposal is to spend $7.3 billion over the next two years on the general fund. The state actually will spend a total of $23.5 million when everything is accounted for, including $7 billion in federal funding for things like Medicaid.

Most of this new general fund revenue is to be thrown at the public schools.

The governor did not mention any cuts, though he singled out collective bargaining reform three times, all in the context of the public schools. No details.

About the only thing the governor proposed that might improve education is spending $30 million on making sure students can read by the third grade and not promote them if they can’t.

Most of the things the governor plans to spend money on have not been proved beneficial.

In fact, the so-called Zoom Schools for English learners that he plans to spend $100 million on have not succeeded in Clark County, which spent nearly $40 million on 14 Zoom Schools and not one of them improved in the statewide academic star ranking. Four actually lost a star.

In addition to all those taxes and futile spending efforts, Sandoval plans to hit local property tax payers by allowing expired school capital improvement bonds to be extended.

The governor also plans to take over poor performing schools statewide and have them run by the superintendent that Washoe County just fired.