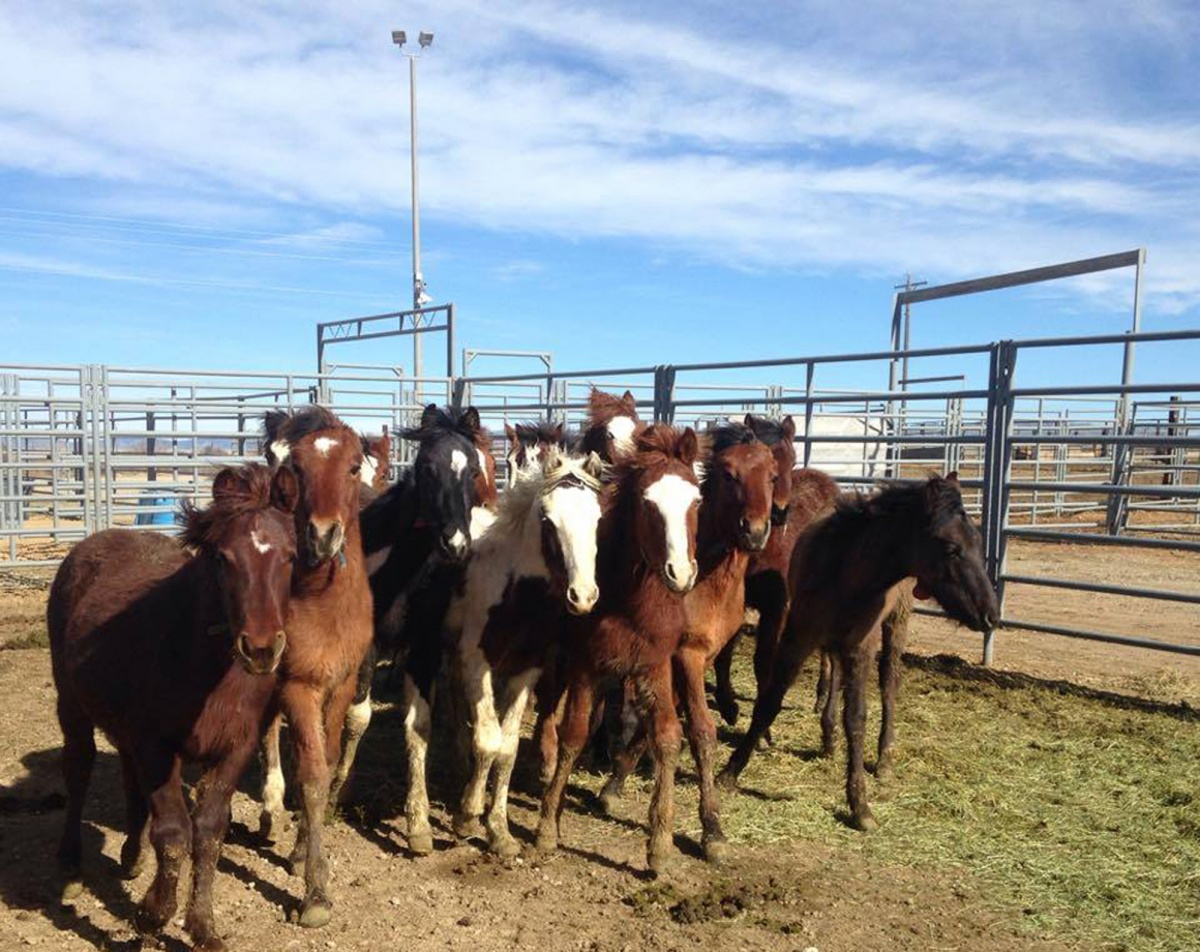 As sure as hogs wallow in slop, one month after the Bureau of Land Management announced a plan to properly control the population of feral horses on a nearly 4 million-acre tract of land 50 miles southeast of Elko, a New York nonprofit group calling itself Friends of Animals filed a federal lawsuit. (Friends of Animals suit)

The lawsuit claims the BLM gave “no opportunity for the public to review or comment on its decision” and thus violated its own procedures and requirements of federal law. Actually, the suit merely tries to throw overheated rhetoric at a decision with which the Friends of Animals disagree.

In December the BLM outlined a 10-year plan to control the population of mustangs in the Antelope, Antelope Valley, Goshute, Maverick-Medicine, Spruce-Pequop and Triple B Herd Management Areas, plus another million acres onto which the horses have spread. The area currently has 9,500 horses, 11 times more than the low estimate for what the forage and water can support, about 900 horses.

The plan is to gather and remove some excess horses and control the remaining population with castration of some males and chemical fertility control of some females. The goal is to establish stable herds of about 60 percent male and 40 percent female.

There are already about 45,000 “wild” horses being held in storage pens across the West at a cost of $50 million a year.

The Friends suit claims an Environmental Impact Statement is required for all “major Federal actions significantly affecting the quality of the human environment.”

But the “Decision Record” signed by Elko District BLM Manager Jill Silvey clearly states that following “public review” she found the plan “will not have a significant impact to the human environment, and that the Environmental Impact Statement is not required.” This is backed up by a 361-page Environmental Assessment and a four-page Finding of No Significant Impact.

Though the federal lawsuit claims there was a lack of public overview, it states there were 4,940 comments submitted to the BLM during a public comment period.

Silvey’s decision notes, “The BLM received over 4,940 comment submissions during the public comment period; the majority of those submissions (more than 4,780 or 97%) were form letters. Form letters are generated from a singular website from a non-governmental organization, such as an animal advocacy group. Comments identified on form letters were considered along with the rest of the comments received, but as one collective letter. … Letters and e-mails were received both in support of and in opposition to the gather.”

The lawsuit wonders all over the legal rangeland, ruminating about the impact of sterilization on social behavior in herds.

It spouts such pseudo-scientific folderol as this: “A potential disadvantage of both surgical and chemical castration is loss of testosterone and consequent reduction in or complete loss of male-type behaviors necessary for maintenance of social organization, band integrity, and expression of a natural behavior repertoire.”

But the lawsuit fails to ever address the fact the feral horses are currently starving and dying of thirst due to their excess numbers, much less their impact on wildlife, ranching and recreation.

The suit demands that the court block the population control plan, and, of course, seeks for themselves “reasonable costs, litigation expenses, and attorneys’ fees.”

Meanwhile, the BLM argues, “A gather of wild horses from the area is also necessary to prevent continued degradation of rangeland resources, and the unnecessary death or suffering of individual wild horses that are being currently impacted by a lack of water and forage. The BLM is required to manage multiple uses to avoid continued degradation of the rangeland, and reduce the potential for catastrophic loss of animals.”

The courts should let the BLM try its management plan for a couple of years and hear the horse huggers’ suit later if it is not working. Doing nothing while the litigation languishes is not an option.

Wild horses being warehoused at Palomino Valley near Reno. (Photo by Jo Mitchell)

When it comes to carrying out the instructions from Congress on the management of wild horses and burros under the Wild Free-Roaming Horses and Burros Act of 1971, the BLM is so bold and so brazen as to write on its own website that it doesn’t care one whit what the law says, as recounted in this week’s newspaper column, available online at The Ely Times and the Elko Daily Free Press.

Under a section of its website labeled Myths and Facts the BLM denies that it is selling or sending wild horses to slaughter:

“Fact: This charge is absolutely false. The Department of the Interior and the Bureau of Land Management care deeply about the well-being of wild horses, both on and off the range, and it has been and remains the policy of the BLM not to sell or send wild horses or burros to slaughter. Consequently, as the Government Accountability Office noted in a report issued in October 2008, the BLM is not in compliance with a December 2004 amendment (the so-called Burns Amendment to the 1971 Wild Free-Roaming Horses and Burros Act) that directs the Bureau to sell excess horses or burros ‘without limitation’ to any willing buyer.”

In another “Fact” the agency admits there are 14,000 too many horses currently roaming the West.

These are just two of the myriad misdeeds by the federal land management agency revealed in a recent federal lawsuit filed by the Nevada Association of Counties and the Nevada Farm Bureau Federation against the Department of Interior, the BLM, Secretary of the Interior Sally Jewell and others.

The suit asks the court to issue an injunction or writ requiring federal agencies to follow the wild horse and burro law, because its current failure to do so is starving the very animals the law was intended to protect.

“Free-roaming horse and burro herds in Nevada are frequently observed to be in malnourished condition, with the ribs and skeletal features of individual animals woefully on view and other signs of ill-health readily observable,” the suit says.

The federal agencies often claim that their ability to properly maintain the population of wild horses and burros is hampered by a lack of funds. The suit calls this a “self-inflicted handicap,” because half of the BLM’s horse and burro budget is going to warehousing those 50,000 animals, which can live for 25 to 30 years.

Anne Novak, executive director of Protect Mustangs, told The Associated Press, “The plaintiffs have an arrogant sense of entitlement. I’m grateful the American public will see how the plaintiffs allegedly intend on denying native wild horses the right to water and are requesting BLM destroy the majority of the roundup survivors. Their lawsuit will rally more voters to fight for wild horses to remain wild and free for future generations.

If that is the case, perhaps the law should be amended rather than ignored by those paid to enforce the law.

Read the entire column at Ely or Elko.