It appears that a bill passed earlier this year to require background checks prior to the sale or transfer of firearms from one private party to another is being misinterpreted to apply also to Concealed Carry Weapon (CCW) Permit holders, who are currently exempt from such background checks when buying from a licensed firearm dealer.

First reported by The Nevada Independent, a donation-sponsored online news outlet, Department of Public Safety (DPS) a month ago sent a letter to all licensed firearm dealers telling them CCW holders will have to now undergo a background check. Senate Bill 143 changed the law to require dealers to conduct background checks for private sales.

The letter does not cite any verbiage in the law but rather relies on testimony before a joint meeting of the Senate Judiciary and Assembly Judiciary committees in February to support its conclusion. 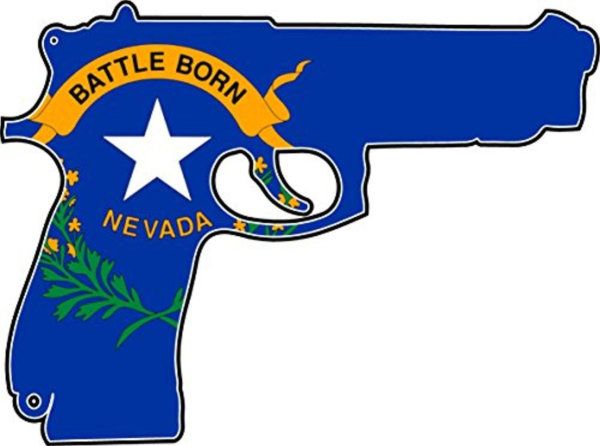 The pertinent testimony involves questions to the attorney for the gun-grabbing, Michael Bloomberg-financed Everytown for Gun Safety, which pushed a narrowly approved voter referendum in 2016 to require background checks prior to private gun transfers. Because the initiative required the background checks to be conducted by the FBI and the FBI refused to do so, it was deemed unenforceable.

SB143 fixed that flaw by requiring a state agency to conduct such background checks after submission by licensed firearm dealers, who may charge an unspecified fee for doing so.

In the committee testimony, Everytown attorney William Rosen was asked by Assemblywoman Jill Tolles whether CCW holders would be required to undergo background checks under the law. Rosen replied, “That is correct.”

Tolles followed up, “It makes sense that someone who is licensed for a CCW and shows his or her card should not be subject to additional checks. Why would that not apply to private sales?”

Rosen basically replied that CCW permits last for five years and there is a possibility a disqualifying event such as a restraining order might not get into the system to revoke the CCW. Might?

As a result, Don Turner, president of the Nevada Firearms Coalition, sent a letter to DPS challenging the interpretation of the law. “A review of SB143 provides no basis for this determination by DPS. Moreover, the minutes of the Joint Meeting of the Senate Committee on Judiciary and the Assembly Committee on the Judiciary have no legal weight or authority and were never incorporated into the statute itself,” Turner wrote.

Turner noted that the statue requires a licensed dealer to treat the private transaction as if the dealer was conducting the sale from its own inventory. A licensed dealer is allowed to accept the CCW permit in lieu of a background check.

He argues the state cannot override federal law as it pertains to background check exemptions for CCW holders and calls on the agency to change its directive to firearm dealers.

The Nevada Independent notes that the change in background check requirements would especially burden rural counties — pointing out for example that 15 percent of individuals in Nye County and 13 percent of the people in Storey County are CCW holders.

DPS should change its interpretation of the law to one that relies on what the law actually says rather than the vague wishes and whims and speculation of East Coast gun grabbers.

A district court judge brought the hammer down on backers of a voter-approved initiative intended to require background checks prior to gun sales by private individuals, telling them the courts and the executive branch cannot fix the problem they themselves created.

The Background Check Act, Question 1 on the November 2016 ballot, passed by a whisker with only 50.45 percent of the statewide vote, failing in every county except Clark. Nevadans for Background Checks reportedly spent $19 million on the campaign for passage with $18 million coming from former New York City Mayor Michael Bloomberg and his political action committee Everytown for Gun Safety. The NRA reportedly spent $6.5 million in opposition.

As Judge Joe Hardy pointed out in his 22-page ruling this past week the Question 1 backers included in the law a requirement that background checks must be conducted by the FBI and not the Nevada Department of Public Safety (DPS), which does the background checks for licensed gun dealers under an arrangement with the FBI called a Point of Contact. This verbiage allowed supporters to argue in the obligatory fiscal note that “no Nevada tax dollars” would be used to conduct the background checks.

Judge Hardy concluded, “This framing and representation no doubt facilitated passage by the voting public,” which seems reasonable considering how narrow the vote margin turned out to be.

The initiative specifically spelled out that those involved in a private gun sale would have to contact a licensed gun dealer to conduct a background check and: “The licensed dealer must contact the National Instant Criminal Background Check System [NICS] … and not the Central Repository, to determine whether the buyer or transferee is eligible to purchase and possess firearms under state and federal law …”

The Central Repository is handled by DPS and uses NICS data as well as state and local data to run background checks required by federal law and those sought voluntarily by private gun sellers.

The Background Check Act carried a penalty of up to a year in jail and a $2,000 fine — if it were enforceable.

But the FBI refused to conduct the background checks, saying a state law could not compel a federal agency to engage in such a costly undertaking.

The backers’ lawsuit sought to have the court force the governor and the state attorney to get the FBI to conduct the background checks or to sever that section from the law. The judge wrote that the state constitution’s separation of powers clause prohibits him from ordering the executive branch to do something so long as their actions are not arbitrary and capricious, and the section could not be severed because that would destroy a central component of the law approved by the voters.

“The Court’s 22-page decision reaffirms what my office has been saying all along — that the Act ‘is unenforceable as written,’” Laxalt was quoted as saying in a press release. “This is not because of anything that I or other Nevada officials have failed to do; in the words of the Court, we have ‘undertaken a real and substantial effort to implement the law.’ Rather, it is a result of Question 1’s flawed drafting. It is unfortunate that the very same people who imposed this defective law on all Nevadans have gone to such lengths to use its brokenness as a reason to politically attack me and other Nevada’s elected officials through litigation. Hopefully, today’s careful decision puts an end to this practice.”

Laxalt is the Republican nominee for governor on this fall’s ballot.

The judge also noted that allegations by the plaintiffs that the attorney general and Gov. Brian Sandoval had failed to aggressively work to make the law enforceable we’re unfounded, detailing communications attempting to negotiate with the FBI, and saying the proponents made improper emotional appeals about public safety.

Gov. Sandoval’s office told The Nevada Independent, a web-based news site, “the Governor’s Office believes the order speaks for itself.”

Basically, the drafters of the initiative were too wily for their own good, opting for selling the law as tax-free and thus building in its own Catch-22.