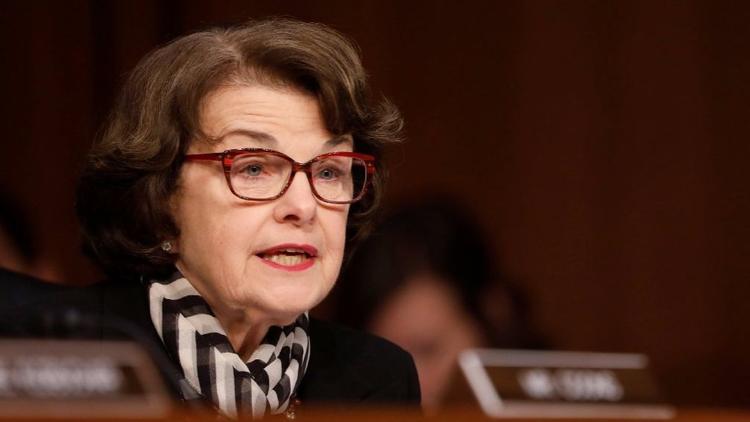 Only now that the shoe is on the other foot does there appear to be a problem.

Democratic California Sen. Dianne Feinstein said Monday that Congress should end the EB-5 visa program that grants visas to foreigners who invest at least $500,000 in job-creating projects in the U.S., calling it a “citizenship-for-sale” program, according to news accounts.

Her umbrage was prompted by reports that President Trump’s son-in-law Jared Kushner representatives marketed the visa program to potential Chinese investors over the weekend.

Where was the outrage four years ago when Nevada Sen. Harry Reid twisted arms at the Immigration and Customs Enforcement to reverse a decision that was blocking Chinese investors in a Las Vegas casino with ties to Reid’s son Rory?

An ethics complaint was filed against Reid but it was buried in the bureaucracy.

In fact, four days after that complaint was filed, the Senate voted to confirm the nomination of Alejandro Mayorkas to become the second in command at the Department of Homeland Security. Mayorkas was the one who granted the visas after personally talking to Reid. The vote was 54-41. Had Reid not just nuked the Senate rules of filibuster the nomination would have failed to achieve the previously required 60 votes.

Mayorkas was confirmed despite the fact he was under investigation at the time for expediting certain visa applications for certain applicants despite the rejection of those visas by career staffers.

Reid had made a personal call to Mayorkas, according to the Washington Times, who promised him his agency would take a “fresh look” at the SLS hotel and casino visa request. Soon after that the agency expedited visas for about two dozen foreign SLS investors. The Washington Times reported that Federal Election Commission records show executives for two companies involved in the hotel project had made $127,000 in political donations over the previous three elections, mostly to Democrats.

The Cause of Action ethics complaint said, “Despite the fact that these applications were ineligible for appeal, Senator Reid’s efforts to lobby USCIS resulted in the reconsideration and approval of those applications … Even more troublesome is the fact that Senator Reid’s son, Rory Reid, and his law firm, Lionel, Sawyer & Collins P.C., are legal counsel to the SLS Hotel and Casino.”

Later an ICE agent who tried to block the SLS visas was fired. She refused to accept a $100,000 severance package that would have required non-disclosure and testified before Congress about the abuse of the EB-5 program. She later accepted an undisclosed settlement.

The agent testified that EB-5 visas were approved in as little 16 days and “lacked basic necessary law enforcement” screening.

In a June 2016 story The Daily Caller listed some of the questions left unanswered following the agent being fired:

–Did Reid’s office specifically demand she be fired so the visa application could go through? When (ICE Special Agent Taylor) Johnson was re-assigned to clerical duties was Reid’s office informed?

The Hatch Act, of course, limits overt political activities by federal employees, not congressional testimony by whistleblowers.  Who authorized the staffers to employ such obvious falsehoods to coerce Johnson into silence?

The political kneecapping certainly worked. In-remarks, Johnson spoke of suffering retaliation for her opposition to the EB-5 program but left Reid’s name out of it.

–DHS fired Johnson in February 2016 after she declined a $100,000 severance package with a confidentiality agreement that would have allowed her to leave the agency with a clean work record. Who at DHS thought it would be a good use of taxpayer money to pay Johnson not to talk publicly about something she had already testified before Congress?

None of that has been answered.

Back then nothing could be heard from Democrats over the chirping of crickets, but now Feinstein ruminates that it is  “crystal clear that the EB-5 regional center program presents a stark conflict of interest for the Trump White House.”

Reid got a pass and a coverup, but Trump is not a fellow Democrat.

Congressional testimony of Johnson in 2015: