The courts in recent years have been nailing down ever more solidly the right to keep and bear arms.

In the District of Columbia the U.S. Supreme Court struck down restrictive ordinances that required that guns be kept at home disassembled or nonfunctional with a trigger lock mechanism, saying this violated the Second Amendment.

Justice Antonin Scalia opined that the Second Amendment reference to a “militia” is a prefatory clause that does not limit the operative clause of the amendment, which guarantees “an individual right to possess and carry weapons in case of confrontation.”

In the case of McDonald v. Chicago the high court overruled a 7th U.S. Circuit Court of Appeals and held that the Fourteenth Amendment makes the Second Amendment right to keep and bear arms for the purpose of self-defense apply to the states. This overturned a Chicago ordinance banning the possession of handguns. 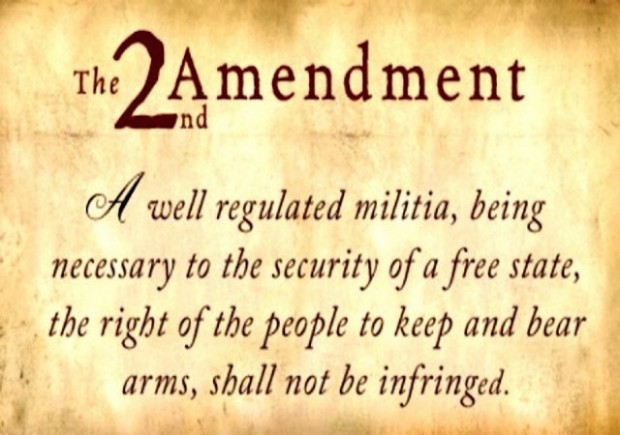 Justice Samuel Alito wrote that rights “fundamental to the Nation’s scheme of ordered liberty” or that are “deeply rooted in this Nation’s history and tradition” are appropriately applied to the states through the Fourteenth Amendment.

Now, a panel of the usually reliably liberal 9th U.S. Circuit Court of Appeals has ruled 2-1, in the case of Young v. Hawaii, that states may not prohibit open carry, though the ruling still lets states require permits for concealed carry.

“But, for better or for worse, the Second Amendment does protect a right to carry a firearm in public for self-defense,” writes Judge Diarmuid O’Scannlain. “We would thus flout the Constitution if we were to hold that, ‘in regulating the manner of bearing arms, the authority of [the State] has no other limit than its own discretion.’ … While many respectable scholars and activists might find virtue in a firearms-carry regime that restricts the right to a privileged few, ‘the enshrinement of constitutional rights necessarily takes certain policy choices off the table.’”

Nevada is one of 30 states that currently allow open carry, while 15 require permits, including neighboring Utah, for open carry and five states, including California of course, plus the District of Columbia prohibit open carry.

Judge Scannlain further pointed out that the right to self protection is one of those unalienable rights that existed prior to the Constitution and the Bill of Rights merely restrained Congress from infringing.

The ruling cited the English Declaration of 1689 as having enshrined “the right of having and using arms for self-preservation and defence.”

“In McDonald, the Court incorporated the Second Amendment against the States through the Fourteenth Amendment, invalidating a Chicago law that effectively banned handgun possession by residents of the city. …” the judge explained. “In determining whether the pre-existing right codified by the Second Amendment was ‘fundamental to our scheme of ordered liberty,’ the Court stressed the centrality of self-defense: ‘Self-defense is a basic right, recognized by many legal systems from ancient times to the present day …’”

Perhaps, such sound reasoning will deter Democratic legislators in 2019 from trying to restrict gun rights, as they have so often in the past.