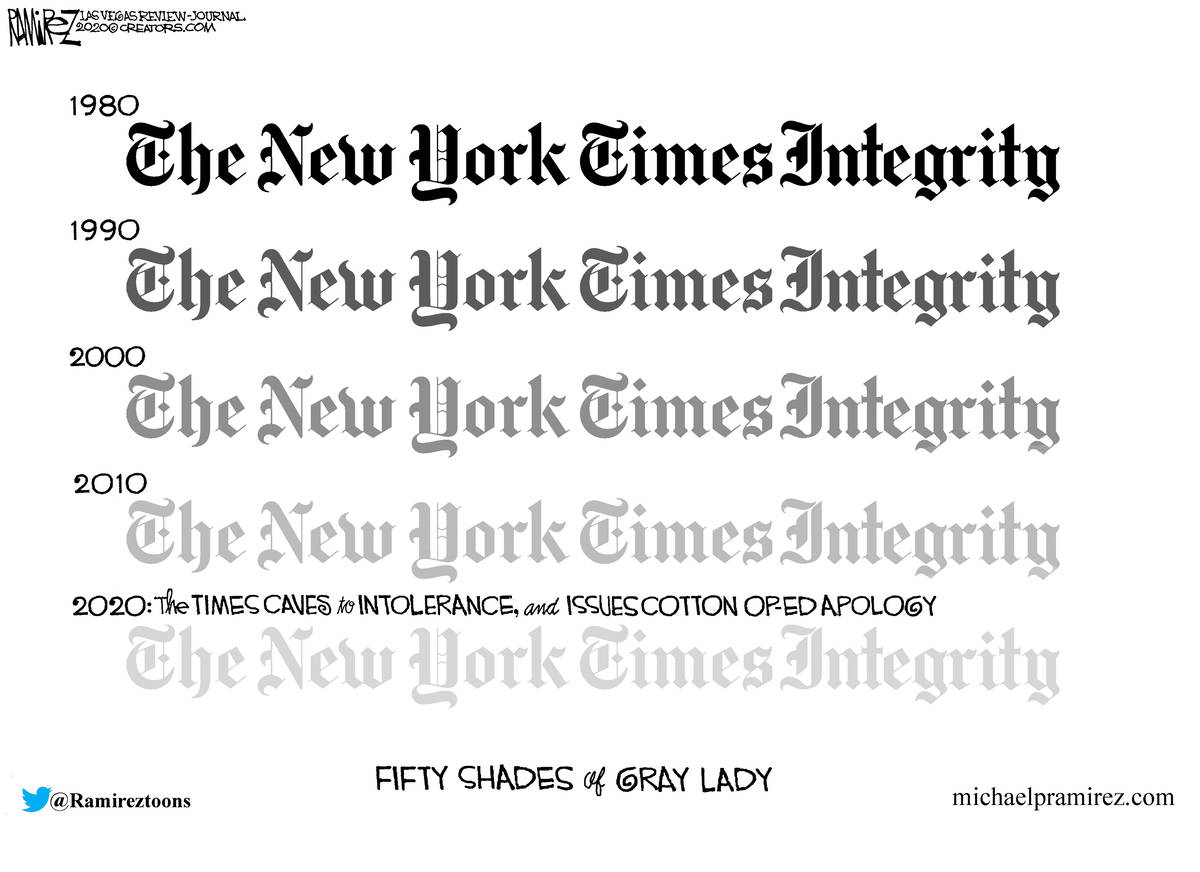 People whose jobs depend on the protection of the First Amendment have joined the cancel culture. The editorial page editor of the New York Times was ousted after fellow staffers demanded his scalp having the audacity of publishing an op-ed by a U.S. senator calling for sending troops to quell rioting. (It now has a lengthy editors’ note atop it online disavowing much of the op-ed’s content.) The editor of the Philadelphia Inquirer was forced to resign for daring to publish an opinion piece under the headline”Buildings Matter, Too.”

The issue here is not about the assertion that racism is endemic in the U.S. The issue is the willingness by many to displace the American system of free argument with a system of enforced, coerced opinion and censorship, which forces comparison to the opinion-control mechanisms that existed in Eastern Europe during the Cold War.

In 2006, the movie “The Lives of Others” dramatized how the Stasi, the omnipresent East German surveillance apparatus, pursued a nonconforming writer, whose friends were intimidated into abandoning him. To survive this kind of enforced thought-concurrence in the Soviet Union or Communist Eastern Europe, writers resorted to circulating their uncensored ideas as underground literature called samizdat. Others conveyed their ideas as political satire. In Vaclav Havel’s 1965 play, “The Memorandum,” a Czech office worker is demoted to “staff watcher,” whose job is to monitor his colleagues. You won’t see Havel’s anticensorship plays staged in the U.S. anytime soon.

The ingeniousness of this strategy of suppression and shaming is that it sidesteps the Supreme Court’s long history of defending opinion that is unpopular, such as its 1977 decision that vindicated the free-speech rights of neo-Nazis who wanted to march in Skokie, Ill. But if people have shut themselves up, as they are doing now, there is no speech, and so there is “no problem.”

Free speech isn’t dead in the United States, but it looks like more than ever, it requires active defense.

Who will dare when their jobs are on the line?