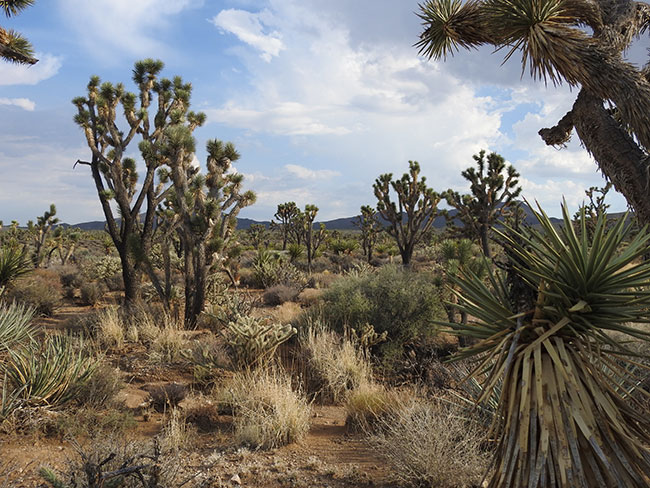 The Bureau of Land Management has rejected a bid by a Swedish firm to construct a mammoth wind turbine project on the Nevada side of the border with California near Searchlight.

The Crescent Peak Wind Project was to have covered 32,000 acres of public land with as many as 220 wind turbines standing 400 to 600 feet tall and generating 500 megawatts of power. The proposed site is adjacent to the Mojave National Preserve and the Castle Mountain National Monument in California and the Wee Thump Joshua Tree Wilderness and the South McCullough Wilderness in Nevada.

While the vast majority of the arguments against the project were based on probable environmental and ecosystem damages, some of the reasons given by the Nevada office of the BLM for denial were actually ones about economics and, perhaps most importantly, air traffic safety.

While the land agency said the project did not conform with the area resource management plan, it also cited other concerns. “These issues include that access to the turbines would potentially affect the development of more than 300 mining claims; the turbines could interfere with radar at two regional air facilities — one military and one civilian; and impacts to the visual landscape,” said Nevada BLM in a statement obtained by Basin and Range Watch.

Such air facilities include McCarran International Airport, a gateway to Clark County’s profitable, job-generating gambling resorts, and Nellis Air Force Base, a key element in the nation’s air defense training that includes air combat and bombing practice ranges that cover a vast swath of central Nevada.

The original denial letter, from the assistant secretary of the Interior Department, also obtained by Basin and Range, mentioned the potential for “a significant threat to military operations” at China Lake Naval Air base 150 miles away in California.

If such turbines can’t be located within 150 miles of such air facilities, where in Nevada, with all its commercial and military aircraft activity, can they be sited?

Dr. Donald Deever of Searchlight warned of just this problem in his 43-page public comment submitted to the BLM in June. He wrote: “As further proof of the devastating frequencies emitted by industrial wind turbines, something that isn’t common knowledge is that in the early years of the first term of President Obama, a feasibility study was commissioned to look into the possibility of transforming the Nevada Testing Site into the world’s largest photovoltaic solar energy plant. Unfortunately, the proposed project was diverted by Senator Harry Reid, who replaced the idea of solar panels with industrial wind turbines. Although Congress approved the project, it was immediately shut down when government engineers and researchers at Area 51 let the President and Pentagon know that the frequencies emitted by industrial wind turbines would completely interfere with America’s advanced stealth technology tests. If the frequencies of industrial wind turbines could overwhelm the circuitry of our country’s most modern stealth circuitry, one can only imagine how much damage it can do to the even more delicate biological systems of all migrating birds, whom scientists now know rely on magnetic fields to accomplish their annual migrations.”

Such limitations on the siting of wind farms near air traffic corridors might have an impact on the implementation of Question 6, should voters approve the proposition again in two years. In November, 59 percent of the Nevada voters approved a change in the state law that currently requires 25 percent of the state’s electric power to come from renewable generation sources such as wind and solar by 2025. Question 6 upped the ratio to 50 percent by 2030, no matter the cost and practicality or whether carbon emissions are actually reduced.

It should be noted that Question 6 passed in only three counties — Clark, Washoe and Mineral. It failed in every other county by wide margins.

Wind and solar eyesores gobble huge tracts of land and the most likely candidates for such projects are generally cheap federal public land, primarily found in rural counties.

Only 22 percent of voters in Lincoln County approved of Question 6, only 26 percent in Eureka, 29 percent in White Pine and Esmeralda and 32 percent in Elko, for example.

It will be hard to generate 50 percent of the state’s electricity with solar power, since the sun shines only half the day.