We have been warned that we must replace all our carbon spewing fossil fuel power plants with renewable ones to save the planet from bird killing global warming.

That’s why they built the thermal solar power plant in the Mojave near Ivanpah. It’s three 40-story, water-filled towers are the focal point of thousands of mirrors, thus turning the water to steam to generate power in the same way those fossil fuel plants do, but without the carbon spewing.

As reported earlier, those superheated focused sun rays are killing birds by the thousands, and things haven’t changed.

The LA Times reports that the plant is killing 6,000 birds a year and no one has any idea how to mitigate the slaughter.

But that’s OK because it isn’t spewing carbon, right? It turns out as much as 30 percent of the power produced by the plant comes from heating the boilers with natural gas. 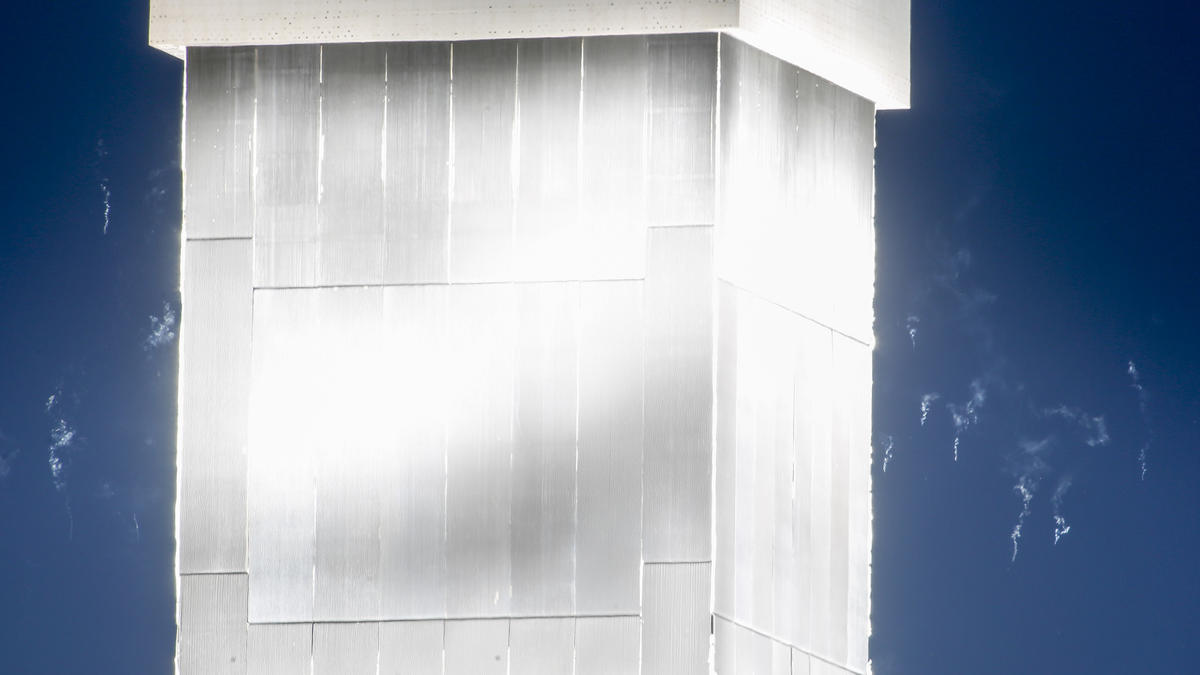 Insects and birds being incinerated by focused rays of the sun at Ivanpah power plant. (LA Times photo)

When you’ve engaged in a lengthy writerly career you all too often find yourself saying: Darn I wish I had written that.

That was precisely the feeling when I read this in an Investor’s Business Daily editorial today:

“If as many birds being burned by solar power farms built in the U.S. were to wash up on our beaches soaked in crude oil from a leaking offshore well, the outrage would be deafening.

“But as with the wind turbines that now cover acre upon acre of former ‘pristine’ countryside, what amount to avian Cuisinarts slicing and dicing everything that flies, including endangered species, only the crickets are chirping.”

The news was reported about a week ago in a couple of online places, but not widely reported.

During a four-hour test on January 14 of the sun reflecting mirrors at the Crescent Dunes solar thermal power plant near Tonopah, 130 birds were incinerated in a solar flux, the focal point of the mirrors which eventually will be used to melt salt and drive a turbine to generate electricity. This is similar to the plant in Ivanpah, which uses water to drive turbines and also has been incinerating birds at an alarming rate — at least alarming to some.

According to Basin and Range Watch, “several biologists on the project site during surveys reported seeing the birds fly into the solar flux, ‘turn white, and vaporize.’ No remains were found.”

This happened a month before another golden eagle was found dead at the Spring Valley wind farm near Ely. A golden eagle was killed there two years ago. The so-called allowable “take” for eagles at the wind farm is one. With this second death a Technical Advisory Committee is supposed to meet and recommend what mitigation to take, which could curtail operation of turbines or even shut down turbines.

The outcry has largely been deafening silence.

A company representative for SolarReserve, the operator of Crescent Dunes, said that apparently the bird deaths occurred during something called “standby” where the mirrors were focused and formed a visible bright spot in the sky above the tower during testing. The company says that once the mirrors are focused on the tower, it appears that the brightness and solid structure is enough to scare away the birds.

The solution they came up with for standby, which during normal operation will be for a few minutes each day during the early morning, is to spread out the mirror pointing in more of a distributed shape covering hundreds of meters just above the tower so that no single point in the sky has too high of a concentration.

The representative said this change appears to have corrected the problem as the company reports zero bird fatalities since they implemented this solution approximately 30 days ago, despite being in the standby position as well as focused on the tower for most days over the past few weeks. They said this is being monitored by an independent environmental consultant, who is carefully watching the area around the tower with high powered binoculars at all times during testing.

This week’s newspaper column, available online at The Ely Times and the Elko Daily Free Press, discusses one of the problems with wind turbines.

While making a presentation recently to a meeting of the Audubon Society in North Las Vegas, U.S. Fish & Wildlife Service biologist Brian Novosak flashed on a screen in the darkened room a stark description of the fowl carnage taking place at the Altamont Pass Wind farm in the Diablo Range east of San Francisco — between 2005 and 2010, 55 to 94 golden eagles were killed each year, as well as upwards of 718 burrowing owls and up to 9,300 passerines (your basic songbirds).

Simulation of what windmills may look it east of Searchlight and near Lake Mohave, home to bald and golden eagle.

“The Fish & Wildlife Service is getting more aggressive with the Bald and Golden Eagle Protection Act,” Novosak said.

Closer to home is Pattern Energy’s Spring Valley Wind farm near Ely, where a golden eagle was recently killed.

A BLM spokesman said Spring Valley wind has a mortality threshold for golden eagles of one.

If another golden eagle is killed a Technical Advisory Committee will meet and recommend what mitigation to take, which could curtail operation of turbines or even shut down turbines.

The federal government’s disparate treatment of various industries whose operations have resulted in the deaths of eagles or migratory birds has become an issue of late. While an oil well driller was indicted for killing a single bird, owners wind turbines have been untouched.

This past week the Interior Department gave the go-ahead for a second utility-scale wind farm on public land in Nevada. This one is east of Searchlight, near Lake Mohave, home to bald and golden eagles.

Meanwhile, a bill has been introduced in the state Legislature to increase the percent of electricity that must come from renewable generation by 2025 from 25 percent to 35 percent — with no regard for cost or consequence.

Read the full column at the Ely or Elko websites.