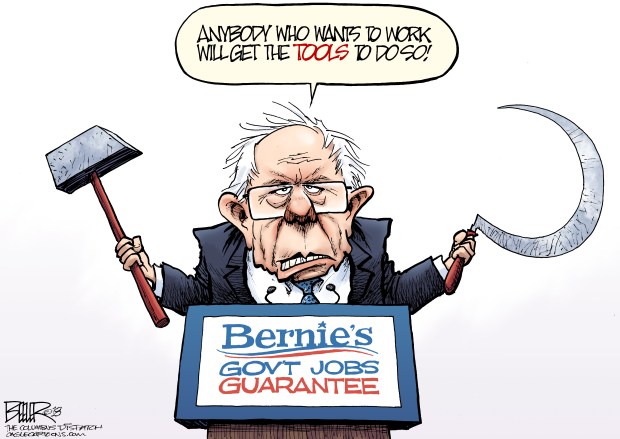 In his State of the State speech Gov. Brian Sandoval called for the creation of a “New Nevada.” He used the term eight times in the speech so he must have meant it.

“Because of our collective effort,” he said, “I believe we now stand at the threshold of a New Nevada — a Nevada prepared to take its place among the most innovative, visionary and well-educated states in the nation.”

His budget calls for increasing taxes by $1.3 billion and sweeping another half a billion from other funds into the general fund to pay for all-day kindergarten, early learning programs, free breakfasts at school, English language learner programs, dropout prevention, digital devices for students, social workers to combat bullying, “Read by Three” and more.

“We have to own the fact that our K-12 system doesn’t need to improve, it must improve,” the governor insisted, later adding, “Our most troubling education statistic is Nevada’s worst-in-the-nation high school graduation rate.”

With his voice rising to the rafters of the Assembly chambers and nearly thumping the dais with his fists, Sandoval admonished: “I submit to you this evening that an education system for this century requires bold new ideas to meet the reality of our time. I am asking the Legislature to join me in beginning the work of comprehensive modernization of our education system to meet the needs of today’s students and the New Nevada. This work begins with our youngest learners.”

Yet, the vast majority of the things he proposes spending money on have failed elsewhere to improve student test scores or increase graduation rates. If the governor wants bold, he should call for creating a “Brave New Nevada.” That would be truly innovative and visionary.

If parents can’t afford to feed their children breakfast or cannot teach them to speak English or cannot provide health care, then it is the responsibility of the state, of course. The governor says so.

Half measures such as those outlined by Gov. Sandoval fall short of his ambitious objectives. Therefore, the state should make all children wards of the state at birth and place them in round-the-clock public nurseries run by efficient and highly qualified public employee union members who can retire at the age of 45 with 85 percent of their highest salary for life. That also solves the unemployment problem right there.

Some of these children will be afflicted with attention deficit problems or other behavioral woes, but their free health care will provide nice, calming drugs to make them all sufficiently pliable little drones so as to not unduly burden our highly qualified and efficient public employee union members.

As for the graduation rate, simply raise the mandatory school attendance age to 22. Those who are too frequently truant would be placed in maximum security public schools. Dropout rate fixed.

To pay for all this, raise the tax on cigarettes by $4 a pack instead of the measly 40 cents proposed by the governor. Surely no one would quit smoking. That would be unpatriotic. Triple the alcohol tax, too.

Raise the sales tax to 30 percent. Without all those kids to feed, clothe, medicate and provide shelter, that’s affordable. Raise the Modified Business Tax on business payrolls from less than 2 percent to 50 percent. It’s not an income tax, which is prohibited by the state Constitution, because it is never income to begin with.

Of course, cut the gaming tax to zero to attract more tourists and their money to Brave New Nevada.

All it takes is more money and state control to create this Brave New Nevada.

New Nevada and Brave New Nevada are grounded in the same principles. They merely differ by a matter of degree.

A version of this column appears this week in the Battle Born Media newspapers — The Ely Times, the Mesquite Local News, the Mineral County Independent-News, the Eureka Sentinel and the Lincoln County Record — and the Elko Daily Free Press.