The Nevada Supreme Court unanimously ruled earlier this month that online publications are protected under the state’s 1970s-era shield law that protects journalists for newspapers, periodicals, press associations, radio and television stations from being required to reveal their news sources during litigation — even though lawmakers at the time doubtlessly did not envision the creation of online media.

A district court judge earlier this year held that a blog does not qualify as a newspaper because it is not printed in physical form and therefore is not protected by the news shield law.

The ruling arises from a defamation lawsuit brought by Storey County Commissioner Lance Gilman against blogger Sam Toll, who questioned on his blog The Storey Teller whether Gilman actually lives in the county and is therefore ineligible to serve on the commission.

Gilman, owner of the Mustang Ranch brothel and manager of the Tahoe Reno Industrial Center, has listed his residence as a trailer on the Mustang Ranch property. Toll wrote that sources told him this was not true. One said that Gilman would leave the brothel grounds every night at 8 p.m. and another said he keeps his possessions at a different location, where he actually lives.

During a deposition, Toll was asked to reveal those sources, but he refused. 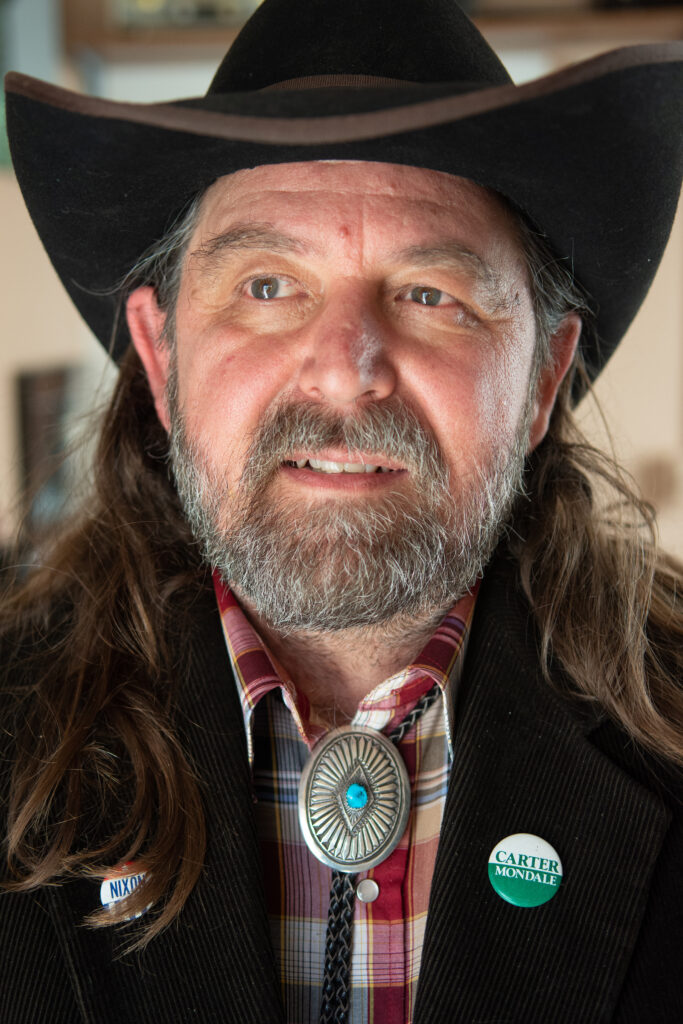 Though the court ruled that online publications may be protected by the shield law, it drew up short of saying whether Toll himself qualified.

The opinion, penned by Chief Justice Mark Gibbons, states, “In light of this modernization of the news media, we are asked to determine whether digital media falls within the protections of NRS 49.275. We hold that it does, but we do not address the specific question of whether or not petitioner Sam Toll qualifies for such protection as a blogger. Therefore, we grant the writ petition in part, so that the district court can conduct further proceedings in light of our holding and reconsider whether Toll’s blog falls within the protection of the news shield statute.”

NRS 49.275 reads in part, “No reporter, former reporter or editorial employee of any newspaper, periodical or press association or employee of any radio or television station may be required to disclose any published or unpublished information obtained or prepared by such person in such person’s professional capacity in gathering, receiving or processing information for communication to the public, or the source of any information procured or obtained by such person, in any legal proceedings, trial or investigation …”

To further complicate matters Toll also filed to have the defamation suit dismissed by citing the state’s anti-SLAPP law. SLAPP stands for Strategic Lawsuit Against Public Participation and is generally defined as vexatious litigation solely designed to squelch free speech under the burden of expensive, tedious and lengthy court wrangling.

Gibbons explained, “The district court held that there was a potentially viable claim under the anti-SLAPP statute. According to the court, Gilman made a prima facie case for a probability of success on the merits as to the falsity of the residency statements and their damaging nature, but he failed to make such a showing for actual malice, which is required to prevail on a defamation claim against a public figure. The district court granted Gilman’s motion for limited discovery on whether Toll had actual malice when making these statements.”

The Supreme Court directed the judge to vacate his order compelling Toll to reveal his sources and to reconsider the motion in light of the superior court opinion.

The courts should keep in mind that at the time of the nation’s founding, when the First Amendment prohibited Congress making any law abridging freedom of the press, the press was often one guy with a press cranking out his views and those of his contributors. Sounds rather like a blogger.

8 comments on “Editorial: Laws protecting journalists should apply to bloggers”