A ruling by a federal judge in California has put law enforcement agencies in Nevada and much of the nation in legal jeopardy if they hold prisoners, who are in the country illegally, for the U.S. Immigration and Customs Enforcement (ICE) for potential deportation.

The ruling by Central California U.S. District Court Judge Andre Birrote Jr. in September held that it is a violation of the Fourth Amendment prohibition against unwarranted search and seizure to hold a prisoner until an ICE agent is available to take that prisoner into custody — unless the detention is expressly authorized by state law.

Judge Birrote wrote, “A fundamental tenet of federalism requires states to determine the powers and responsibilities of their own officers and any attempt to subvert states’ control over their law enforcement runs afoul of the Tenth Amendment. … Thus, even where federal law permits state or local officers to make civil immigration arrests, the authority for such arrests must come from state law.”

Though Arizona and a few other states have such laws, Nevada does not.

As a result, a couple of weeks ago the head of the Las Vegas Metropolitan Police Department, which covers the jurisdictions of Las Vegas and unincorporated Clark County, announced his agency was suspending its formal agreement with ICE — called a 287(g) program — to detain prisoners for pickup by the federal agency. The sheriffs in Nye and Lyon counties also have 287(g) agreements but they have not said what their plans are yet. Other jurisdictions may not have formal agreements but may still cooperate with ICE.

In announcing the change in policy, Metro Sheriff Joe Lombardo said his agency will “continue to work with ICE at the Clark County Detention Center in removing persons without legal status who have committed violent crimes,” according to The Nevada Independent.

ICE’s deputy field office director in Las Vegas, Dana L. Fishburn, issued a statement saying, “Clark County’s decision to suspend its 287(g) program will only benefit criminals. Recent California legislation regarding detainers is irrelevant, and is an excuse to justify a decision that will impact the safety of our communities here in Nevada.”

The potential threat to local enforcement agencies who cooperate with ICE was spelled out in a press release from the American Civil Liberties Union of Southern California at the time of the ruling. It quoted Ruben Loyo, senior litigation attorney at the National Immigrant Justice Center as saying, “For over a decade now ICE has been systematically violating the Fourth Amendment rights of hundreds of thousands of individuals each year through its detainers. This ruling should be yet another reminder to law enforcement that if you comply with detainers you too will be held liable.”

ICE Acting Director Matt Albence warned that the ruling will endanger the public and called it “judicial overreach.” According to Fox News, in the past year ICE deported more than 145,000 illegal immigrants, of those approximately 70 percent occurred through detainer requests made to state and local jails and prisons.

“This conclusion is out of step with the realities of modern law enforcement, endangers the public and construes probable cause in an unfairly restrictive way,” Albence said. “Moreover, this decision, issued by a single judge in Los Angeles will impact at least 43 states, threatening communities far beyond the one in which this judge sits.”

Meanwhile, in Arizona it is business as usual. State law allows county sheriffs “the authority to develop their own protocol consistent with the law,” Ryan Anderson, a spokesman with the Arizona attorney general’s office, told Cronkite News, adding that the law bars detention of people for “longer than necessary” on suspicion of being here illegally. This gives local law enforcement discretion, but one Arizona sheriff said he would hold those in the country illegally for immigration agents only if they are picked up immediately.

Lest some Nevada sheriff or police chief gets dragged into court for holding a potentially dangerous illegal immigrant an extra 20 minutes while waiting for an ICE agent, Gov. Steve Sisolak should call the Legislature into special session to quickly pass a law similar to the one in Arizona.

While we’ll not hold our breaths waiting for the Democratic governor or the Democratic majorities of both chambers of the Legislature to act on behalf of public safety over the convenience of illegal immigrants, it would be the right thing to do. 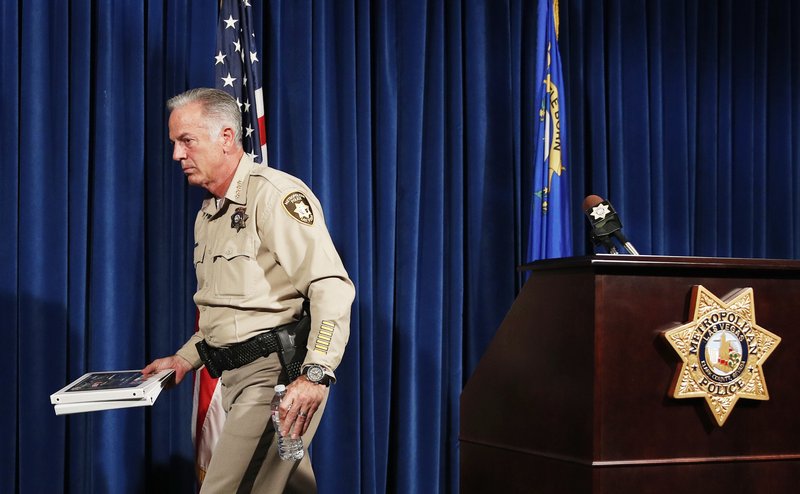