This past week Gov. Steve Sisolak signed Assembly Bill 456 into law fulfilling a promise to raise the minimum wage in Nevada.

AB456 raises the minimum wage 75 cents per hour each year as it climbs from the current $7.25 per hour for those receiving company health insurance and $8.25 for those not insured until it reaches $11 or $12 per hour in 2024.

“Keeping working Nevadans stuck in a 10-year-old minimum wage erodes the real value and purchasing power of the wages of hardworking Nevadans,” Sisolak was quoted as saying by the Las Vegas newspaper before signing the bill. “But with this bill, hundreds of thousands of working Nevadans will see a difference in their paycheck — extra hard-earned money they can use to put food on the table, save for their kids’ education, and re-invest into the economy.”

Yet, some will go from minimum wage to no wage as jobs are eliminated and new jobs fail to be created. Others may see their hours cut to compensate for the higher wage cost. One study found the average low-wage worker in Seattle lost $125 a month because the minimum wage was raised to $15 an hour.

Further, a recent study released by the National Bureau of Economic Research found “robust evidence that minimum wage hikes increase property crime arrests among teenagers and young adults ages 16- to-24, a population for whom minimum wages are likely to bind.”

“We conclude that increasing the minimum wage will at best be ineffective at deterring crime and at worst will have unintended consequences that increase property crime among young adults,” the study authors concluded.

But don’t start spending that minimum wage check just yet. There is a possibility it could be legally challenged.

The amendment set the minimum wage at $5.15 for employees with health insurance and $6.15 for those without. It dictates that raises would match any increase in the federal minimum wage or increase in the consumer price index, whichever is greater, though any CPI increase would be limited to 3 percent. AB456, in the first year, amounts to an increase of 9 percent for the insured and more than 10 percent for uninsured.

The constitutional amendment states how the minimum wage is to be raised and that does not include permission for the lawmakers to raise it by some other means.

The ever-compliant LCB reversed that opinion in 2017.

In the law there is a Latin maxim that states “expressio unius est exclusio alterius,” which means the expression of one thing is the exclusion of the other.

So, if the Constitution dictates just how the minimum wage is to be increased, lawmakers may not cherry pick another means to do so.

This should end up in court. 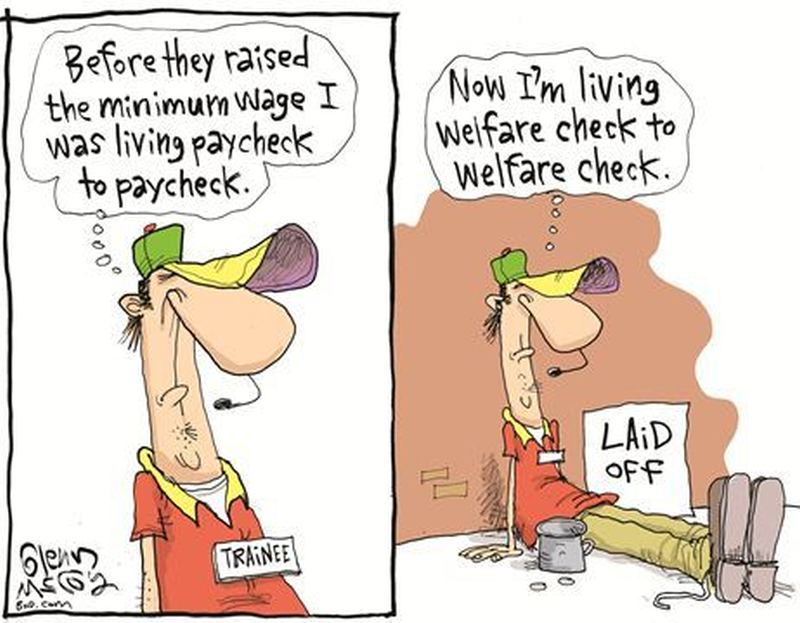