“This effort to challenge this law, I don’t take this lightly. When we decide not to enforce that law, that’s an important decision. The way I made that decision was, we know what the goal is of those who want to pass this bill. At some point they want to take our guns. … They don’t just all of a sudden come out and confiscate guns. There are a lot of things that happen first, and this is one of them. And so, do we stand up now, or do we wait and stand up when they come to get the guns?”

— Shouts from the audience

Apparently there was nary a discouraging word when the Elko County Commission voted unanimously for a resolution declaring the county a Second amendment sanctuary county. Similar sentiments are being expressed by commissioners and sheriffs in other rural counties after lawmakers early in this year’s legislative session passed Senate Bill 143, which requires background checks to be conducted prior to the sale or transfer of any firearm by a private individual to anyone other than an immediate family member. It passed both the state Senate and Assembly without a single Republican vote and Democratic Gov. Steve Sisolak signed the bill immediately.

The Elko resolution concludes, according to the Elko Daily Free Press:

“Now, therefore, be it resolved by the Elko County Board of Commissioners that Elko County is a Sanctuary County for the Second Amendment; and be it further resolved that this Board affirms its support of the duly elected Elko County Sheriff in the exercise of his sound discretion to not enforce any unconstitutional firearms laws against any citizen; and be it further resolved that this Board will not authorize or appropriate any funds or resources for the purpose of enforcing law that infringes on the constitutional right to keep and bear arms.”

The new gun law was an effort to fix the flawed ballot measure narrowly approved by voters in 2016. The backers of the ballot initiative, Question 1, tried to avoid having a fiscal note saying how much the background checks would cost Nevada taxpayers by requiring the checks to be run through an FBI database and not the Central Repository for Nevada Records of Criminal History, which handles all background checks for federally licensed gun dealers in the states. The FBI refused to do the checks and the attorney general declared the law unenforceable and a district court judge agreed.

At the Elko Commission meeting Elko County Sheriff Aitor Narvaiza was quoted as saying, “It is my intention that Elko County sends a strong message to the people of Nevada. Listen to us and do not infringe on our Second Amendment rights.”

Elko Commissioner Rex Steninger was quoted as saying, “Registration is the first step to confiscation. History is littered with what happens when they take our guns away. I did a little research on this. One source estimated 56 million people were exterminated in the 20th century following gun registration and confiscation.”

A number of county sheriffs have called the law unenforceable. 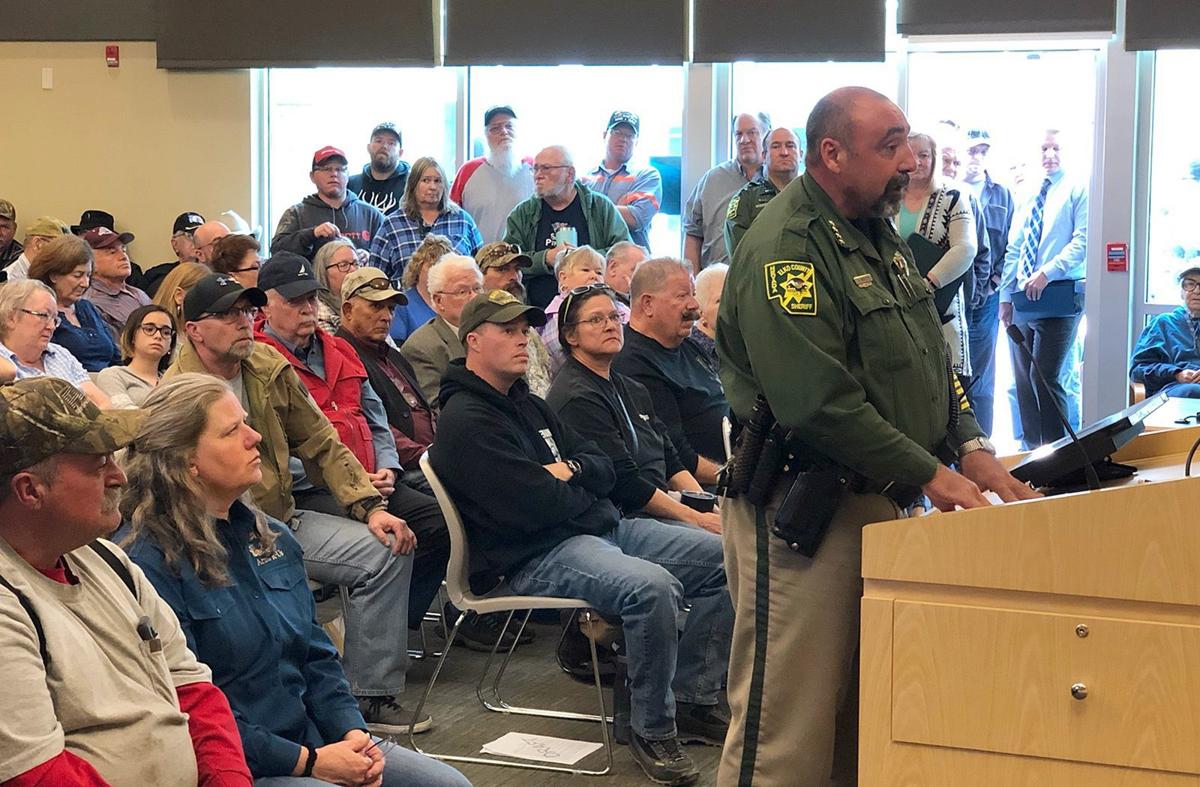