The Associated Press reported recently that Democrats have seized on the fact that the average income tax refund is smaller this year “as proof that the Republican-written tax law hurts the middle class.”

Noting the smaller refund checks, House Speaker Nancy Pelosi wrote on her blog, “People have already taken to social media, using the hashtag #GOPTaxScam, to vent their anger. Many blame President Trump and the Republicans for shrinking refunds. Some on Twitter even said they wouldn’t vote for Trump again after seeing their refunds slashed.”

By this past weekend the hashtag #GOPTaxScam had shown up online 100,000 times.

In fact Democratic presidential candidate Kamala Harris, a U.S. senator from California, tweeted, “The average tax refund is down about $170 compared to last year. Let’s call the President’s tax cut what it is: a middle-class tax hike to line the pockets of already wealthy corporations and the 1%.”

The liberal website Huffington Post reported, “The average refund check paid out so far has been $1,865, down from $2,035 at the same point in 2018, according to IRS data. Low-income taxpayers often file early to pocket the money as soon as possible. Many taxpayers count on the refunds to make important payments, or spend the money on things like home repairs, a vacation or a car.”

The story noted in passing that the tax code changes meant that in some cases not enough money was withheld by employers. But nowhere did it note that in the vast majority of these cases the total tax bill for 2018 is less than the prior year. People just got to kept it with each paycheck and did not make interest-free loans to the federal government.

Democrats are seizing on something all right, but it is misdirection and bad math.

Though refunds are about 8 percent lower than a year ago, the Tax Policy Center reports income tax payments are being reduced $1,600 on average, thus increasing after-tax income by 2.2 percent. The center noted that about 65 percent of households will get tax cuts averaging $2,180, while about 6 percent will see a tax increase averaging $2,760.

Since people were paying less in taxes, less was withheld.

Nicole Kaeding, director of federal projects at the Tax Foundation, was quoted by National Public Radio as saying, “Don’t judge your taxes by your refund. That’s only one part of the conversation,” adding, “Ideally, you don’t actually want to receive a large refund. Because what you’ve done is given the federal government an interest-free loan. Instead, what would be better is to adjust your withholdings so you get more take-home pay in every paycheck.”

But never let the facts get in the way of a Democrat trying pick your pocket. 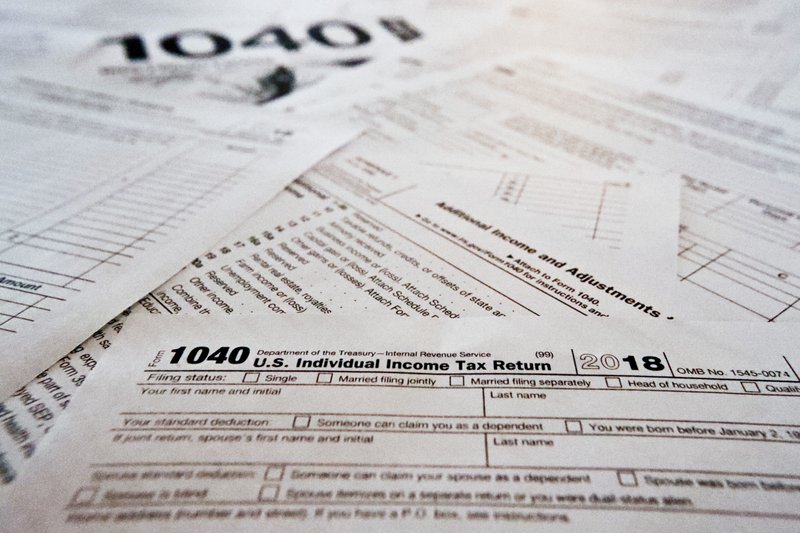