New York Gov. Andrew Cuomo says his state has a $2.3 billion budget deficit, and he blames the revenue shortfall on changes in federal income tax law that limits the amount of state and local taxes that may be deducted, according to North Country Public Radio.

Cuomo and other Democrats from high tax states would like the law repealed, but, as we told you earlier, that would be unfair to low tax states like Nevada. Nevadans — along with residents of New Hampshire, Florida, Wyoming, Texas, South Dakota and Alaska — used to be able to deduct about 1 percent or less of their adjusted gross income, while those who live in New York, Maryland, D.C. and California could deduct more than 5 percent. This means Nevadans bear a proportionately higher federal tax burden than New Yorkers.

The radio station notes that many Democrats in the New York Legislature raising the taxes of the state’s richest residents, but Cuomo seems to have finally realized what happens when you do that.

As we explained less than a month ago, this is called voting with your feet, and it is not a new phenomenon.

Even a blind hog finds an acorn every now and then, Mr. Cuomo. 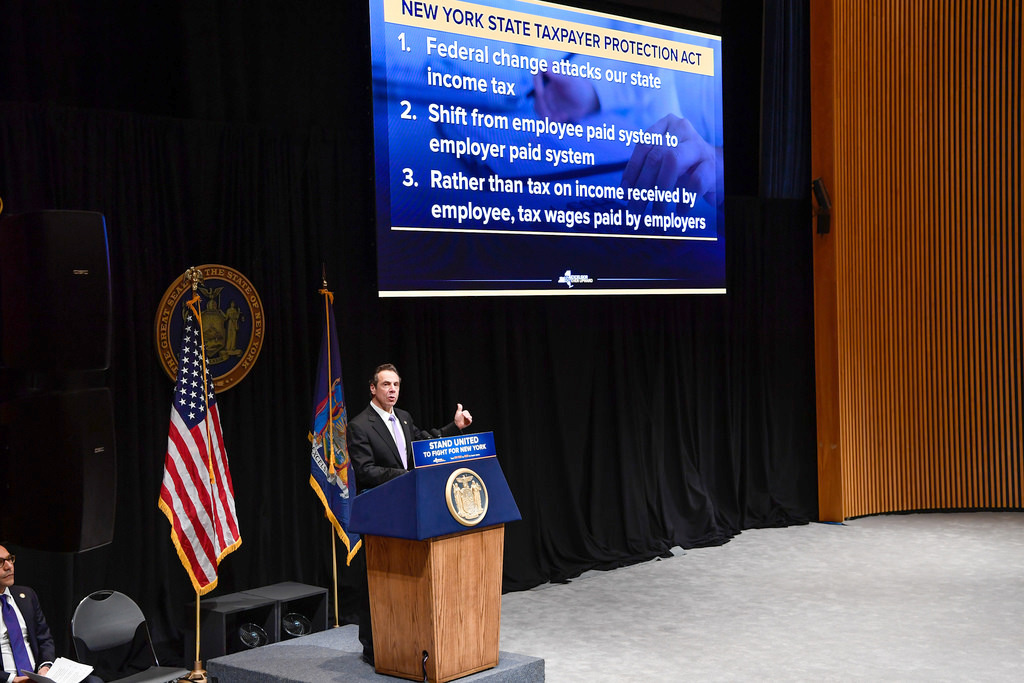