Confederate memorials and statues all across the South are being torn down or moved out of sight.

In dozens of states the Democratic fundraising dinners once called Jefferson-Jackson dinners have been renamed because Thomas Jefferson owned slaves and Andrew Jackson was an Indian fighter.

There have even been demands that Washington’s face be removed from our coinage because he was a slaveholder.

There have been petitions to rename Jeff Davis Peak in Nevada’s Great Basin National Park.

Books by Mark Twain — including “Roughing It,” which is about his tenure in Nevada — are being pulled from libraries and classrooms because they contain an ethnic slur common, nay, ubiquitous in his day.

This past week a statue erected in 1894 was taken down in San Francisco because it depicted a vaquero and a priest standing over an American Indian sitting on the ground.

Now, a committee at the University of California Berkeley School of Law is calling for the name of a one-time Nevada miner, lawyer and judge to be excised in all its many iterations because he was opposed to Chinese immigration.

Up until 2008, what is now referred to as Berkeley Law was called Boalt Hall, after John and Elizabeth Boalt. After John Boalt’s death his widow gave the money that eventually led to the construction in 1911 of “Boalt Memorial Hall of Law.” 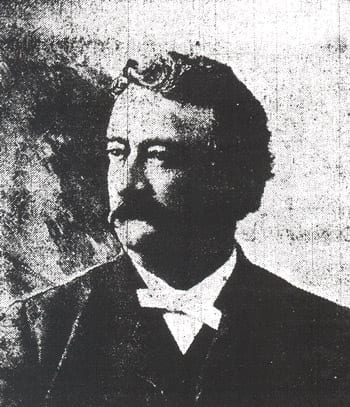 The deed that warrants the proposed erasure of the Boalt name is that in 1877 he wrote a 16-page pamphlet titled, “The Chinese question: A paper read before the Berkeley Club.”

According to a Berkeley Law article about the school name, Boalt argued in the paper for restricting Chinese immigration, saying two “non-assimilating races” could not live harmoniously together because the two races were too physically and intellectually dissimilar.

“The two races are further separated by fundamental differences in language, in dress, in customs, in habits, and social peculiarities and prejudices,” Boalt declared. “In all these respects, the Chinese differ from us more than any known race.”

It was not an uncommon position. In 1879 the voters of California approved an initiative to prohibit Chinese immigration, and in 1882 Congress passed The Chinese Exclusion Act.

John Boalt may well have come by his animus for the Chinese while living in Nevada. He and his wife moved to Nevada to seek their fortune in the Comstock Lode, which also attracted a number of Chinese laborers.

In many areas the Chinese were prohibited from staking mining claims or working in the underground mines. They were segregated into what was dubbed Chinatown. Dan De Quille, a staffer at the Territorial Enterprise in Virginia City during the mining days, wrote in his book “Big Bonanza,” “The Chinese are a curious people and have curious notions on all subjects. They are like Europeans in nothing.”

Twain, a contemporary of De Quille in Virginia City, wrote in “Roughing It” of the Chinese, “They are a harmless race when white men either let them alone or treat them no worse than dogs; in fact they are almost entirely harmless anyhow, for they seldom think of resenting the vilest insults or the cruelest injuries. … Any white man can swear a Chinaman’s life away in the courts, but no Chinaman can testify against a white man. … As I write, news comes that in broad daylight in San Francisco, some boys have stoned an inoffensive Chinaman to death, and that although a large crowd witnessed the shameful deed, no one interfered.”

We wonder how those who wish to eradicate the names of people who behaved contrary to modern standards would have comported themselves had they been born in another era and lived in a culture with a different way of thinking.

We should learn from past mistakes, not blot it from memory. I was once advised that when writing about someone that I should include warts and all, but not all warts either. Shortcomings, by current standards, are a part of the whole story.

It seems paradoxical that these censors are effectively shouting: “We will not tolerate intolerance.”