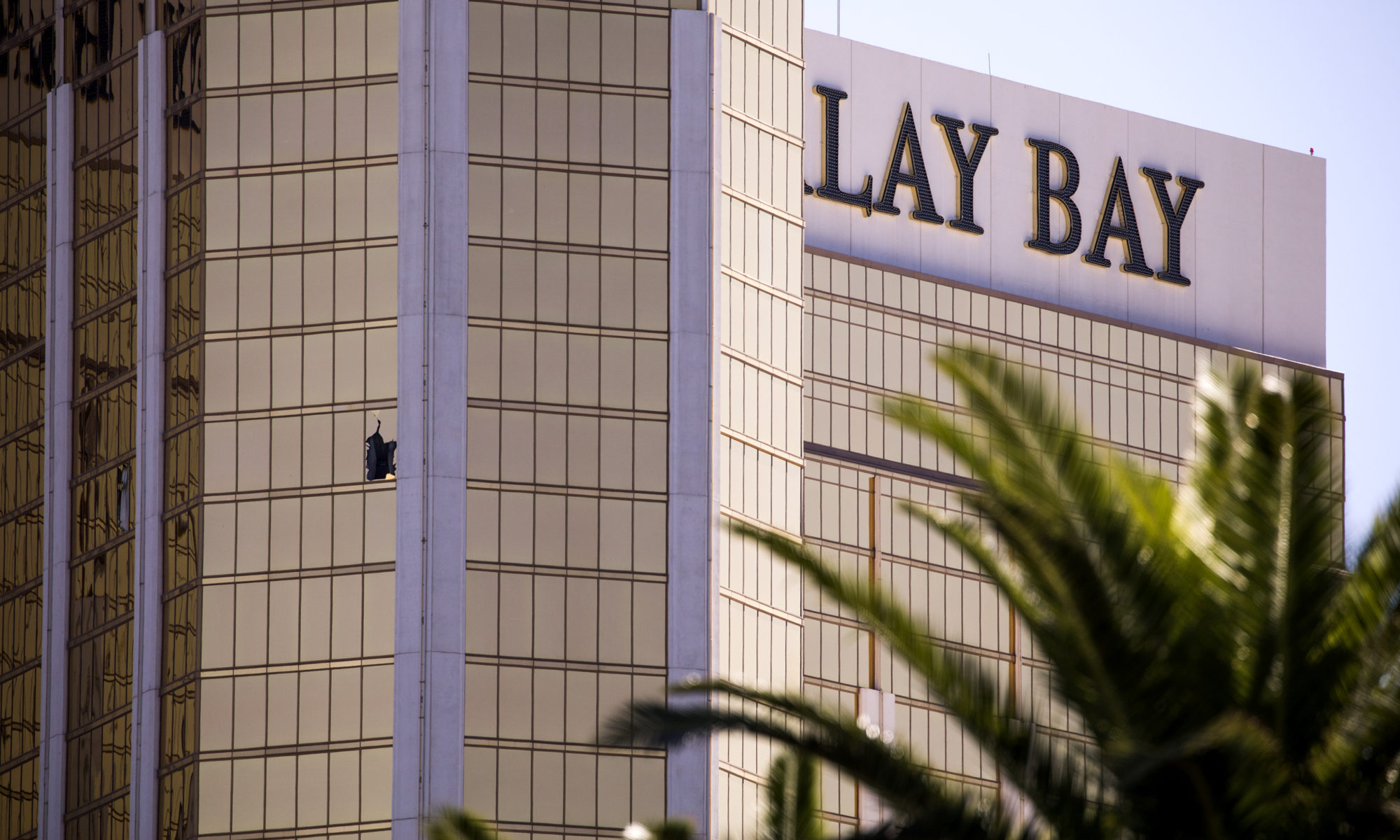 Window from which shots were fired into crowded concert. (Pix by Jeff Scheid for NVIndy)

The pro/con format lives at NVIndy.

Smith makes a cogent argument that the legal maneuver — technically a suit against the victims — is tone deaf and damaging to the brand.

“The legal questions will be determined, but the fallout from the filing of the litigation against shooting victims still in various stages of physical and emotional recovery seems downright cruel,” Smith states. “It’s also terribly risky, and something more than money is at stake.”

Thompson argues that MGM should not be financially liable for the acts of a madman firing from the windows of his 32nd floor room in Mandalay Bay, any more than a convenience store should be liable if someone is shot on its property.

“It is easy to say MGM ‘should have’ noticed (Stephen) Paddock’s activities and prevented his crime,” she writes. “But it is not fair. An unfathomable act was perpetrated. None of us could initially believe it, even as it was happening. One cannot anticipate the unthinkable.”

Frankly, I think she missed a salient argument that MGM bears a fiduciary responsibility to its stockholders and employees to protect the bottom line from financial hemorrhaging. Money if fungible. What goes to cover legal liabilities is not available to pay dividends or wage hikes.

But Smith is right. The damage to the brand can also be costly.

Though MGM clearly bore far greater liability as a result of the 1980 fire that killed 85, Kirk Kerkorian’s rush to settlement may have been both good optics and sound fiduciary responsibility.

By the bye, both columns contained the obligatory disclaimers about MGM being a donor to the website.