Some of the news accounts that heralded the announcement by Telsa Motors that it was giving $1.5 million to Nevada K-12 education as the first installment in a $37.5 million donation did get around to mentioning toward the end that the handout was part of a “commitment” the company made when it accepted $1.3 billion in tax breaks for building its electric care battery factory near Sparks in 2014.

All of the handouts were specifically targeted to items such as robotics and battery programs that might benefit the company.

The Las Vegas newspaper wrote that Gov. Brian “Sandoval said in a statement he was grateful for Tesla’s commitment and the opportunities it would provide.”

As one of the paper’s columnists got around to pointing out, the handout was required in the original deal. “Tesla will make direct contributions to K-12 education of $37.5 million beginning August 2018; grant $1 million to fund advanced battery research at UNLV; prioritize the employment of Nevadans and Veterans,” the deal states.

For that paltry sum and few other “commitments” the company got:

Normally a company giving away millions of dollars for educational programs would be worth celebrating. But this wasn’t an act of corporate generosity. In 2014, the state provided Tesla with $1.3 billion in tax credits and abatements. As part of its pitch, the company promised to give $37.5 million to fund education programs.

Let’s save our praise for those doing philanthropy, not for a company using charity as political cover for a massive handout.

According to the Nevada Appeal, Tesla qualified for $36.85 million in transferable tax credits, plus $115 million in tax abatements during the 2017 fiscal year alone.

By the bye, Tesla’s CEO Elon Musk is worth $20 billion. 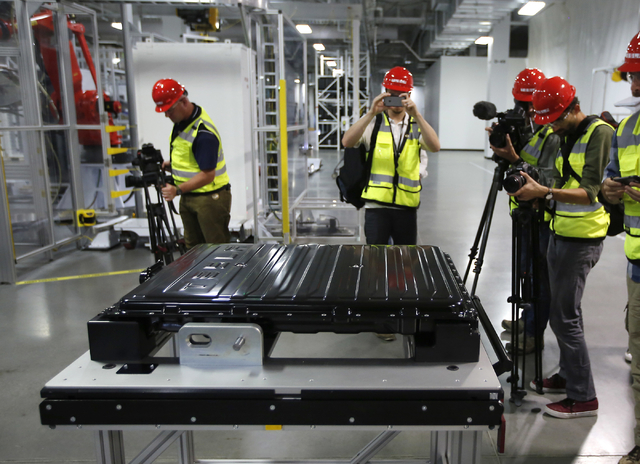 3 comments on “Charity? Yes, but charity for whom?”