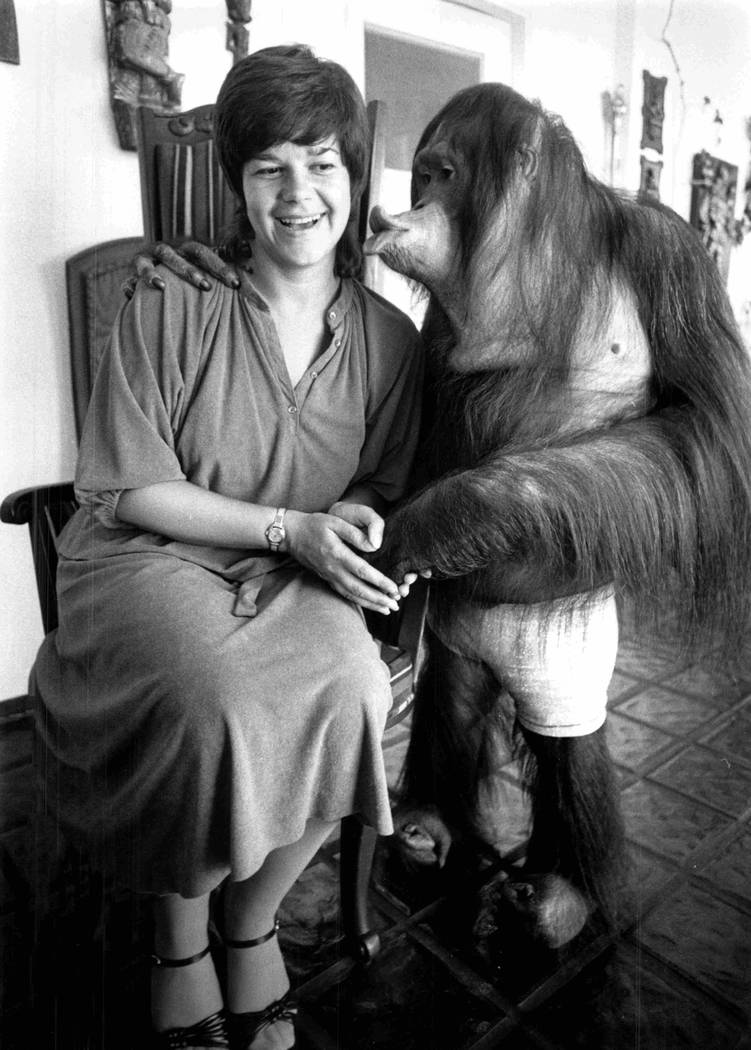 Run, Jane, run. Get out while you can with your reputation intact.

On page 1B of the Sunday newspaper Jane Ann Morrison announced she was voluntarily shoving aside her columnist keyboard. On the back of the Viewpoint section columnist Daniella Greenbaum reported that she had been basically shunted aside for failing to be politically correct.

Greenbaum wrote that she resigned from her post as Business Insider columnist after she wrote that actress Scarlett Johansson taking a movie role in which she would portray a transgender man was just make-believe and actors should be allowed to take on any roles they wish. The piece was spiked and she bailed. Johansson also dropped the planned role when the politically correct pique hit the roof.

After reading that I looked back at Jane Ann’s reminiscence about her decades as an ink-stained wretch and wondered if some self-styled animal rights zealot might take issue with that photo of her with a Strip performer’s ape. There’s always something. Eventually anyone who espouses an opinion is bound to run into the politically correct buzzsaw.

Two of today’s letters to the editor, conveniently, took umbrage with recent screeds by columnists Victor Joecks and Wayne Allyn Root for being insensitive.

An alert reader took the opportunity this morning to email a bit of anonymous satire someone had posted to the web:

It had been snowing all night. So at ….

8:00: I made a snowman.
8:10: A feminist passed by and asked me why I didn’t make a snow woman.
8:15: So, I made a snow woman. Now I have a snow couple.
8:17: My feminist neighbor complained about the snow woman’s voluptuous chest saying it objectified snow women everywhere
8:20: The gay couple living nearby threw a hissy fit and moaned it should have been two snowmen instead
8:25: The vegans at the end of the lane complained about the carrot nose, as veggies are food and not to decorate snow figures with.
8:28: I am being called a racist because the snow couple is white.
8:42: The feminist neighbor complained again that the broomstick of the snow woman needs to be removed because it depicted women in a domestic role.

8:45: TV news crew shows up. I am asked if I know the difference between snowmen and snow-women? I reply, “Snowballs” and am called a sexist by the TV reporter.
9:00: I’m on the News as a suspected racist, homophobic sensibility offender bent on stirring up trouble during difficult weather.
9:29: Far left protesters offended by everything are marching down the street

Moral: There is no moral to this story.  It’s just the world in which we live today and it’s going to get worse.

By the bye, Jane Ann says she plans to give a shot at that novel that everyone is supposed to have inside of them. I can’t help but wonder if it will be set in a small desert, mob-infested gambling town called Three Cacti. (Hint: Obscure “literary” reference to one of her, and my, favorite mystery writers.)