On Tuesday the U.S. Supreme Court will hear a case — NIFLA v. Becerra — that could answer the question of whether forcing speech on professionals is a violation of the free speech guaranteed by the First Amendment.

NIFLA is the National Institute of Family and Life Adcovocates, which gives legal advice to pro-life pregnancy centers, and Becerra is Xavier Becerra, the attorney general of California.

At issue is a California law, called the Reproductive FACT Act, that requires “crisis pregnancy centers” to post notices encouraging women to contact the state to receive information on free or low-cost abortions — forced speech.

According to a synopsis of the case posted the high court website: “The Act also burdens pro-life religious unlicensed centers’ speech by requiring them to place extensive disclaimers in large fonts and in as many as 13 languages in their ads, which significantly burdens their ability to advertise. But the Act exempts most other licensed medical and unlicensed non-medical facilities, such as abortion providers, hospitals, and other healthcare facilities, as well as federal health care providers. The Ninth Circuit candidly admits that it upheld the Act amidst a ‘circuit split’ with decisions by the Second and Fourth Circuits over how to scrutinize regulations of speech by medical professionals on controversial health issues. The ruling also conflicts with a recent decision by the Eleventh Circuit.” 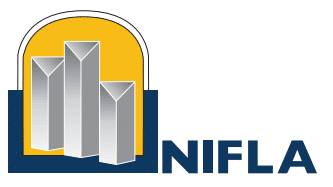 The question before the court is: “Whether the Free Speech Clause or the Free Exercise Clause of the First Amendment prohibits California from compelling licensed pro-life centers to post information on how to obtain a state-funded abortion and from compelling unlicensed pro-life centers to disseminate a disclaimer to clients on site and in any print and digital advertising.”

In an amicus brief filed on behalf of the Cato Institute Ilya Shapiro argues that the law clearly is a free speech violation due to requiring certain content.

Whatever one’s stance on the issue of abortion is irrelevant. This is clearly a free speech issue because it dictates the content of one’s speech, no matter the beliefs, knowledge and conscience of the speaker.

Shapiro reminds the court that it previously has rejected mandated recitation of selective facts, explaining, that “either form of compulsion burdens protected speech. Thus, we would not immunize a law requiring a speaker favoring a particular government project to state at the outset of every address the average cost overruns in similar projects, or a law requiring a speaker favoring an incumbent candidate to state during every solicitation that candidate’s recent travel budget.”

Shapiro then goes on to cite an example of the “truthful” speech that could be compelled if the California law is upheld:

Could a state have required physicians to tell any pregnant patient without health insurance who was contemplating an abortion that she should vote for Barack Obama in the 2012 presidential race if she was concerned about getting access to low-cost health insurance for herself and her unborn child through a state health-insurance exchange? This statement is truthful, non-misleading, and relevant to the patient’s medical decision.

If the state wishes to to convey its message about abortion availability it has numerous ways to do so without forcing certain people to be the conduit for it.

9 comments on “Forced speech is not free speech”