Back in the day, when I was attending j-school in Fort Collins, the state’s dominant newspaper, The Denver Post, was still nicknamed the Bucket of Blood, though its use of screaming red headlines had faded a bit.

It has re-earned that nickname but for a different reason.

According to the Denver Business Journal, the Post is cutting its newsroom from 90 journalists to 60. The newsroom has been halved in just three years.

When the feisty Rocky Mountain News tabloid shuttered in 2009 the two Denver dailies had 450 journalists on their payrolls, the business newspaper says.

Denver City Councilman Kevin Flynn, former reporter at the Rocky, was quoted as saying, “It’s my understanding [The Denver Post’s] owners still make money in this town. A newspaper is supposed to be part of the civic conversation, and you can’t have a conversation if there’s no one there to engage from that side. … People rely on journalists to ferret out what’s going on in a community. We’ve already lost so much. … It’s obviously a race to the bottom, and that’s no good for Denver.” 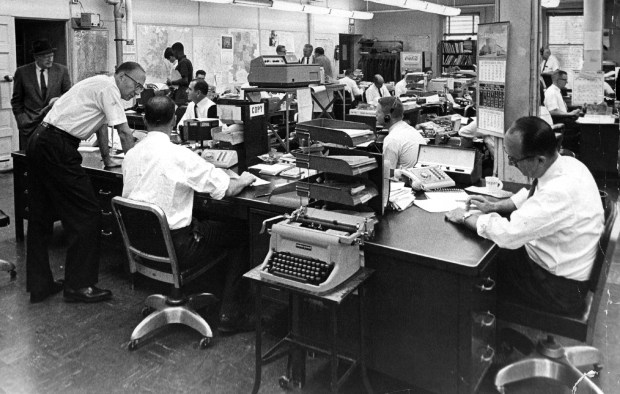