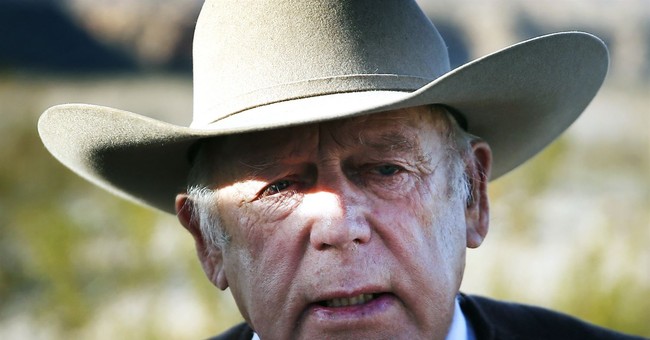 Columnist Bob Barr took a gander at the reasons behind the judge’s dismissal of charges against Cliven Bundy, two of his sons and a Montana militiaman in the Bunkerville standoff and described the government’s behavior thusly:

What appears to have been at the heart of the Justice Department’s unconscionable behavior was sheer hubris; the arrogance that comes from a superior sense of status and power, built on decades of legislative and judicial decisions concluding that the federal government can do whatever it wants, whenever it wants, to whoever it wants and that its actions are not to be questioned.

That pretty well sums it up.

Barr noted that the feds withheld evidence from the defendants and did so “repeatedly and willfully; that is, deliberately and maliciously.”

Has that lesson been learned? Perhaps by the feds, but not by Bundy.

“I don’t recognize the federal government to have authority, jurisdiction, no matter who the president is,” The Associated Press quoted the freed Cliven Bundy as saying. Also: “Nevada, the Western U.S. and all of America, I think we do need changes. The federal government, BLM, is through suing Western ranchers,” he declared. “This is the last fire they’re going to set.”

Bundy’s cattle still roam free on the range and the family has been selling them while Cliven and sons have been locked up. The judge’s order for Bundy to remove the cattle remains in force.

What next? Who will blink?

One comment on “Why the Bundy charges were dismissed and what next?”