The New York Times proudly displays its motto on the front page daily: “All the news that’s fit to print.”

In this age of the Internet some wags have given printed newspapers the derisive motto: “Yesterday’s news today.”

The little insert in the Las Vegas newspaper has taken that dig to heart. Today it has published a New York Times article about a “Black Money” secret government project to investigate UFOs. The article, which appeared on the front page this past Sunday, was first posted online on the Times website this past Saturday afternoon.

The Times reported on Monday that the story had dominated the most emailed and most viewed lists since being posted.

The Las Vegas newspaper carried a brief about the Times story on Sunday and an editorial on Wednesday. Both noted that former Nevada Sen. Harry Reid managed to sneak $22 million in funding for the UFO project into the Defense budget in secret and that the money went to his friend Las Vegan Robert Bigelow.

So, today, for its readers who had not yet bothered to read the original story online, in print or in one of its numerous incarnations, the Las Vegas Sun reprinted the five-day-old Times piece in its entirety, earning its new slogan: “Last week’s news today.”

The headline makes no mention of the editor’s pal Harry Reid and his name does not appear until the jump. There is no photo of Reid or Bigelow. 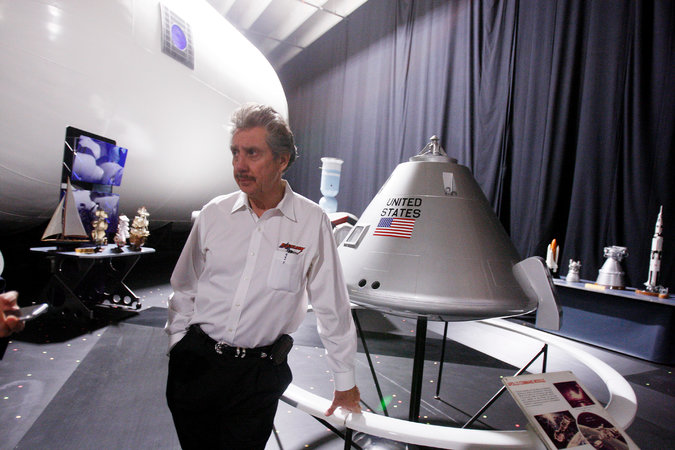