Sometimes the most notable aspect of a news story is what is not in it.

The Las Vegas newspaper today has a front page story about the U.S. Supreme Court agreeing to hear a case that could allow all states to legalize sports betting. Since Congress passed the Professional and Amatuer Sports Protection Act in 1992 only Nevada, Oregon, Montana and Delaware have been allowed to engage in sports wagering because they already allowed it, thus were “grandfathered.”

New Jersey is leading the appeal of a lower court ruling upholding the law.

The story reports that the Nevada casino lobby is siding with New Jersey, saying they hope the expansion of state-sponsored regulated betting would effectively end illegal offshore betting competition.

What the story does not say is where casino owner Sheldon Adelson stands on the matter. Adelson, who happens to own the newspaper, has been a vocal opponent of online wagering, but his Venetian casino sports book has a mobile app that can be used anywhere in Nevada, which seems like online gambling.

The story doesn’t even have one of those disclaimers saying the Adelson family owns the paper.

According to an article at The Federalist in August, Adelson has spent years trying to outlaw internet gambling. He was pressing to extend the Federal Wire Act of 1961 to ban the “bad, addictive” practice of online gambling. The bill is called the Restoration of America’s Wire Act.

The original act intended to stop “mobsters from using telephone and telegraph systems for organized crime, most notably for horse racing and other sports betting.” This was before the Internet, of course.

Online and sports betting seem to be somewhat connected.

The Offshore Gaming Association, whose ox would be gored by repeal of the sports betting ban, noted recently that the appointment of Neil Gorsuch means the court is dominated by states’ rights Republicans. The article says, “It’s also notable that while the GOP is beholden to Sheldon Adelson for giving millions to their campaigns, Adelson’s fight is for the banning of online gambling. Adelson has no interest or concern surrounding sports betting. And Donald Trump himself felt that PASPA is largely to blame for the demise of Atlantic City casinos.”

Adelson once said of online gambling in an interview with Forbes, “I am willing to spend whatever it takes. My moral standard compels me to speak out on this issue because I am the largest company by far in the industry and I am willing to speak out. I don’t see any compelling reason for the government to allow people to gamble on the Internet and nobody has ever explained except for the two companies whose special interest is going to be served if there is gaming on the Internet, Caesars and MGM.”

Yet his sports book has an online app for betting. A little clarification might be in order. 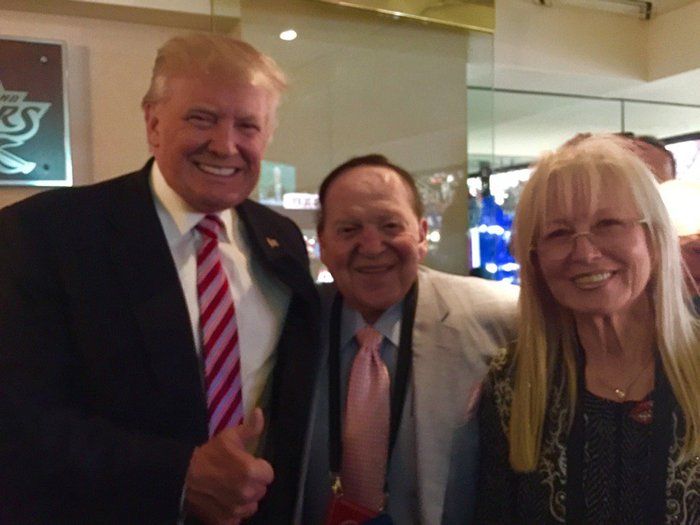