The year 2017 will go down as the year sexual harassment claims erupted — from Hollywood to D.C., from Harvey Weinstein to Kevin Spacey, from senate candidate Roy Moore to Sen. Al Franken.

Lest we forget, this year Nevada had its own sex scandal, but, unlike the others, this one was buried in secrecy and the accused allowed to resign and slink away.

State Sen. Mark Manendo, a Las Vegas Democrat, resigned in July after the taxpayers shelled out $67,125.12 to a law firm to investigate allegations of multiple incidents of inappropriate behavior toward female staffers and lobbyists over a number of years. 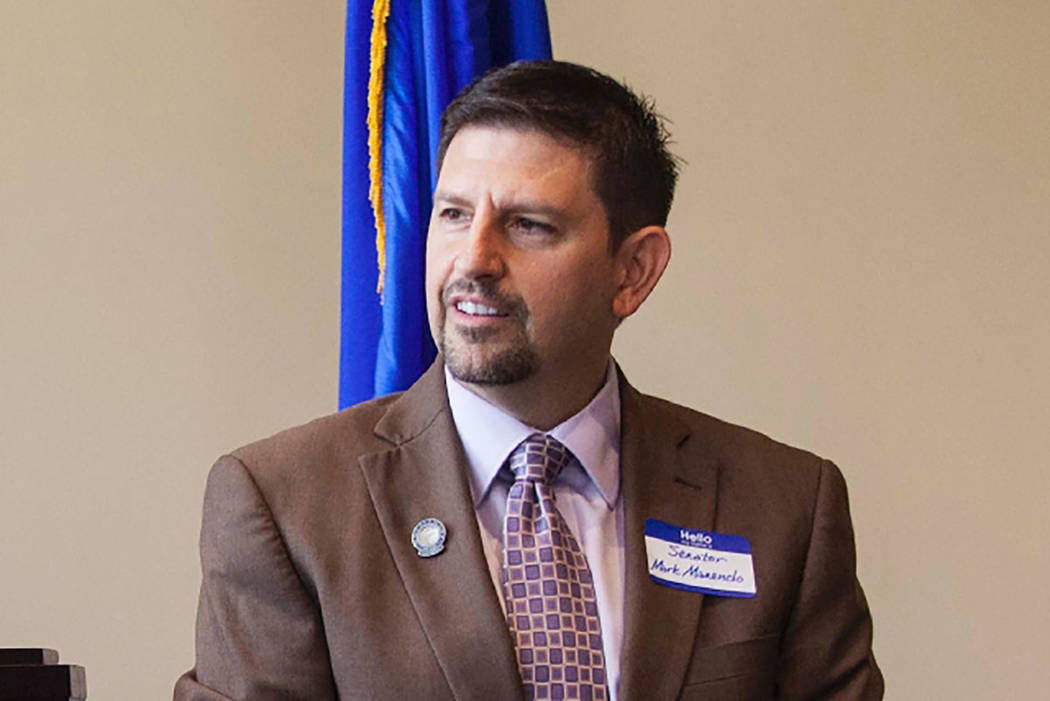 The law firm — after interviewing 58 people, including Manendo — reported in July that Manendo violated the Legislature’s anti-harassment policy on 14 occasions during the 2017 session alone. It also said Manendo tried to interfere with the investigation by trying to get an accuser to recant and attempting to learn the names of other accusers.

In his resignation letter to Gov. Brian Sandoval, Manendo made no mention of the allegations against him. He wrote, “I am grateful for the support, trust, and confidence bestowed upon me over the years by my constituents and colleagues. As my senate term comes to an end, I feel now is the time to step aside and look for new opportunities to serve others.”

When Manendo resigned, the state Senate Democrats put out a press release saying, “Such behavior is not tolerable in any context, let alone by an elected member of the Nevada Senate. It is in the best interests of the institutions of the State Senate and the Nevada Legislature that Senator Manendo resigns from office.”

But the statement also declared, “In order to maintain the privacy and confidentiality promised to the victims and witnesses who spoke to the independent investigator, the investigative report will not be made public.”

Did the Democratic senators purposefully hide the severity of the misdeeds of one of their own that had been going on unaddressed for years?

After news media outlets filed requests for access to the investigative report under the state Public Records Law — which states that, unless exempted by statute, all public records are available for public scrutiny — the Legislative Counsel Bureau (LCB) issued a 37-page document denying those requests.

Barry Smith, executive director of the Nevada Press Association, commented to the Las Vegas newspaper at the time, “Their lawyers have built a case for protecting legislators from public scrutiny on the argument that it’s not in the public interest and the Legislature is not a governmental entity. That’s ridiculous. It’s the kind of double-talk used by people to justify all kinds of nonsense.”

Concealing a government-contracted and taxpayer-funded report on the behavior of an elected official is tantamount to obstruction of justice. How are the citizens ever to be able to evaluate the seriousness of the allegations or even whether the the allegations might have risen to the level of warranting criminal prosecution?

How high or low is the bar set for future lawmakers and legislative staffers and lobbyists?

We believe the public deserves a full accounting and that someone running for attorney general should join us in demanding that accountability.