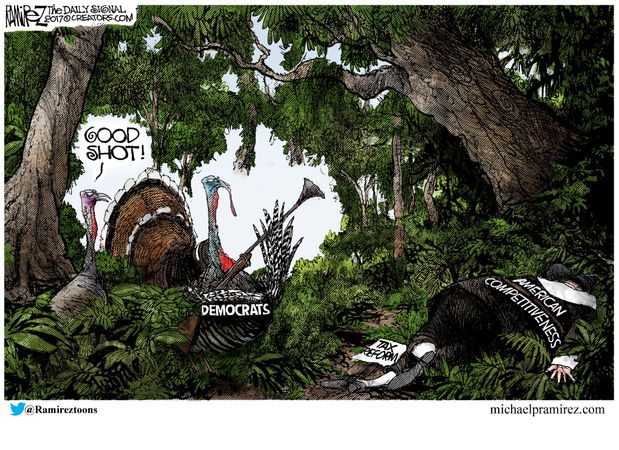 If you are trying to follow the debate in Washington about tax reform in its various and evolving iterations, you are likely to come away muttering: Figures don’t lie, but liars can figure.

This past week the House passed its version of tax reform by a vote of 227-205 with not a single Democrat voting aye. The 13 Republicans who voted nay on the Tax Cuts and Jobs Act are mostly from high tax states such as California, New York and New Jersey, where constituents would no longer be able to deduct high state and local income and sales taxes.

Also this past week and on a party line vote of 14-12, the Senate Finance Committee, where Nevada Republican Sen. Dean Heller is a member, passed a slightly different tax reform bill with the same name.

Nevada’s Democratic delegates to D.C. were all singing from the same hymnal.

Democrat Rep. Ruben Kihuen, who represents northern Clark County and the southern portion of rural Nevada, declared the House bill “nothing more than a handout to big corporations and the wealthiest Americans that unfairly sticks working and middle-class families with the bill.”

Kihuen said the bill also will increase taxes by an average of $680 for 113,000 middle- and low-income Nevada families.

This figure apparently comes from the left-leaning Institute on Taxation and Economic Policy (ITEP), which calculated that in 2027 about 11 percent of Nevadans in the lowest 60 percent of earners would see taxes increase by $680. Kihuen neglected to mention that in that year 89 percent of those Nevadans in that earning range would still have a tax cut of $490, according to ITEP.

Nor does he mention that ITEP calculates that in 2018 only 3 percent of those lower tier earners would have a tax hike of $460, while 79 percent would see a tax cut of $610. How these number were derived is not explained.

Democrat Sen. Catherine Cortez Masto chimed in by claiming the House bill would raise taxes on 36 million working and middle class families, without bothering to mention that in 2017 there were more than 145 million IRS tax returns filed.

Democrat Rep. Dina Titus of Las Vegas lamented, “Of the 50,000 constituents in my district who itemize their taxes, the majority earns less than $75,000 per year.” She failed to note that the standard deduction is being doubled and thus eliminates the need for itemizing for many of them. Nor did she mention that only 25 percent of Nevadans’ tax returns are itemized.

First-term Democrat Rep. Jacky Rosen of Henderson, who has already announced she is a candidate for Heller’s Senate seat, wailed, “This partisan plan adds $1.5 trillion to our deficit and could trigger a $25 billion cut from Medicare as well as further cuts to other programs, unfairly shifting costs onto Nevadans who rely on commonsense tax reliefs policies that help those saddled with high-cost medical expenses, students struggling to pay off their college loans, and teachers trying to buy basic supplies for their classrooms.”

But Republican Rep. Mark Amodei, who represents Northern Nevada, counters that such deficit claims fail to take into account the anticipated growth in GDP that should increase wages and jobs and actually grow federal tax revenue.

“Even a 1% increase in GDP generates about $3 trillion in revenue over 10 years — more than covering the anticipated $1.5 trillion deficit,” Amodei reported in an email. “The accuracy of this projection can be further evidenced by going back to the Clinton Administration where GDP growth was at 3.9% – the highest it’s ever been under the last five administrations – and the government was operating under a surplus.”

The congressman also pointed out that for those in his district with an annual income of around $64,000 the federal tax cut effect is more than $1,200 a year with the new brackets and increased standard deductions.

Amodei and Sen. Heller both cited the calculations by the Tax Foundation which estimates that both the House and Senate bills could bring 8,000 additional jobs to Nevada and boost middle-class income by $2,500 a year.

What are you going to believe? Historic precedence or cherry-picked examples of a handful of outliers?