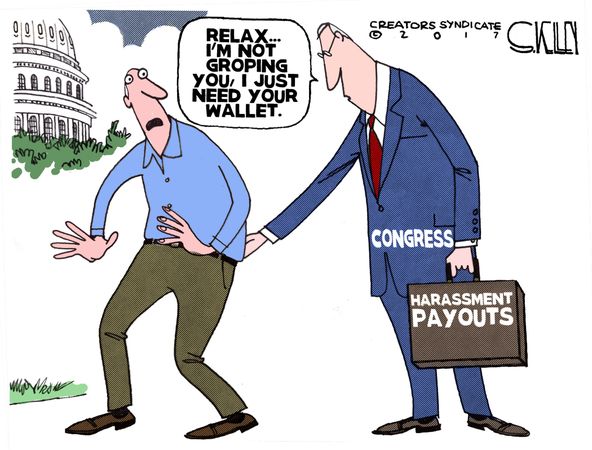 Isn’t it nice to know your tax dollars have been used to payoff employees of Congress who have been subjected to civil rights, labor, and workplace safety and health law violations — presumably including sexual harassment.

Under the Congressional Accountability Act of 1995 congressional staffers are covered by those and their employers are no longer exempt. But in most cases the employee pays the penalties for violations, but not members of Congress.

According to the Office of Compliance, taxpayers from fiscal year 1997 through 2017 have shelled out $17.25 million dollars to cover the legal awards and settlements with congressional staffers.

Specifics about the reasons for claims, the person complaining and the person complained about are conveniently not reported. Therefore, there is no accountability — ironically enough given the name of the aforementioned act — nor means for voters to address how their money is spent.

According to Politico, California Democratic Rep. Jackie Speier is pushing for legislation to make members of Congress personally liable for any harassment settlements. Why not any other violation of the law?

“Make no mistake that the fault of the current complaint process lies within Congress, which authored and passed this deeply flawed legislation that established the Office of Compliance and its burdensome complaint process,” Speier was quoted as saying. “It is our responsibility to fix this law and do better for our employees.” 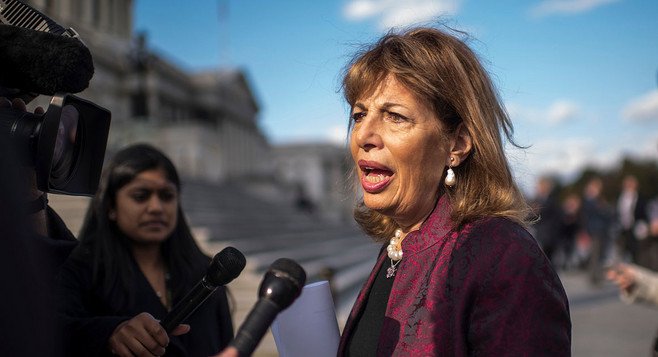