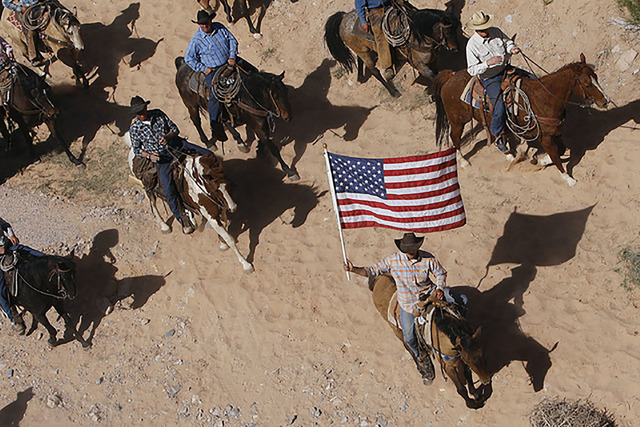 Equal justice under the law?

They have been jailed for nearly two years pending trial. The trial is expected to take months to complete. Six more defendants, including two more Bundy sons, Dave and Mel Bundy, is scheduled for 30 days after the current trial ends.

In an earlier trial defendants Ricky Lovelien of Oklahoma and Steven Stewart of Idaho were acquitted of all charges by a jury. That jury acquitted two others of many charges but could not reach a unanimous verdict on four counts against Eric Parker and two counts against Scott Drexler, both of Idaho. Parker’s attorney told The Associated Press that a juror told him that votes were 11-1 for acquittal on those six counts.

Parker and Drexler have since pleaded guilty to a misdemeanor and released for time served.

Gerald “Jerry” DeLemus of New Hampshire pleaded guilty to conspiracy to commit an offense against the U.S. and interstate travel in aid of extortion. He was sentenced to seven years in prison.

A jury convicted Gregory Burleson of Arizona of eight counts, including assault, threats, extortion, obstruction of justice, and multiple gun charges. He was sentenced to more than 68 years in federal prison. Todd Engel of Idaho was convicted by the same jury but apparently has not yet been sentenced but faces up to 30 years in prison.

The fate of those now on trial may depend largely upon who is picked as jurors. The judge in the case has ruled that the defendants may not argue that their actions were justified by the First Amendment right to free speech or their Second Amendment right to bear arms. She concluded, “The Court will not permit argument, evidence, or testimony regarding Defendants’ beliefs about the constitution as such beliefs are irrelevant and a possible jury nullification attempt.”

So far the Bunkerville prosecutions have not resulted in equal outcomes.

One comment on “What fate awaits the Bunkerville standoff defendants in latest trial?”