Waiting at the DMV

Everything in the grocery store has a shelf-life, sell-by or, worst of all, expiration date.

Now, I know how that feels. I recently renewed my driver’s license. Nevada is transitioning to driver’s licenses that are good for eight years instead of four, but not for those over the age of 65. We can only get licenses good for four years. Do they think we might expire before eight years? Become too infirm or decrepit to handle a couple of tons of steel at 80 mph on the freeway?

I’ll have you know that I can still take to the road and maneuver as well as any well coordinated, rapid-reflex whippersnapper — so long as I have the appropriate cushions and pillows and lidocaine patches to relieve the arthritis. Yes, there are 100,000 miles on the odometer and far more on the driver of the SUV with the vanity plate “4TH ST8,” which is a reference to Edmund Burke’s description of the press gallery in Parliament in 1787 as the Fourth Estate. The other estates of Parliament were the royalty and the church and the commoners. And no I wasn’t there to report on it.

In 2018 everyone except the geezers receive eight-year licenses upon renewal. At least the fee for those in their dotage is only $18.25, though it is only for those four precious years.

At least these days you don’t have to spend a large portion of those four years waiting in line at the DMV. You can make an appointment on your computer. The DMV gives you options for appointment times in a couple of days.

You can also opt for a standard license or the Real ID, which you will need to board an aircraft after Oct. 1, 2020. To get the Real ID you need to bring one document for proof of identity, such as birth certificate or passport, one document for proof of Social Security number (I still carry the card I got at age 16 so I could work in the oil fields, the one that says, “For Social Security and tax purposed — not for identification.” That disclaimer was removed in 1972.), two documents to prove your Nevada residential address, such as utility bills, and a completed driver’s license application form.

Once you’ve made the appointment you get text reminders on your cell phone.

So, I made an appointment and dutifully drove to a DMV office and arrived at the appointed hour, only to realize I had left all the documents required for the Real ID on my desk at home. Did I mention something about dotage? I canceled that appointment via cell phone, drove home and made another appointment for the next week.

With documents in hand, I arrived 15 minutes before the next duly appointed hour and stood in line at the appointment desk for an exhausting three minutes. All signed in, I sat in the gymnasium-sized waiting room until the last four digits of my cell phone were called almost precisely at the appointed hour.

An efficient young lady made copies of all the paperwork entered data in her computer terminal and efficiently administered the vision test — at least after I explained to her that I was bionic. The cataract surgeon had replaced my original lens with ones in which the right eye handles distance and the left one close items. “Monovision,” she said, and adjusted the device accordingly.

I was then directed to the photograph section where there was one person in line ahead of me. Photo taken, current license perforated to make it invalid and handed an 8-by-10 sheet of paper to stuff into my already overstuffed wallet — one tends to collect stuff to stuff in one’s wallet over the years — as a temporary license until the new one arrived in the mail about a week later. I was out of there in less than half an hour with my four-year license.

There is something about the whole thing that gives added and ominous meaning to the term expiration date. 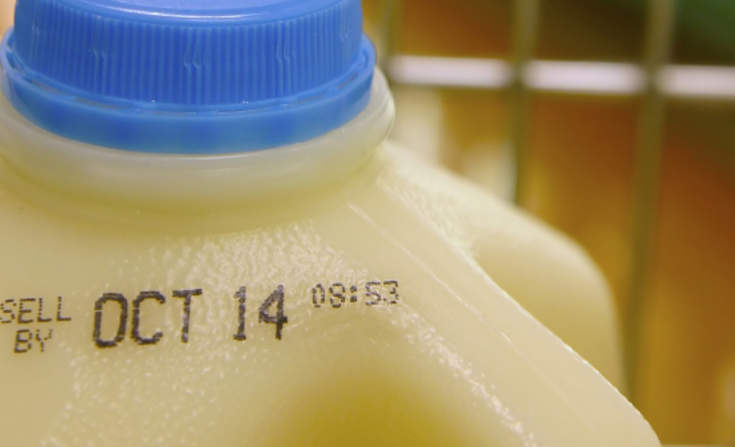