So, your boss promises to give you a raise next year, prompting you to make plans for how to spend that windfall. In the meantime, that boss is fired and replaced with a new boss, who nixes the raise. That means you “lost” money, right?

That’s how it works in Washington-speak.

According to Modern Healthcare, “Two nonpartisan analyses of the Graham-Cassidy bill show that many states represented by Republican senators would lose billions of dollars in federal healthcare funding through 2026 and far larger amounts after that.”

According to The Wall Street Journal, Graham-Cassidy would address the huge inequities in ObamaCare Medicaid funding between the states.

“According to the proposal’s authors, Washington in 2016 sent states anywhere from about $400 (Mississippi) to over $10,000 (Massachusetts) per beneficiary whose annual income was between 50% and 138% of the federal poverty level,” the paper reports. “In contrast, the size of the Graham-Cassidy block grant would not depend on whether a state chose to expand its Medicaid program. Thus, it would equalize the base per-person amount the federal government gives states. In 2026 it would be about $4,400 for each qualified beneficiary. The bill then adjusts these payments to compensate for factors such as demographic differences and various levels of illness among the states.”

So, some states will lose all ill-gotten windfall from ObamaCare. 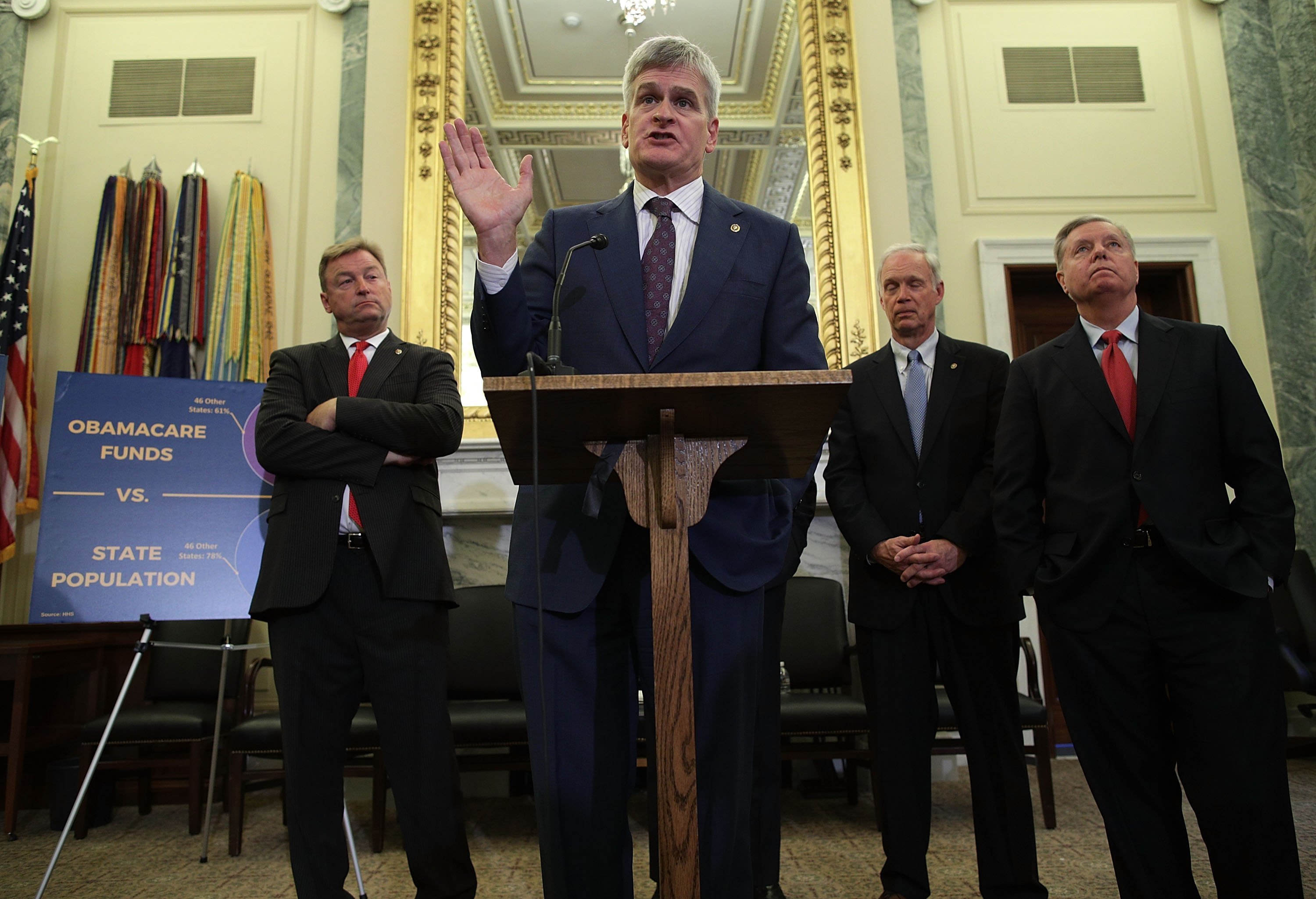 One comment on “ObamaCare: How can states ‘lose’ what they never had?”