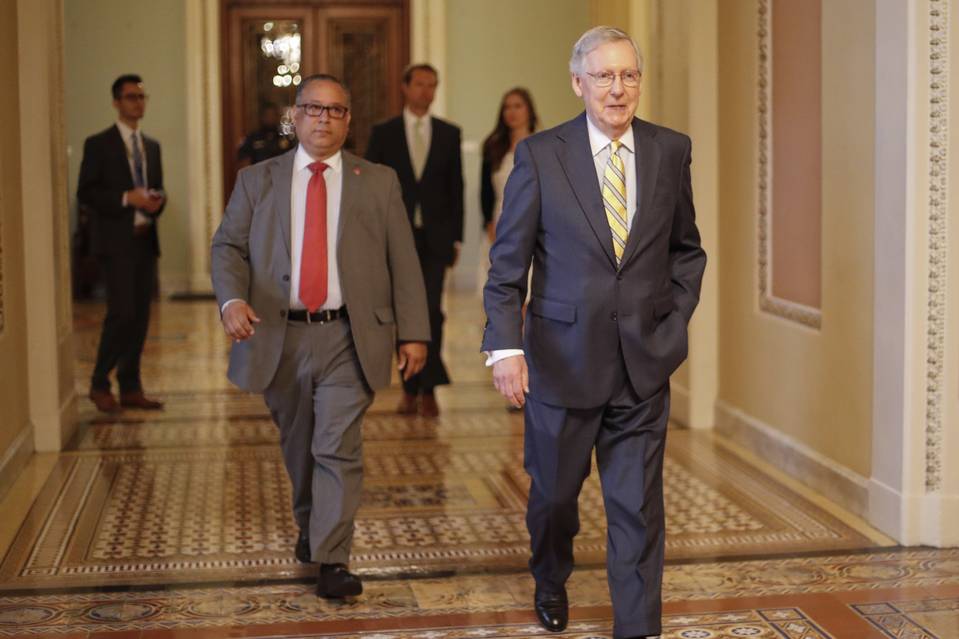 You can’t drive a stake through its heart. It looks like ObamaCare will live on — or at least until the death spiral of premium and deductible hikes force Congress to pass single-payer, as was the plan all along.

Today the Senate Republicans released their revised repeal and replace legislation, according to The Wall Street Journal, and it would include steep Medicaid cuts. With only 52 Republicans in the Senate and no Democrat likely to get on board, that likely means Republicans like Dean Heller of Nevada will balk and the 50 needed votes can’t be found.

“If you want my support (on repealing Obamacare) … you better make sure that the Republican governors that have expanded Medicaid sign off on it,” Heller was quoted as saying by a morning newspaper columnist a few weeks ago. “I’ve been saying that for months. … Where is Governor (Brian) Sandoval? What does he think?”

Sandoval was one of 31 governors to expand Medicaid with the promise that the feds would pick up 90 percent of the cost. He was quoted as saying, “As a result of [expanding Medicaid] we’ve added 210,000 Nevadans and allowed them to access health care,” Sandoval said. “These are our friends. These are our families. These are our neighbors.”

In addition to Heller several moderate Republicans have voiced opposition to Medicaid cuts.

So, when the death spiral hits bottom, that’s when the Democrats’ plan will kick in. Nevada’s former Democratic Sen. Harry Reid admitted four years ago on public radio here that the country will eventually drop private health insurance for the single-payer government-run-and-funded medical coverage.

Reid said the country has to “work our way past” private health insurance.

“What we’ve done with Obamacare is have a step in the right direction, but we’re far from having something that’s going to work forever,” Reid was quoted as saying by the Las Vegas Sun. “We had a real good run at the public option … don’t think we didn’t have a tremendous number of people who wanted a single-payer system,” but he could not get enough votes then.

At a meeting with constituents in April in Las Vegas, Reid’s successor Catherine Cortez Masto was repeatedly asked about single-payer legislation.

At first she said, “We are fighting Republicans who want to take away health care. […] We have to be realistic.” But when asked again about single-payer, she replied, “I will take a look at it.”